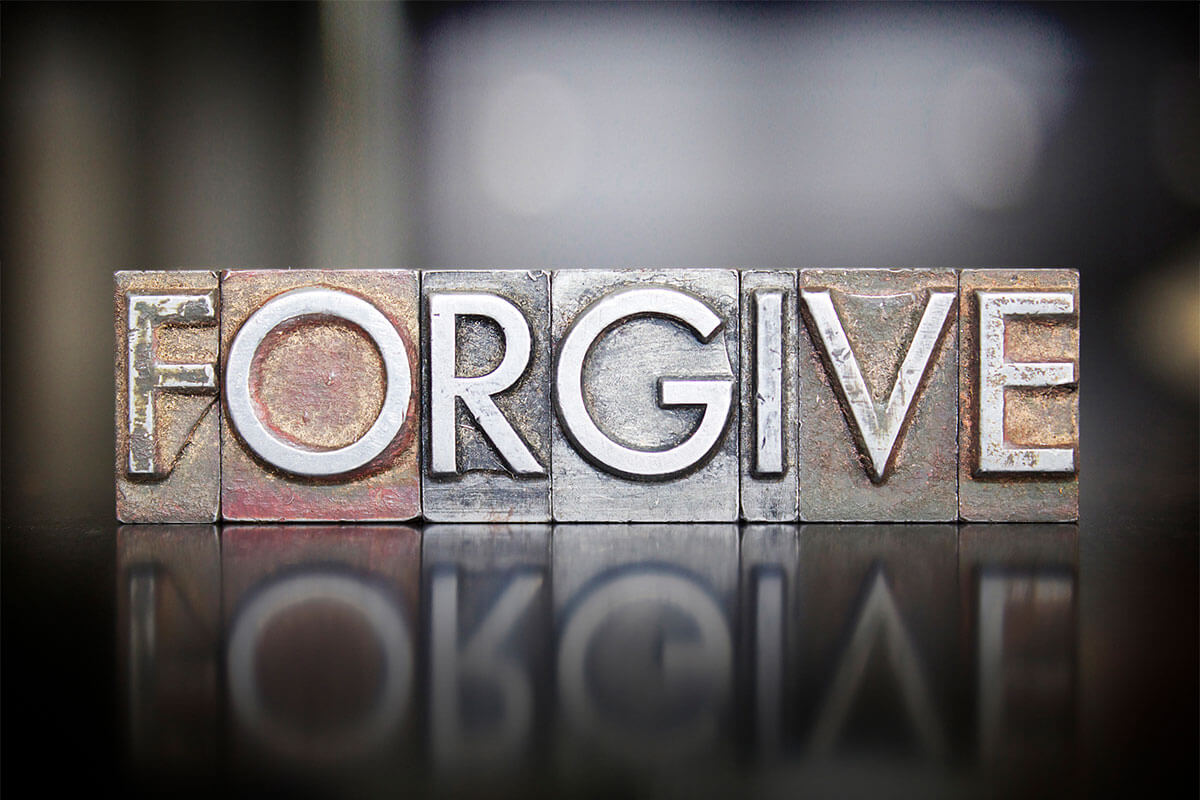 “And be ye kind one to another, tenderhearted, forgiving one another, even as God for Christ’s sake hath forgiven you.” (Ephesians 4:32)

As we journey along the pathway of life, there will be occasions when we are wronged by others. This is a part of life. We are all human and as such, prone to sin. Just as true as the fact that there are others who will do us wrong, it is likewise true that we will wrong others. Sometimes such hurts are deliberate, enacted with a willful intent of doing injury to another; and sometimes they are inflicted in careless ignorance with no malice aforethought. No matter if the hurt is deliberate or done in ignorance, it is still a wound to the one who is wronged.

Like a physical wound, the important thing is to quickly respond with treatment to stem the ramifications which may result from the injury. When one suffers a physical wound, the first response is to clean the wound and apply the appropriate treatment or medication to promote rapid healing. The same is true of those wounds that we receive in our inner man. Failure to do so may allow the opportunity for the introduction of things that could cause further complications, greater damage, or even death.

One of the most important treatments which can be applied to a wound received at the hands of another is the balm of forgiveness. Failure to do so often results in the introduction of bitterness, which can result in greater damage or even death. So, the matter of forgiveness is very important. Let’s briefly consider some thoughts about this matter.

Let’s begin with Forgiveness Explained – What do we mean when we use the term “forgiveness?” Webster’s Dictionary gives us the following definition for the word ‘forgive:’ “1. To cease to feel resentment against (an offender): PARDON (one’s enemies) 2. a: to give up resentment of or claim to requital for (an insult) b: to grant relief from payment of” (Webster’s Seventh New Collegiate Dictionary [Springfield: G. & C. Merriam Co.], p. 328). It is notable that the dictionary definition addresses the fact of giving up resentment and claim to requital for some wrong which has occurred. I have learned to express forgiveness as “granting pardon for an offense and placing the offense in the past, never to be brought up against the offender again.” Many are reluctant to forgive because of the implicit promise of never again recalling the offense against the offender. This causes the person who has been wronged to lose his power to manipulate the offender by using guilt from the past offense.

But for the Christian, Forgiveness is Exhorted – “Be ye kind one to another, tenderhearted, forgiving one another” (Ephesians 4:32). Thus, when we have been wronged (and it will happen to us all), we have a choice in how we will respond. We can be disobedient to God’s Word and hold resentment in our hearts, demanding that the offender requite us in some way for the wrong he has done; or we can respond in obedience and choose to put the offence behind us, giving up any resentment or claim to requital and never bringing it up again. By no means does this entail covering sin. Most certainly, if a crime has been committed, the proper authorities should be notified, and action should be taken. Likewise, there are always consequences for sin—this does in no wise eliminate the consequences of one’s wrongdoing. But the truth is that many offenses are not of a criminal nature—a harsh word, an untrue report, a mischaracterization of one’s words, a difference of opinion—these and many other things bring offence. When a wrong is suffered, we must be ready to respond in a biblical way by forgiving and renouncing any claim to requital.

For us, Forgiveness is Exemplified by God Himself. The writer of Hebrews reminds us of the covenant which God said He would make with His people. A segment of the covenant is expressed by God’s promise: “their sins and iniquities will I remember no more” (Hebrews 10:17). This forgiveness is based on the sufficiency of the sacrifice of Christ on Calvary (Hebrews 10:12, 14). Notice how it is expressed: “Their sins and iniquities will I remember no more.” God does not promise to forget the wrongs we have done to Him (for all sin is a wrong against God); but, rather, God said that He would not remember them. While forgetfulness is a trait of human frailty, not remembering is a deliberate choice. Not to remember is “not to recall from the past and bring to become a part of the present.” When our sin is forgiven, God chooses not to bring it up to us again. It is finished.

It is very essential that we note God’s precise promise because the Scriptures reveal a wonderful truth to us. As we read throughout the Bible, we are told of many occasions where “God remembered.” For example, we read that God remembered Noah (Genesis 8:1); God remembered Abraham (Genesis 19:29); God remembered Rachael (Genesis 30:22); God remembered Hannah (I Samuel 1:19). In every one of these incidents, when God remembered, He was provoked to action. A careful examination of the Scriptures reveals that this is always the case; when God remembers, He is provoked to action. But God has promised not to remember our sins and iniquities. Thus, our transgressions will never be used to provoke God to action against us. While others may remember and be provoked to action against us through reminders or accusations, God will never do so. What a solace for the child of God that “If we confess our sins, he is faithful and just to forgive us our sins, and to cleanse us from all unrighteousness” (I John 1:9). Let’s each work to forgive others as God has forgiven us.