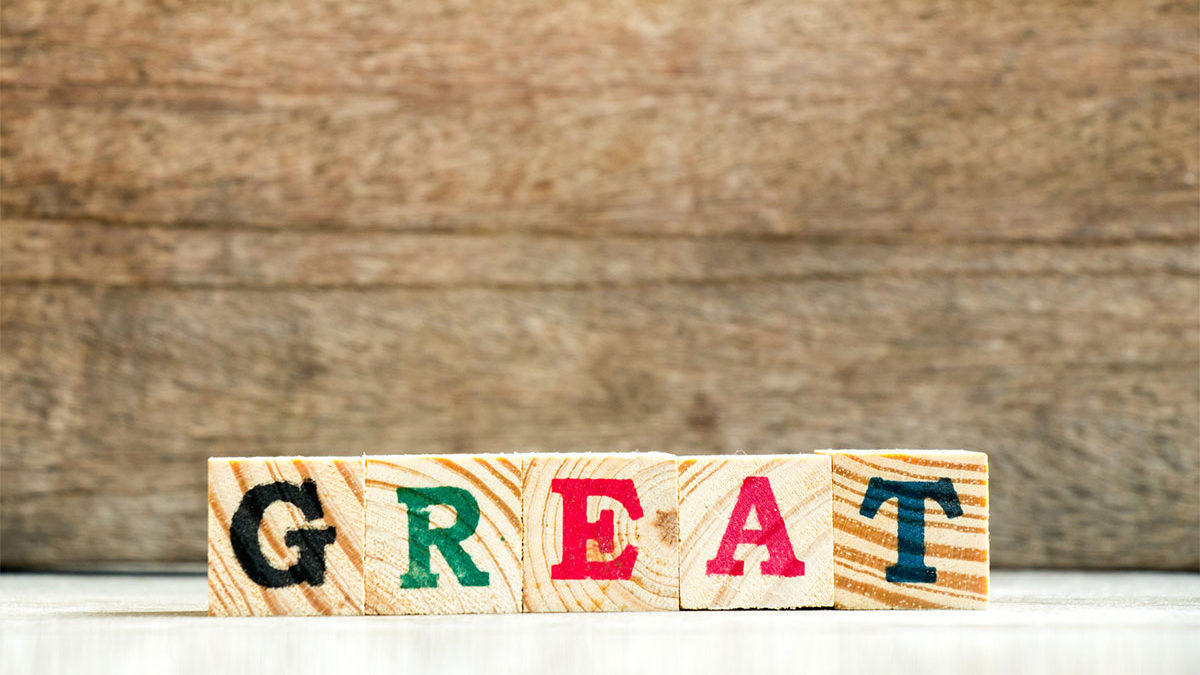 To be truly great in God’s eyes, one must minister according to his ability and according to the needs of others. Christ’s ministers are not to “lord it over” others. Ministering to others shows humility and indicates a desire to meet the needs of others and to help provide for their highest good. Jesus does not condemn our desire to become great but does not want us to become prideful or superior in attitude toward others.

The word “minister” is the word for “servant” and is used in reference to the “deacon,” but it often applies to ministers of the Gospel, as in 1 Corinthians 3:5, “Who then is Paul, and who is Apollos, but ministers by whom ye believed, even as the Lord gave to every man.?”

Look at the world around you; it has its own definition of greatness.  We live in a world where righteousness is mocked and wickedness is made to look normal. My purpose for this message is not necessarily to teach us to be great but to examine the characteristics of true Bible greatness in the ministry. In other words, what causes someone to be great, and what are the characteristics of a great person?

By looking at some of the great men and women in the Bible, we can evaluate where we fit. Jesus gave the disciples three ways to define true greatness:

1. Greatness in the World is Not Greatness With God!

Verse 25, “But Jesus called them unto him, and said, Ye know that the princes of the Gentiles exercise dominion over them, and they that are great exercise authority upon them.”

Most Christians judge greatness by standards of the world.

Greatness in the Bible was never determined by how much money someone had or how much influence or power they claimed to have. Greatness was always given to the one who was a servant. Greatness is serving, and God is calling each of us to serve, not to be great. Here are three questions we ought to ask:

The world attributes greatness to movie stars, sports figures, those with talent in music, and sometimes to those in politics. Great people in the world have four things most of us want: power, fame, money, and influence. We need to recognize that greatness is not determined by how much money we can get our hands on or how much power we wield, but greatness is serving.

D. L. Moody was a servant; he shined the shoes of those who attended his conferences. Would you and I be willing to be that kind of a servant? Serving can be done for selfish reasons: recognition, one’s name on a plaque, fifteen minutes of fame, etc.

Serving is a choice. Look at verse 26, “But it shall not be so among you: but whosoever will be great among you, let him be your minister.”

This kind of greatness will not be forced upon you, but will be a choice. “Let him be your minister,” or servant. No one will force you to serve, and there is really only one person who can keep you from being a servant.

Here is an important lesson: Servanthood is not a stepping stone to greatness, because servanthood is greatness. In other words, you are great because you serve–would you be a servant?

I believe we have lost our burden to serve because we have a clouded vision of greatness. Serving is greatness! Greatness cannot be planned, organized or scheduled, because serving is the greatness.

2. Jesus is Our Example of Greatness!

Verses 27-28, “And whosoever will be chief among you, let him be your servant: Even as the Son of man came not to be ministered unto, but to minister, and to give his life a ransom for many.”

Greatness is really no more than taking the place of a servant.

A national talk show host refers to many of his callers as “Great Americans.” How would it be if someone said of you and me, “You are a great servant?”

Do you want to be great? Be a servant.

Blessed Is The Nation