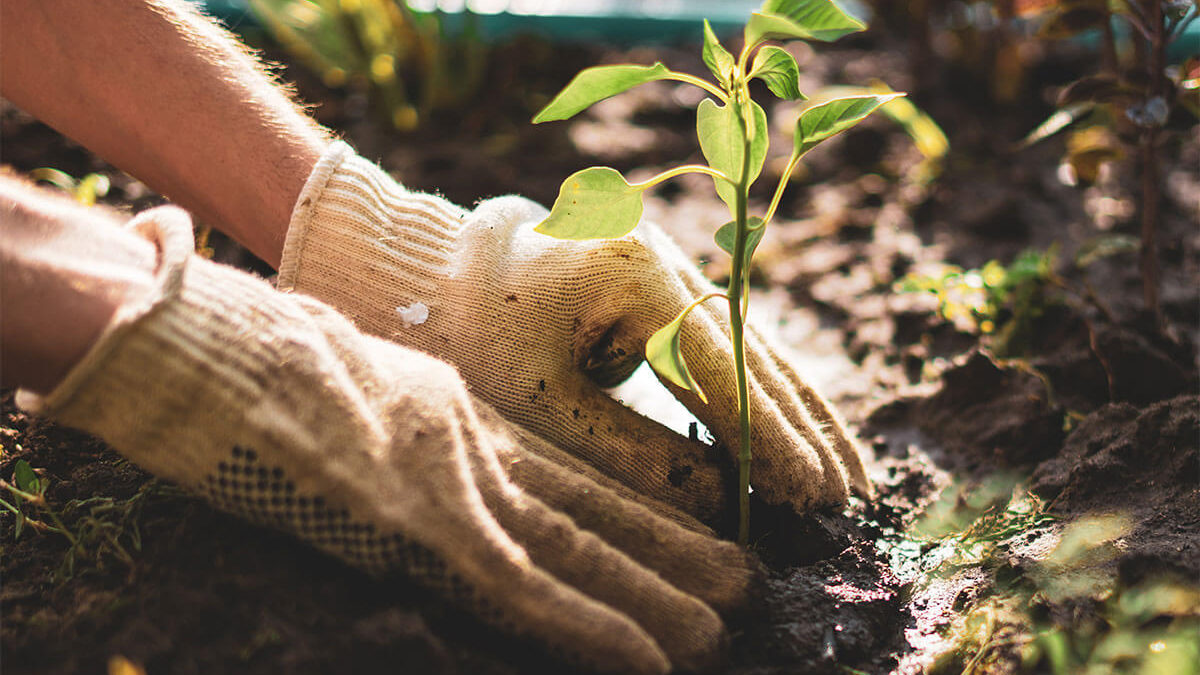 “And he shall be like a tree planted by the rivers of water, that bringeth forth his fruit in his season; his leaf also shall not wither; and whatsoever he doeth shall prosper.”  -Psalm 1:3

I have known for some time that neither of my thumbs is green. I’ve made several attempts at growing various herbs and flowers, all to no avail. I even killed a cactus once. Yes, my thumbs are quite black.

My brother-in-law, on the other hand, though he only began gardening fairly recently, has seen quite a bit of success in his attempts to get pretty and edible things to emerge from the dirt. While admiring his harvest one day, I began to think…why is it that he can coax an uncanny number of cherry tomatoes and butternut squashes from the soil, while I can’t even keep a pre-potted geranium alive? What makes his thumbs so green while mine remain such an invariable black?

After studying my brother-in-law’s gardening practices and comparing them to my own, I came to a simple and logical conclusion: he was willing to invest where I was not. He did his research; I relied on what I already knew about plants (which was not much). He invested a fair amount of money into his garden; I bought a pot and a spray bottle at the dollar store. He spends hours every week pruning and watering and doing whatever else goes into growing healthy greenery; I could barely be bothered to water my poor blossoms consistently.

Time, money, sweat, blood—you name it, and it’s gone into his garden. And as a result of his investments, my sister-in-law has been able to make salads, zucchini bread, and jars of homemade spaghetti sauce galore! My gardening, however, was only a vague inclination: I had merely a casual interest in my plants. And because I had invested so little in them, my heart was not broken by their loss.

The spiritual application of this realization was not lost on me. Any good gardener will say that growing healthy plants requires a commitment of time and work. Likewise, in order to grow in our spiritual lives, as well as in the ministries in which God plants us, we must be willing to invest. If I have only a casual interest in my prayer life, I won’t grow spiritually. If my commitment to my bus route or Sunday school class is merely a vague inclination, it won’t grow either.

I doubt that this will change the fates of any plants unfortunate enough to cross my path—I’ll leave the gardening to my brother-in-law. However, seeing a garden is now a good reminder to me of the investment that I must be willing to make if I am ever to grow anything worthwhile for God.

He Picked Out a Valley for Me