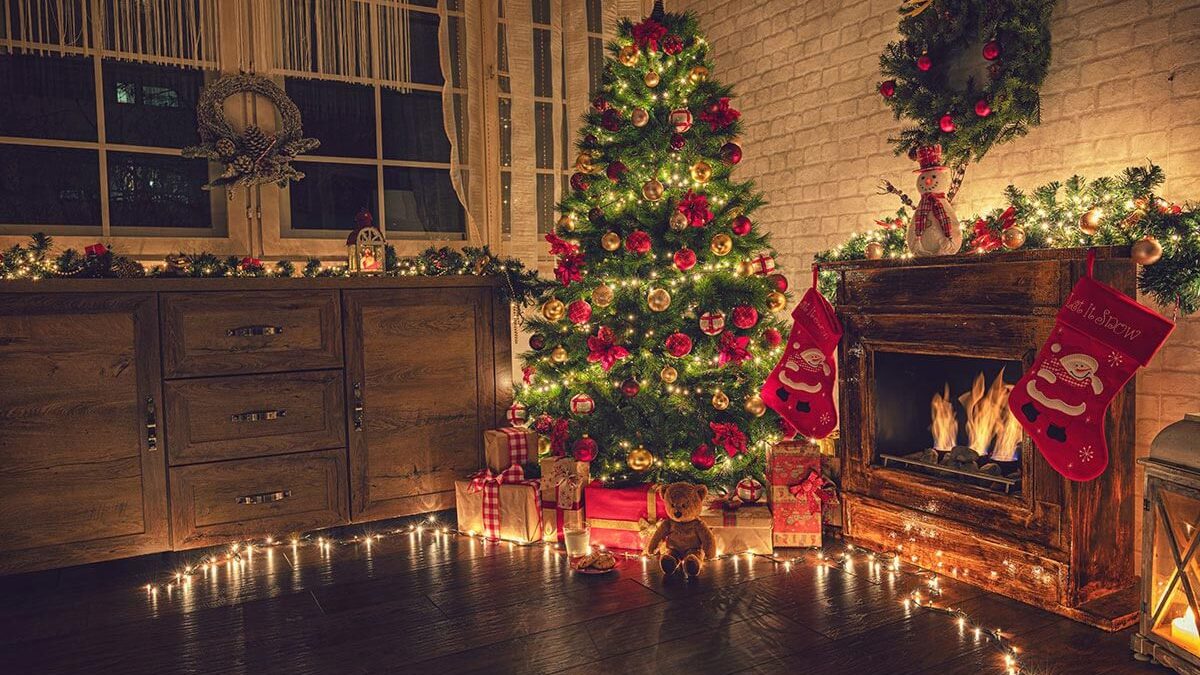 Not long ago, I was decorating the big tree in our front room. It is probably the best tree our family has ever purchased–a Noble Fir, flocked and with sparkles! It was lovely. While decorating it, I was feeling rather confident in my skills and was thinking maybe I would add just one more element to my tree. Turning to the source of all decorating inspiration (insert angelic choir), I went on Pinterest. Soon my confidence began to wane as I scrolled through all of the pictures of exquisitely decorated trees. I once again turned my attention to the tree in the living room, which had now lost some of the sparkles. For a moment, I just had to walk away. Here I thought that I was doing pretty well, making our tree the best that it could be for the family. It was enough to make me want to stop trying because that is always the answer, right? If it is not perfect, why bother?

After a few minutes of wallowing in all my feelings, the Holy Spirit convicted me. If I had not seen those other trees, I would not have even been feeling this way. Yet, isn’t that how we all are, perfectly content with life until we see someone else or something else that we think is better? Comparison is a funny evil. On the one hand, it can make you feel so much better about yourself, but the flip side of that same coin is discouragement and a hollow feeling inside. Is it any wonder that God’s Word cautions us against this very action? In II Corinthians 10:12, it says, “…but they measuring themselves by themselves, and comparing themselves among themselves, are not wise.” “Not wise” translates into foolish… as in the case of the stupids! Comparing my tree and my life to others is “not wise.”

But here is the best part: the more you strive and the older you get, the better you get at “life.” Our first family tree was laughable. We had been married a year, I had a 4-week-old baby, and my only goal was simply to get a tree. The one we purchased was too big for the ceiling of our apartment. My husband “fixed” the debacle by chopping a foot off the top so it could at least stand upright. We had a string of lights and one box of ornaments. If you have pictured a green bush thing filling a corner that only has one side decorated, then you would be correct. The next year, we had a tree that fit, and I added snowmen; but I was also growing as a wife and mother. Those early years were not easy, but they were filled with sweet memories and laughter.

As the years pass, we add to our Christmas decor and our lives. After we moved, out went the blue and silver, and the reign of red and gold began; and we added more involvement in the work of the ministry, helping out during conferences with vacuuming or working in the children’s programs. The additions were small in both areas, but we added. The year we decided to become a multi-tree family, we also add a ministry to our lives, the Pee Wee Pirates. The following year, each of my girls got a small tree for their rooms, and I added another nursery rotation. A tree was added to the front porch a year later, and my husband was asked to serve as a deacon and I as a deacon’s wife.

Almost fifteen years later, from that first Christmas tree and the frazzled wife and mom that I was, I stand before that beautiful Noble Fir flocked and with sparkles. It is a nice tree, but more importantly, it is perfect for us. It was foolish of me to compare my tree to the ones on Pinterest. It would be just as foolish of me to compare my life with that of someone else. My prayer is that at the end of each day, I can say like the woman in Mark 14:8, “…she hath done what she could:” After all, comparing is just simply… not wise.

No Wood, No Fire