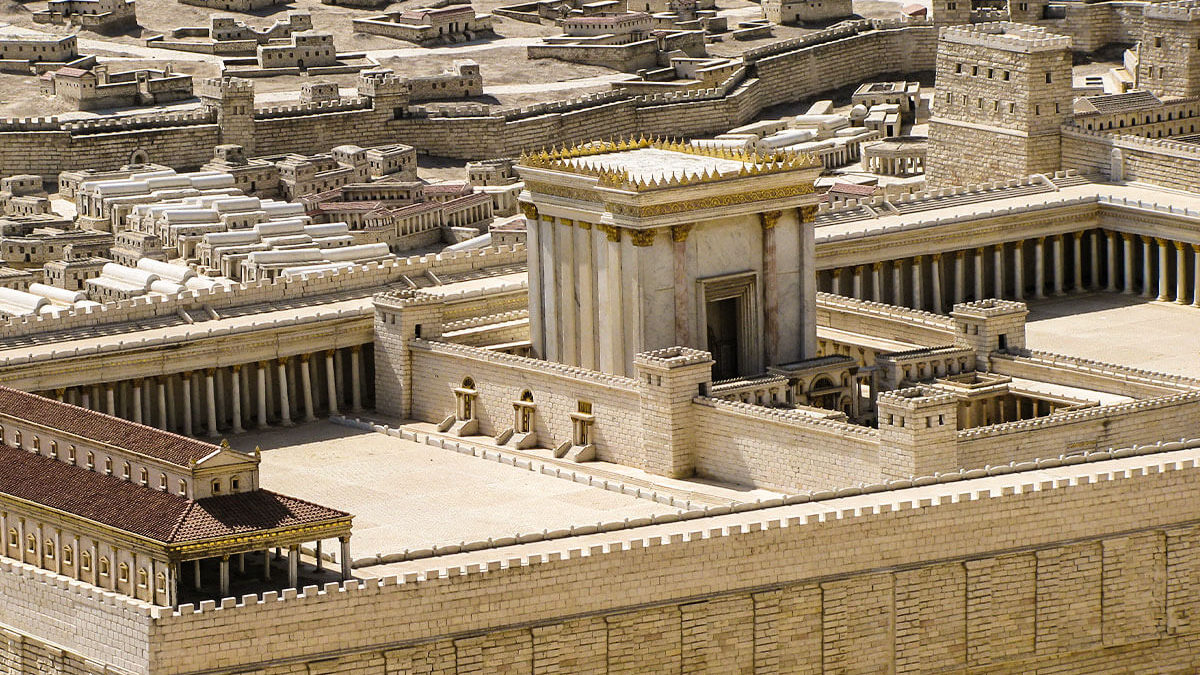 As we approach Christmas day, our attention is drawn to the events which surrounded the coming of the Lord Jesus Christ. One of the most comprehensive accounts of those days is found in the opening chapters of the Gospel of Luke. A careful reading of the first two chapters of Luke’s Gospel will reveal that there are seven main characters around which the story revolves. They are (in order of appearance): Zacharias, Elisabeth, Joseph, Mary, John the Baptist, Simeon, and Anna. Of these seven the world took no notice. Chapter three of Luke introduces to us an additional seven characters: Tiberius Caesar, Pontius Pilate, Herod, Philip, Lysanias, Annas, and Caiaphas. The world esteemed these individuals as being of great importance. But God views things from a different perspective. While God devoted 132 verses of His Book to recounting the lives of the first seven, He allocated less than two verses to the latter seven. So these first seven must have been of great importance to God. One of the seven is the subject for our thoughts for today. His name is Simeon.

“And, behold, there was a man in Jerusalem, whose name was Simeon; and the same man was just and devout, waiting for the consolation of Israel: and the Holy Ghost was upon him” (Luke 2:25). The name Simeon means “hears and obeys, or hearing with acceptance.”[i] And Simeon’s life matched his name—he was not just a hearer but a doer as well.

The first word used by the Spirit of God to describe Simeon is the word “just.” This word has to do with being “equitable (in character or act); by implication, innocent or holy.”[ii] How could a mere man be considered just? That was a question Job faced, “How should man be just with God?” (Job 9:2). We know that “all have sinned” (Romans 3:23), so how could Simeon be called just?

He had to recognize his iniquity. The first step is to recognize that we are sinners. We are told that “There is none righteous, no, not one” (Romans 3:10). There is no hope for a man being saved until he first recognizes that he is lost.

He also had to realize his inability. Not only was he separated from God by his sin, but he could never remedy the problem on his own. Although he was without a doubt a devout Jew who sought to carefully observe all the requirements of the law, this could never save him. As Paul reminds us, “Therefore by the deeds of the law there shall no flesh be justified in his sight” (Romans 3:20). All the rules and regulations, no matter how scrupulously followed, could never make an unjust man just. What then could be done?

Then he had to receive God’s invitation. All of the elements of the Jewish sacrificial system were mere types and shadows pointing men to a Savior Who would come. It was by their obedience to this sacrificial system that individuals acknowledged several important things. First, they acknowledged that they were separated from God by sin. Second, that God desired to be reconciled to them, thus the reason for the provision of such a system. And third, that God’s plan (although not fully comprehended or understood) would be sufficient to bring about this reconciliation. As Paul expressed it, “Therefore we conclude that a man is justified by faith without the deeds of the law” (Romans 3:28). It was not the deeds of the law which brought justification but faith in the plan of God.

Simeon had heard a word about his condition as a sinner, and he did something about it.

The second descriptive term the Bible uses concerning Simeon is the word “devout.” This word “signifies careful as to the realization of the presence and claims of God, reverencing God, pious, devout. This one is an anxious and scrupulous worshipper who never changes or omits anything because he is afraid of offending”[iii] Simeon was a great example for believers to consider. He was faithful in his presence. When we read of him, we find that he was at the temple, the house of God. He was moved to be there by the Spirit of God (v. 27). The Spirit of God will never lead us in a direction that is contrary to the plain teaching of Scripture. Hebrews 10:25 clearly instructs us to not forsake the assembling of ourselves together. If we willfully absent ourselves from church at the appointed hour of assembly, we are not being led to do so by the Spirit, nor can we be considered to be a devout Christian.

Simon was firm in his practice. As one who was “an anxious and scrupulous worshipper,” Simeon must certainly have focused on simply doing right in every situation. Regardless of what the crowds may have done, despite the circumstances he may have faced, and regardless of the cost it demanded, Simeon just obeyed God.

Simeon was also fervent in his praise. In verses 29-32 we read the words of praise that rose from the lips of Simeon as he saw in the infant Christ-child, the Savior of the world.

Simeon had heard a word about consecrated service, and he did something about it.

The third characteristic about Simeon which is divinely recorded for us is that he was “waiting for the consolation of Israel.” This means that Simeon was awaiting with confidence and patience the coming of the promised Messiah. This was the hope which sustained him as he lived in a dark world.

He had a word about the Lord’s coming. Simeon was familiar enough with the Old Testament Scriptures that he could tabulate the coming of the Messiah. He could read Daniel’s prophecy of seventy weeks of years (490 years). He could figure out when it began and when Messiah was to be cut off. Certainly, the Messiah would not begin His work at an earlier age than a priest would (30 years of age). If that be true, then Messiah must be about to appear on the scene. Micah had said He would be born in Bethlehem, and Malachi had declared, “the Lord whom ye seek, shall suddenly come to his temple” (Malachi 3:10). That was it then—the time was right; he needed to look for a baby from Bethlehem.

Thus, he was watching for the Lord’s coming. Day by day, while surrounded by people whose only thought was for today, Simeon was watching for the coming of the Lord. A day in which the Lord did not appear only raised the prospect that perhaps tomorrow would be the day.

And Simeon was a witness to the Lord’s coming. Sure enough, God’s Word was proven to be true, and “when the fulness of the time was come, God sent forth His Son, made of a woman” (Galatians 4:4), and Simeon was alive to see it come to pass.

He had heard a word about the Coming Savior and did something about it. Simeon is the epitome of that person about whom James exhorts us when he writes, “But be ye doers of the word, and not hearers only” (James 1:22).