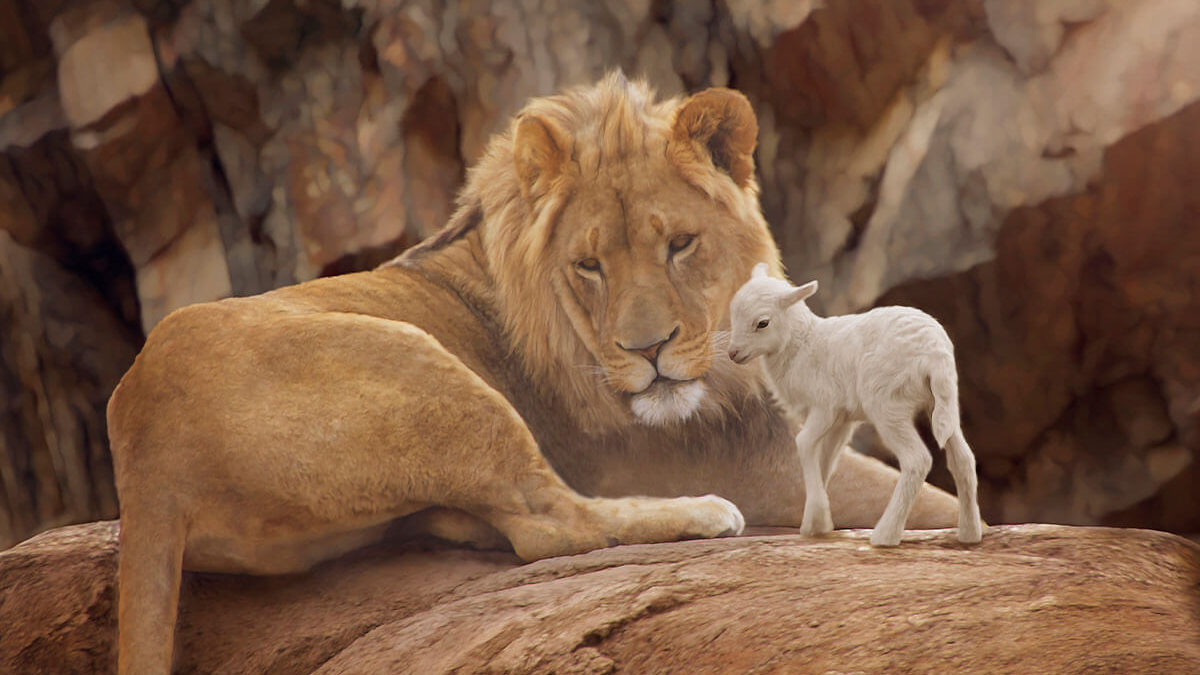 Contrast is defined as meaning “to compare in order to show unlikeness or differences; note the opposite natures, purposes.” We draw contrasts to show how two things are different. Think cats and dogs, or night and day, or oil and water. These things have obvious differences. They contrast. When we consider Christ in the Bible, our Saviour is referenced with several contrasting titles.

In Revelation 5, John is told to look and behold the Lion. Revelation 5:5 says, “And one of the elders saith unto me, Weep not: behold, the Lion of the tribe of Juda, the Root of David, hath prevailed to open the book, and to loose the seven seals thereof.” As John looks on into the eternal scene, it is not the Lion that he sees, but the Lamb. The sixth verse reads, “And I beheld, and, lo, in the midst of the throne and of the four beasts, and in the midst of the elders, stood a Lamb as it had been slain, having seven horns and seven eyes, which are the seven Spirits of God sent forth into all the earth.” John is told to look for a lion but beholds a lamb. Now, we understand from our knowledge of the Bible and the context of our text that the Lion mentioned and the Lamb that John sees are one and the same!

Jesus is both Lion and Lamb. He is both Ruler and Sacrifice.  He is both powerful and submissive. The lion and the lamb are very different animals. They have more things that would be contrasting than similar. These two animals are at opposite ends of the animal spectrum. One is predator. One is prey. One is powerful. One is meek. They’re very different. Yet, Jesus is both Lion and Lamb.

As you read the Bible you find Christ referred to by several contrasting titles. He is the God-man. Jesus is the Alpha and Omega. Jesus is the Great Shepherd and the Lamb of God. Jesus is our Atonement and our High Priest. It’s amazing to consider the list that we could compile on our contrasting Christ.

Now, what is significant about these titles? I believe that the contrast shows us the completeness of our Saviour. He doesn’t live at one end of the spectrum, but rather he encompasses the entirety of the spectrum. He is not boxed in or cornered. He encompasses all of everything that we’ll ever need Him to be! He’s the beginning and the end. He is the Resurrection and the Life. He is the King of Kings and the Servant.

When we talk about Christ, we can be quick to declare that He is all in all! The Lion is the Lamb. The Lamb is the Lion. Perfection personified is Jesus. Completeness complete is Christ! The filler of all and in all is the Lord. Everything we need Him to be today, He is. Everything we’ll need Him to be tomorrow, He is. No matter the situation and no matter the season of life Jesus is enough!