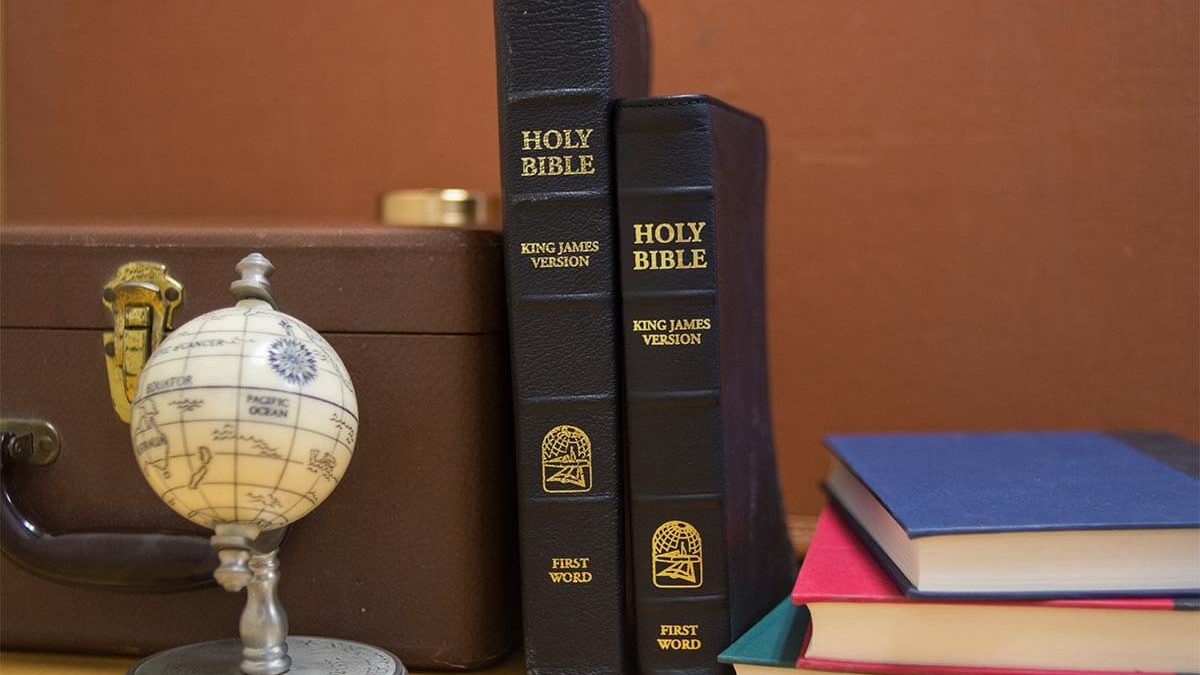 In the day in which we live, once more the clouds of doubt seem to be sweeping across the ranks of Fundamentalism. As a new generation of leaders rise to replace those of yesteryear, the sense of dissatisfaction and disillusion with the actions of the past has beckoned with seducing hands to a ‘new’ Fundamentalism: a Fundamentalism marked by tolerance and broad-mindedness in areas which were once considered to be sacrosanct. These would include matters such as music, separation, worship, and most importantly the Scriptures. A desire to be considered scholarly, tolerant, and relevant has opened the door to a slippery slope which will lead to the loss of all that has been held dear to generations of Bible-believing Christians.

To me, one of the most alarming trends is that of an undermining of confidence in the Word of God.

I do not stand with those who would claim that the KJB is some sort of newly inspired, improved Word of God. I do not believe that there was some kind of second inspiration which would correct earlier manuscripts.

But neither am I a part of the crowd who believes that the Word of God can only be found in the original language manuscripts, thus necessitating a comprehensive knowledge of Greek and Hebrew to discover exactly what ‘thus saith the Lord.’

My position is simply that I believe that the same God Who originally gave us His Word has supernaturally preserved that Word for the English-speaking people in the King James Bible. I know that the scholars will refuse to be persuaded and will think me unlearned. They abound with arguments over translations and manuscripts, always arriving at doubtful conclusions. And although I possess multiple degrees from institutions of higher learning, I consider myself to be neither wise nor a scholar. I simply choose to weigh the evidence discernible to the common man and make a choice by faith.

The first witness to the King James Bible is the Principle behind its translation. In Deuteronomy 17:18, it is written that one of the responsibilities of a king was to make a copy of the Word of God. Even if a person unknowingly obeys the principles of God’s Word, there is blessing that follows. There is not another English translation to my knowledge which can lay claim to this fact.

The second witness would be the People who oversaw the work of translation. These men not only possessed a great reverence for God’s Word, but as a group, they possessed a degree of knowledge that will probably never again be assembled in one place to work on a single project. To read of their concern and carefulness with which they strove to check and recheck their work gives one great confidence in their determination to produce the best work conceivable.

The third witness to testify on behalf of the King James Bible is the Product of its use. It has been the text which has resulted in great spiritual awakenings and revivals. It has been the text which has left in its wake a trail of lives that have been dramatically transformed. It has produced men and women who were willing to hazard their lives around the world to spread the Gospel it proclaims. Moreover, I myself have experienced personally the effect of this book on my life.

The final witness which bears testimony to this divine book is that of the Parties who unite against it. A great measure of a man is the assembly of his enemies. United together in opposition to the King James Bible stands an amazing array of foes. Apostate denominations, liberal scholars, worldly-minded compromisers, and ‘new’ Fundamentalists have joined together to sound forth voices of doubt concerning the authority, accuracy, and acceptability of the King James Bible. Those who differ on many other subjects unite in their rejection of the Word of God.

Let me give you a simple analogy in layman’s terms. As I write these words, I am traveling at an altitude of 35,000 feet above sea level at the speed of over 600 miles an hour. I am in flight to visit my only granddaughter. It is a trip which is made sweet by the anticipation of arrival. I am sitting in an airplane. I cannot argue the principles of aerodynamics, aeronautics, or mechanical engineering-these matters are beyond my sphere of knowledge. However, I am confident the plane was designed and constructed by people who are more than competent in such matters. I have confidence that the plane in which I am traveling was constructed in accordance with proven principles.

I do not personally know the pilot, nor have I checked his credentials, but I believe that he has applied himself to his craft and can do what is necessary for a safe flight.

Living only ten minutes from an international airport, I have observed hundreds of airplanes taking off and landing, transporting people to places around the world. Moreover, I myself have experienced this thing called air travel-I know personally what it can do.

Finally, with all the evidence on behalf of the safety and benefits of air travel, there are still those who seek to cast doubt on it. Those who either out of fear, doubt, animosity, or sheer ignorance would oppose travel by air are considered a very bizarre crowd because they stand in opposition to something with such evidence on its behalf.

Though I cannot argue great principles concerning Greek, Hebrew, or manuscript evidence, I know the King James Bible rests on a biblical principle. Although I personally did not know the translators, I have read enough about them that I have confidence in their competence and carefulness. I have seen enough of what this book has produced (and experienced it personally) to believe it has the hand of Divine favor upon it. And, to me, those who stand against it are part of a bizarre crowd who reject the witness of common sense in favor of hypotheticals and doubtful disputations designed to impress the simple and appeal to the skeptic.

And so, in my simple faith, I will sail along in this airplane toward a reunion with those I love. In a few minutes, I will put away this device I am using, recline my seat, and catch a nap: all the while in peaceful bliss winging my flight to my appointed destination. Though the flight may get bumpy, there is too much evidence for me to be concerned-it has worked until now, I’ll keep trusting today.

And likewise, with my Bible. I set sail for the appointed destination called Heaven over fifty years ago. The old King James Bible has carried thousands of saints through clouds of sorrow, over mountains and valleys and has landed them in safety on that blessed shore; I have perfect peace it will see me through. And though the trip may get bumpy at times, I’ll place my faith in the God Who never fails.

To paraphrase a well-beloved song:

Yes, that’s the Book for me!

I stand alone on the Word of God,