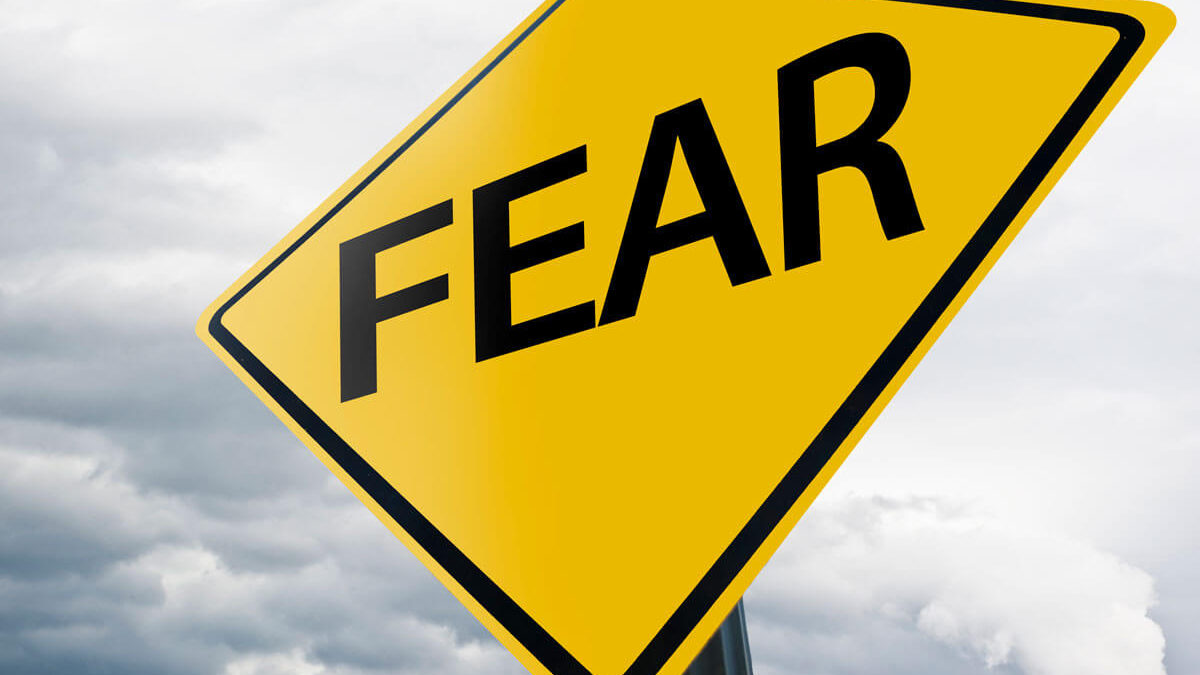 What Are You Afraid Of?

Most people would agree that there are plenty of things to fear in the world right now. No matter who you are, what you do, or where you live, it is more than likely that you will encounter something scary today. The focus of this article is not on the profound reverential type of fear one has for a Holy God. That kind of awe-inspiring fear brings wisdom (Job 28:28), knowledge (Proverbs 2:5), life (Proverbs 19:23), length of days (Proverbs 10:27), riches, and honor (Proverbs 22:4). This article is concerned with unprofitable fears. Here are a few examples from the Bible’s story of Lot. You may recognize one or two.

1. Fear of Missing Out (aka FOMO). After splitting up from Abram, Lot moved to “the cities of the plain, and pitched his tent toward Sodom” (Genesis 13:12), where the population was “exceedingly” evil.

Lot was like a lot of young people today who grow up in a good Christian home. He never really intended to participate in the immorality, drugs, and alcohol so readily available in Sodom. Undoubtedly, he thought that he could walk with the ungodly, stand with the sinners, and attend the Saturday night parties without ruining his testimony. He was wrong. He became “vexed with the filthy conversation of the wicked” (2 Peter 2:7). He would have fared better juggling chainsaws set on fire with his eyes closed than partying with the unsaved.

2. Fear of What People May Think. Bible implies that Lot got married and raised a family, but the Bible records that Lot became a ruling elder sitting “in the gate.” Do you think that he was able to accomplish all of this if everyone in Sodom knew that he was brought up by the man known as “the Friend of God” (James 2:23)? Me neither.

Like a lot of Christians today, Lot could have sensed that his wicked neighbors would be uncomfortable hearing about an all-powerful holy God, and he didn’t want to offend them. Instead of worrying that his neighbors would be offended by the living Word of God, Lot should have been concerned that they were about to be incinerated by the unquenchable fire of God.

3. Fear of What People May Say. Have you ever wondered why Lot was so insistent that his angelic visitors not spend the night camping out in Sodom? Even if Lot was not aware of the supernatural powers that angels possess, why was he so resolute that the angels stay inside with him? My guess is that Lot knew they were sent from God, and he didn’t want them talking to his neighbors because Lot was a Sunday morning temple-goer who spent the remaining days and nights of the week fitting in with the citizens of Sodom.

Lot should have remembered that God was “acquainted with all” his ways (Psalm 1339:3) and all sins “will find you out” (Num 32:23). The agents of God already knew what Sodom was like and had been sent there by God to deal with its wickedness. Lot should have let them camp outside while he made a bowl of popcorn and pulled up a chair by the window to watch the show.

4. Fear of What People Do. I think that Lot was surprised at the rudeness of his neighbors who had come with such evil lascivious intents for the two angels in his home. After all, Lot was an important official in Sodom who sat “in the gate.” Lot was so afraid of what these men would do that he offered to exploit his innocent daughters.

Any parent would be horrified at this unthinkable gesture, but Lot almost certainly knew that he wasn’t putting his daughters in much jeopardy. The men of Sodom were not renowned for being girl-crazy. Again, with or without a bowl of snacks, Lot should have allowed these spiritual beings to accomplish what God had sent them to do. In other words, he should have stood still and seen “the salvation of the Lord” (Exodus 14:13).

5. Fear of the Unknown. While the angels tried to hurry Lot and the remanent of his family out of the city, “he lingered” (Genesis 19:16). He knew what he should do, but he couldn’t quite do it despite the fact that he, his wife, and daughters were facing a 2nd millennial BC version of the bombing of Hiroshima.

Lot was acting like Christians today who hear the Word of God but do not heed it. It is never the right time to tithe, join a bus route, or teach a Sunday School class for Christians who linger. While they delay, they fail to consider who or what may avoid destruction if they obeyed God’s Word. The angels were forced to physically drag the Lots out of their home when this family should have set a new Olympic class speed record fleeing the city.

The kind of fears that Lot had are extremely unprofitable. They produce lies (Genesis 26:7), wrong decisions (I Samuel 18), snares, and insecurity (Proverbs 29:25). They will hinder your prayers, waste your time, and prevent you from pleasing God.

So how does one avoid being afraid like Lot? The answer is simple: have faith. Fear and faith are like matter and anti-matter; they can’t occupy the same place at the same time. Be filled with faith, and you’ll be emptied of fear, but you had better watch out; fear has a way of sneaking back in. Roused from sleep by his terrified disciples on board ship during a storm, Jesus admonished them with the words, Why are ye so fearful? how is it that ye have no faith? (Mark 4:40). It’s a good question for the disciples and for us.

Why We Have Pastors’ & Workers’ Conference