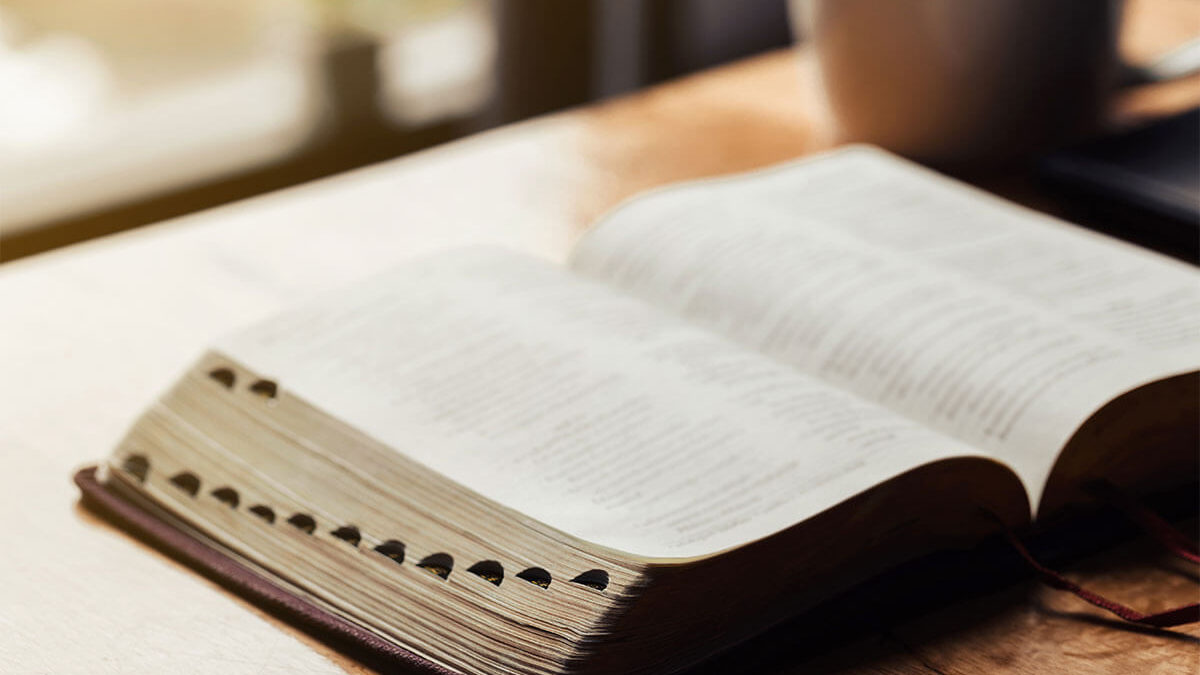 Several “right” things result in one being right with his Bible:

ILLUSTRATION: A Roman Catholic priest in Belgium rebuked a young woman and her brother for reading that “bad book,” pointing to the Bible. “Mr. Priest,” she replied, “a little while ago, my brother was an idler, a gambler, a drunkard, and made such a noise in the house that no one could stay in it. Since he began to read the Bible, he started working with industry, no longer goes to the tavern, no longer touches cards, brings home money to his poor old mother, and our life at home is quiet and delightful. How comes it, Mr. Priest, that a bad book produces such good fruits?”

“Within the covers of the Bible are the answers for all the problems men face.” – Ronald Reagan.

“In all my perplexities and distresses, the Bible has never failed to give me light and strength.” – Robert E. Lee

“If the Bible had said that Jonah swallowed the whale, I would believe it!” – Williams Jennings Bryan

“The Bible is the rock on which this Republic rests.” – Andrew Jackson

These sentences actually appeared in church bulletins or were announced in church services:

Ladies, don’t forget the rummage sale. It’s a chance to get rid of those things not worth keeping around the house.  Bring your husbands.

Don’t let worry kill you off – let the church help.

Miss Charlene Mason sang “I will not pass this way again,” giving obvious pleasure to the congregation.

Nellie Morgan and John Rees were married on February 2nd in Newtown’s Baptist church.  So ends a friendship that began in their school days.

At the evening service tonight, the sermon topic will be “What Is Hell?” Come early and listen to our choir practice.

Seven new choir robes are currently needed due to the addition of new members and to the deterioration of some of the older ones.

Scouts are saving aluminum cans, bottles and other items to be recycled.  Proceeds will be used to cripple children.

Please place your donation in the envelope along with the deceased person you want remembered.

Did you know that D.L. Moody was personal friends with the Spafford Family? In fact, on the night of the Great Chicago Fire, Moody and his wife rushed their children to the home of Mr. and Mrs. Horatio Spafford, who made sure their children remained safe during the fire. The Spafford family is the same, who would just months later experience great tragedy as their four daughters drowned when their ship crossing the Atlantic sank. Mr. Spafford would be inspired by this event to write the hymn, “It Is Well with My Soul.”

Remember, as Sunday approaches, that first impressions matter. Let’s make sure that our place is prepared, all things are in order, and cleanliness is evident. Visitors ought to feel welcome, and part of that welcoming includes a first-class atmosphere.