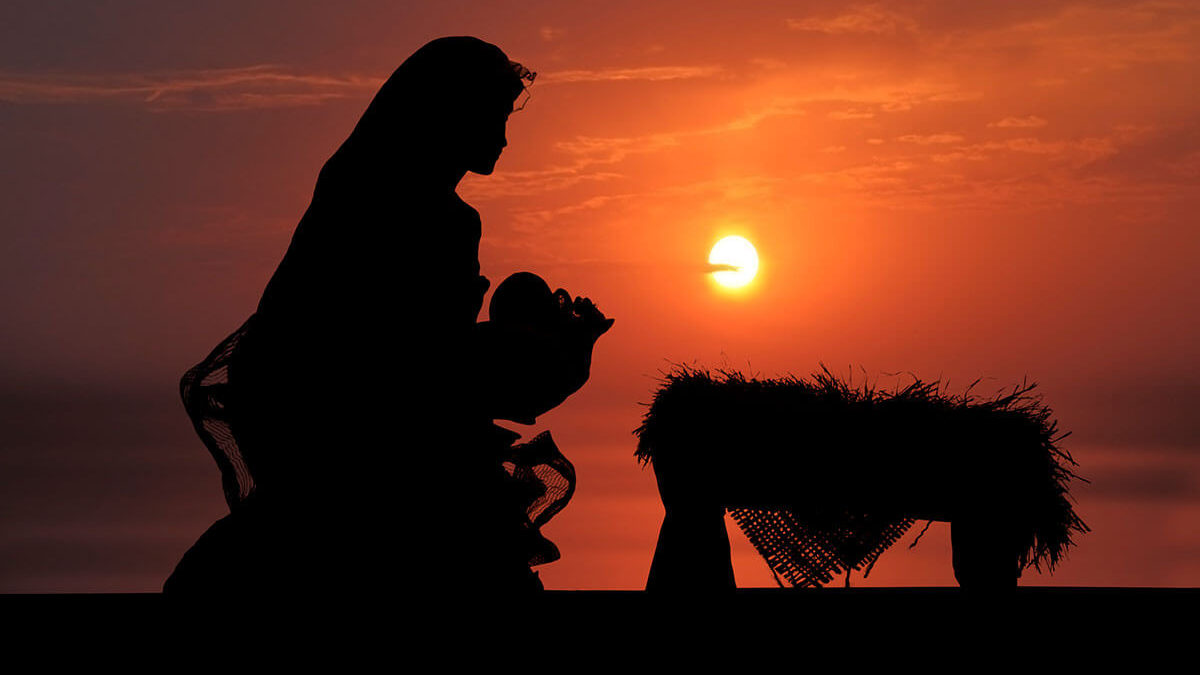 “For with God nothing shall be impossible” (Luke 1:37)

The Christmas Season is upon us. In the next few weeks, we will spend our lives amidst the echoes of the sounds of Christmas music, the sights of trees and festive decorations, and the excitement of this special season. And the text from which our thought is taken for today comes from the announcement of that first Christmas to Mary, the mother of the Christ child. As the angel Gabriel appeared to Mary with a message from on high, Mary discovered some things about God, and since we should all be interested in learning more about God, let’s look and see if we can discover what Mary discovered in the announcement of that first Christmas.

The first great truth Mary learned was that God’s Plans Are Unsearchable. As the angel appeared and began to unfold to Mary the plan of God regarding the coming Messiah, she soon realized that God was doing something unusual. She began to see what God’s way was not. God’s way was not the way of logic – “To a virgin espoused to a man whose name was Joseph, of the house of David; and the virgin’s name was Mary” (27). It was not logical that God would send the Messiah through a woman who was only engaged to be married; it was not logical that the Messiah would be placed in the care of those marked by poverty and obscurity; and it certainly was not logical that of all the women in Israel she would be chosen—and yet it was so. She discovered that God’s way was not the way of ease—“And, behold, thou shalt conceive in thy womb, and bring forth a son, and shalt call his name JESUS” (31). As any mother who reads this can testify, giving birth is no easy thing. It is not a quick matter to give life to a child. There are nine months of nurturing and carrying that child within the womb, and then she goes down through the shadow of the jaws of death in order to usher that child into the world. Oh, no, it is not the way of ease; but this was God’s way. She began to understand that God’s way was not the way of popularity—“Then said Mary unto the angel, How shall this be, seeing I know not a man?” (34). Most certainly as Mary progressed through these nine months, there were many who whispered about her. Wrong assumptions where made, and surely false accusations were uttered. Most assuredly, this is not the way men would have planned it.

She also began to see what God’s way was, for God did have a plan. God’s way was the Scriptural way—“Therefore the Lord himself shall give you a sign; Behold a virgin shall conceive, and bear a son, and shall call his name Immanuel” (Isaiah 7:14). Just as God had spoken, so also He would perform. God’s works will always match His Word. She discovered that God’s way was the submissive way—“And Mary said, Behold the handmaid of the Lord; be it unto me according to thy word” (38). Though we often cannot understand the ways of God, we can always be submissive to the ways of God. Ultimately, Mary saw that God’s way was the successful way—“For unto you is born this day in the city of David, a Savior, which is Christ the Lord” (Luke 2:11). When we yield ourselves to God’s plan, we will discover, like the Psalmist, “As for God, his way is perfect” (Psalm 18:30).

The second great discovery made by Mary in the announcement of that first Christmas was that God’s promises are unshakable. Paul described God in Titus as the “God, that cannot lie” (Titus 1:2). Just as God promised these incredible things to Mary, so they came to pass (Luke 2:1-7). Jesus Himself reminded us, “Till heaven and earth pass, one jot or one tittle shall in no wise pass from the law, till all be fulfilled” (Matthew 5:18). God’s promises are revealed in explanation by the Spirit. Through the Holy Spirit, God reveals His plans. Peter tells us that “holy men of God spake as they were moved by the Holy Ghost” (2 Peter 1:21). God never seeks to be vague or disingenuous in His promises. He speaks plainly for all to hear. Furthermore, God’s promises are recorded for examination in Scripture. God fears not to put His promises in writing! Scattered across the pages of Scripture, we find repeated promises of this One Who would come to redeem the world. Think of it; we read of from whom He would come (Gen. 12:3; Psalm 89:3); to where He would come (Micah 5:2); when He would come (Gen. 49:10; Dan. 9:25-26); the way He would come (Isa. 7:14); and why He would come (Matt. 1:21) just to note a few. Mary discovered that God’s promises are reliable in execution by the Sovereign. God always keeps His word. Just as God had promised, so it came to pass. “And she brought forth her firstborn son, and wrapped him in swaddling clothes, and laid him in a manger” (Luke 2:7).

Finally, Mary discovered that God’s power Is unmeasurable. When God promised a miracle son to Abraham, Sarah laughed; and the Lord asked, “Is anything too hard for the Lord?” (Genesis 18:14). As the angel spoke to Mary about this miraculous Son, the angel answered the Lord’s question by stating, “For with God nothing shall be impossible” (37). Paul explained God as, “Him that is able to do exceeding abundantly above all that we ask or think” (Ephesians 3:20).

The discoveries of Mary at the announcement of that first Christmas are still true today.

Do You Know What I Know?