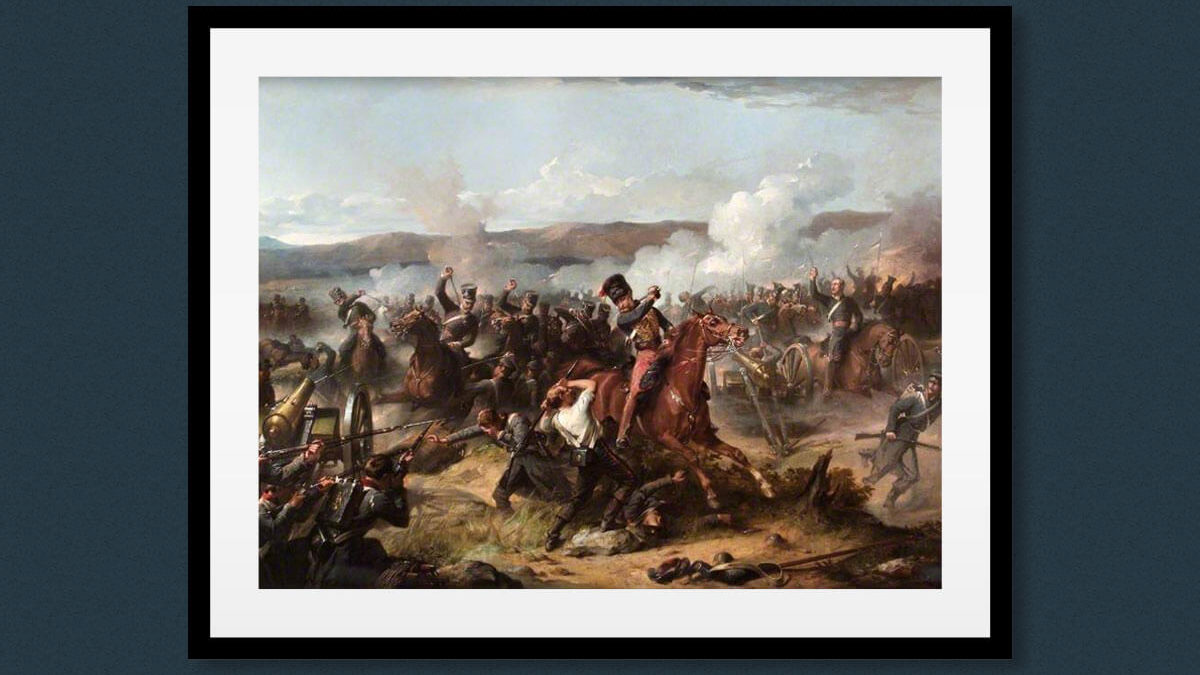 The Charge of the Light Brigade

“The Charge of the Light Brigade,” one of Alfred Lord Tennyson’s most well-known poems, was written mere weeks after the battle it depicts occurred. It tells the story of a clash between Britain and Russia during the Crimean War of the 1850s and specifically highlights the bravery of the British troops involved. A miscommunication sent the British Light Brigade (an apt name for the group of lightly armed cavalrymen trained more for speed and mobility than close combat) directly towards a much more heavily equipped Russian force than anticipated. The Light Brigade had no choice but to retreat almost immediately after clashing with the Russians, but even so, they suffered heavy casualties as a result of following their missent orders. Probably the most familiar lines of the poem are from the second stanza:

Despite knowing that they were riding head-on towards a force that they were ill-prepared to meet, the soldiers of the Light Brigade followed the orders that they had been given and did their duty to the best of their ability.  What a powerful example and challenge their actions present to Christians, especially since we can rest assured that there will never be a breakdown in our chain of command! Our Commander will never make a mistake, and He’ll never send us orders that we are incapable of completing.

Though our mindset should match that of the soldiers memorialized in “The Charge of the Light Brigade,” we will never have to worry about the outcome, as they did. God told Jeremiah, “For I know the thoughts that I think toward you, saith the Lord, thoughts of peace, and not of evil, to give you an excellent end.” (Jeremiah 29:11) Because of this promise, faith placed in the Lord is never misplaced.

Read the entirety of “The Charge of the Light Brigade” here

Lift Up Your Eyes Unto the Hills