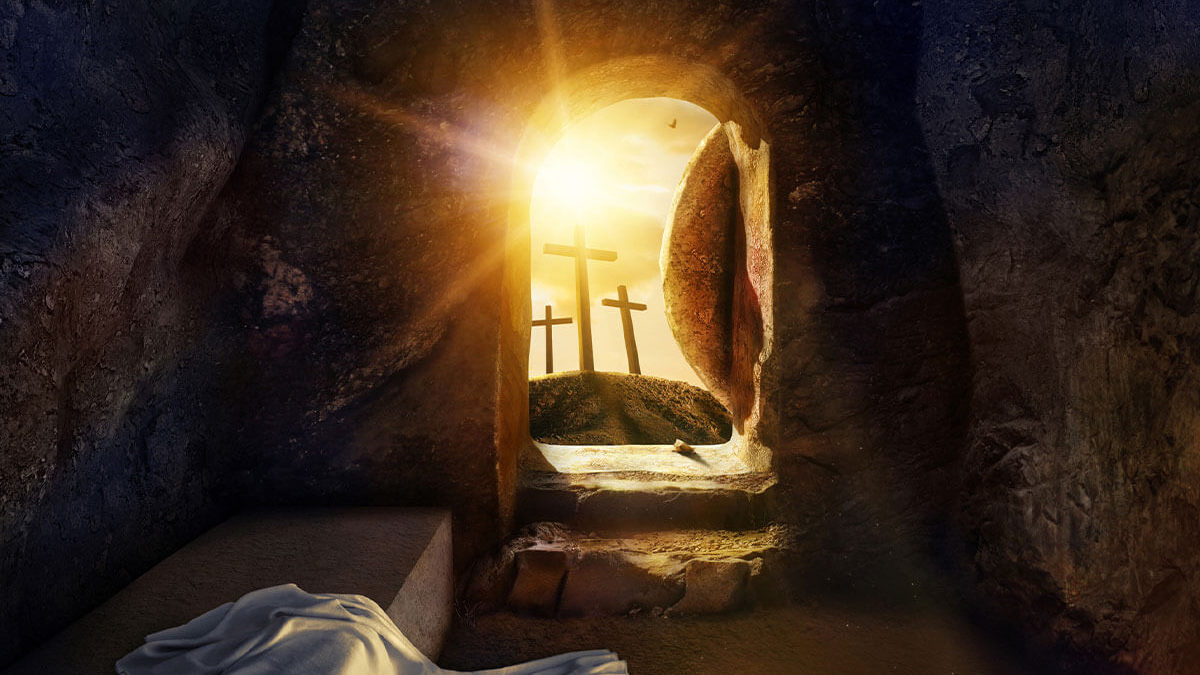 As John, the beloved disciple, was exiled to the Isle of Patmos, he probably never dreamed of what the Lord had in store for him there. Patmos was not on John’s agenda, but it was on God’s agenda. May I just remind the one who reads these words that the difficult situation in which you may find yourself was probably not on your agenda—but it was on God’s, and God has a plan and a purpose for it.

In the midst of John’s problem, he received a visit from the Lord. If we will just be faithful in our time of difficulty, the Lord will show up. The message to John was, “Fear not” (Revelation 1:17). The Lord went on to explain to John why he need not be afraid: ‘I am he that liveth, and was dead; and, behold, I am alive for evermore.” Though John was exiled to Patmos, he was not exiled from the living Lord. What tremendous truths this statement imparts to us in our time of difficulty.

In this statement, there is A Declaration of Deity – “I am he that liveth.” Literally, ‘I am the Living One.’ This is a declaration of the deity of Christ. He was alive before creation for “In the beginning was the Word, and the Word was with God, and the Word was God” (John 1:1). He was alive at creation because we read that “All things were made by him; and without him was not anything made that was made” (John 1:3); and “For by him were all things created, that are in heaven, and that are in earth, visible and invisible,….all things were created by him, and for him; and he is before all things, and by him all things consist” (Colossians 1:16-17). Jesus is the eternal, preexistent Son of God, the Living One.

In this statement, there is An Explanation of Calvary – “And was dead.” Literally, “I became dead.” The work of Christ as Savior could not be accomplished apart from His incarnation. Therefore, Christ must come to earth. At Bethlehem, deity was robed in humanity as the Son of God was made the Son of Man. The sinful state of mankind, fallen and alienated from God, necessitated intervention. The only method of redeeming fallen man was by means of a perfect sacrifice, for “almost all things are by the law purged with blood; and without shedding of blood is no remission” (Hebrews 9:22). The law mandated many sacrifices; the problem was that “it is not possible that the blood of bulls and of goats should take away sins (Hebrews 10:4). So, Christ Himself became the sacrifice. He took our place, paying our penalty at Calvary, and ‘became dead.’

In this statement there is also a Proclamation of Victory – “Behold, I am alive for evermore.” “In the end of the sabbath, as it began to dawn toward the first day of the week…There was a great earthquake: for the angel of the Lord descended from heaven, and came and rolled back the stone from the door, and sat upon it….and said unto the women, Fear not ye: for I know that ye seek Jesus, which was crucified. He is not here: for he is risen, as he said. Come, see the place where the Lord lay” (Matthew 28:1-2, 5-6).

In his hour of difficulty, John was reminded that there was no need for fear, for he was assured of the presence and power of the living Lord! Deity went to Calvary and obtained the victory! “To Him be glory both now and for ever” (II Peter 3:18).

How to Study the Bible – Part 7