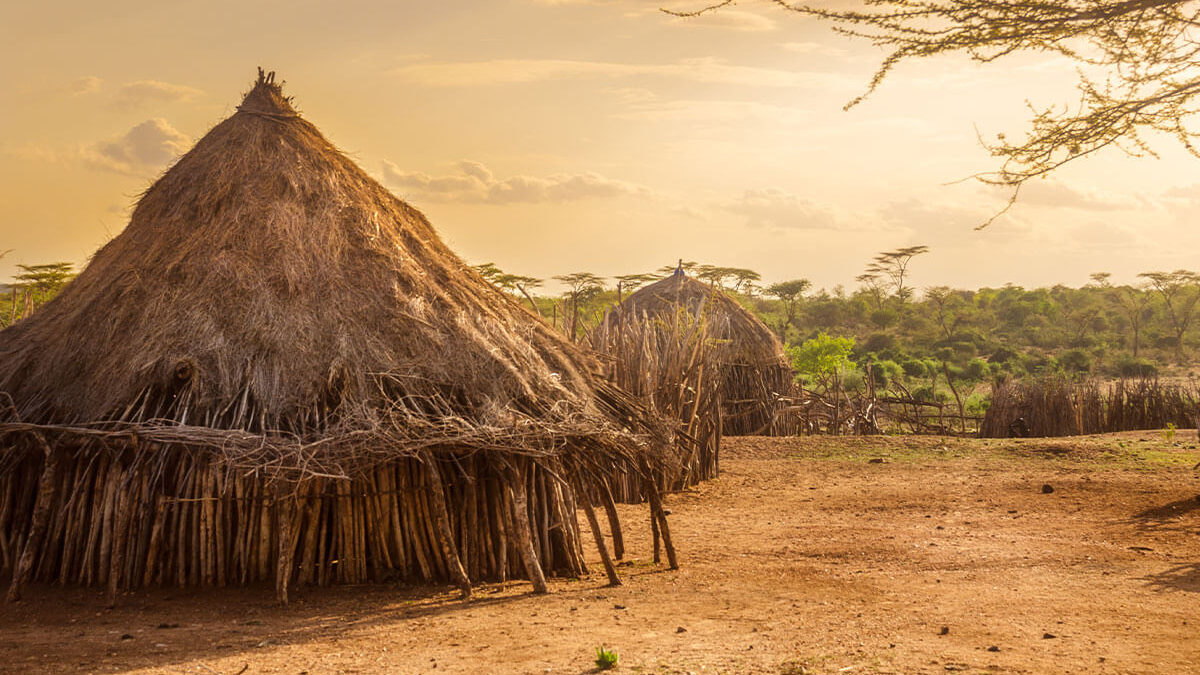 How is it possible to go to a village where the gospel has never been preached, in a dark jungle where the name of Jesus has never been uttered, and yet there is a knowledge of God? How is it possible that there are groups of people who have never seen the Bible in their native language or dialect, and yet they know there is a Creator and are seeking to know more about Him?

I have traveled to villages with my dad, where the natives had never heard about Christ, and yet they were ready to receive Him because they were seeking and praying and waiting for someone to come tell them more!

It is such an experience that we read about in Acts 10. We find a certain man, a Gentile, a Roman officer by the name of Cornelius, who was serving his country in a land that had been conquered by his empire. He was stationed there to maintain the peace and squelch any rioting or uprising by the locals. He was living along the coast of the Mediterranean Sea, in northern Israel, in an exclusively Roman town—no Jews were allowed to live there. It was a city built for the Roman elite who did not wish to be bothered by those they had oppressed. The resort town was named in honor of the Roman emperor, hence the name Caesarea.

The Scriptures do not give us any indication that Cornelius ever had any contact with a Jewish Christian. And yet, Cornelius believed in God. How could a man who grew up in a pagan, idolatrous society come to believe in the one true God? This same scenario plays out every day in different parts of the world, even in our time. The heavens declare the glory of God, and Creation declares that there is a Creator. The sun, moon, and stars utter the knowledge that there is a God to those who still do not even have the Word of God in their mother tongue. Even in the dark corners of the earth where the gospel has not been preached, we are told that there is no speech nor language where the voice of Creation is not heard.

Up until Acts chapter ten, the gospel had not been preached to the Gentiles. There were not Roman Christians, and a church had not been established in Rome. And yet Cornelius knew there was a God, he feared God, and he had taught his family to fear God. He even expressed this faith in God by doing good deeds—he gave to the poor. He prayed to God every day, throughout the day. This could have gotten him demoted or even imprisoned, and yet he continued to pray and search for more knowledge about God.

As Cornelius is seeking and praying to God, he is given the hope that his prayers will soon be answered. So he obeys God’s voice and sends his soldiers on a journey to bring this man who is to tell him more. No Jew could have entered Caesarea without a military escort, but the Lord had made provision for that dilemma already!

While these men were traveling to Joppa to bring the missionary back to Caesarea, Peter was praying, and God began to deal with his heart. Up until this moment, the Jews had no contact with Gentiles. In fact, they regarded them as dogs. But the Lord began working on Peter’s heart to prepare him to reach the unclean heathen—the Gentiles. God sends a vision to Peter of animals that he would never touch, let alone eat. The voice tells him to kill and eat these unclean animals. At first, Peter refuses, but the Lord makes a statement to him that will change the course of the gospel for the rest of history. God says, “What God hath cleansed, that call not thou common.” The message to Peter is this: Do not call unclean those people for whom the Lord has made provision for their cleansing and salvation! Do not refuse to take the gospel to those whom God has called to be saved.

Had Peter not been submissive to the voice of the Lord, Cornelius may have never heard the gospel. There is a void, placed there by God, in the heart of every human that can only be filled by God. There is a need that every person has, an emptiness in their life that only the gospel can satisfy. And when the heathen pray for God to give them more light, God answers. How does He answer? He touches the heart of a Christian to go and give that group of people more light. So the issue is not that God does not hear the plea of the heathen. The problem is that we do not go when God speaks to us and calls us to go. Ezekiel says that when God sends us to warn the wicked and we do not go, when that lost person dies, their blood is on our hands. When the Judgment comes, they cannot say, “I never heard! I never knew! No one ever told me!” Romans chapter one says that they are without excuse. But their blood is on our hands!

As the wicked plea, and as the heathen wait to hear, will you hear their cry and answer God’s call to go and share the gospel with them?

A Recipe for Contentment – Part 2