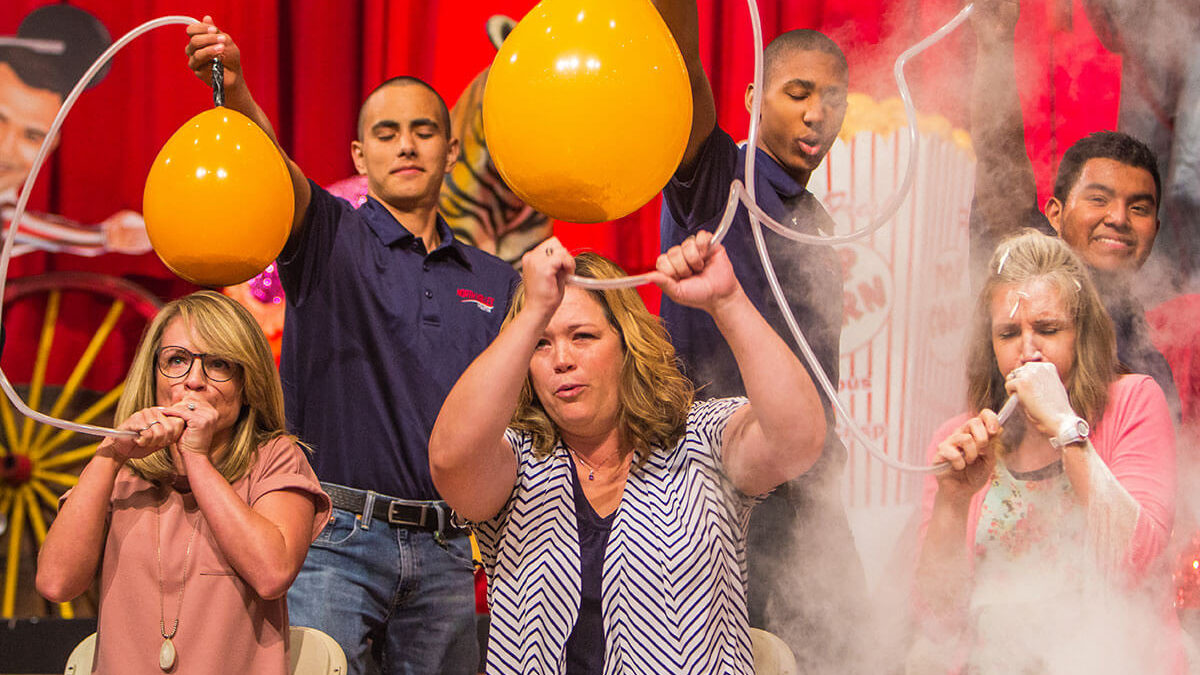 The simple point of this game is to pop your balloon over the head of your opponent before he/she does the same to you. Each balloon should be filled with baby powder, using a funnel, and then taped to the end of the clear tubing. You will need someone to hold the balloons up in the air.

This game is a relay race to spell a word or phrase that you choose. Open the cans for the teams to ensure teens don’t cut themselves on the metal edge. Once the “go-ahead” is given, one team member pours the soup into the mouth of the runner. The runner then carries the soup to the station and dumps the soup contents onto the paper plate and returns for more soup. Team member three begins to sort through the letters with the popsicle sticks and attempts to spell the predetermined word or phrase. The first team done wins the competition.

This game is run tournament style. Once someone wins, he/she goes on to compete again. The players line up across the table with the coffee cup sitting in the middle. Contestants must follow the leader’s commands by using both hands to point wherever they are told. The goal is to grab the coffee cup first whenever that command is given—ie: “head, knees, forehead, ears….CUP!” To make the game more interesting, play each round with a best of three format. This game sounds simple, but has the potential to become very competitive very quickly!

How to Conquer Satan’s Strongholds - Part 1

The Story of “At Calvary”