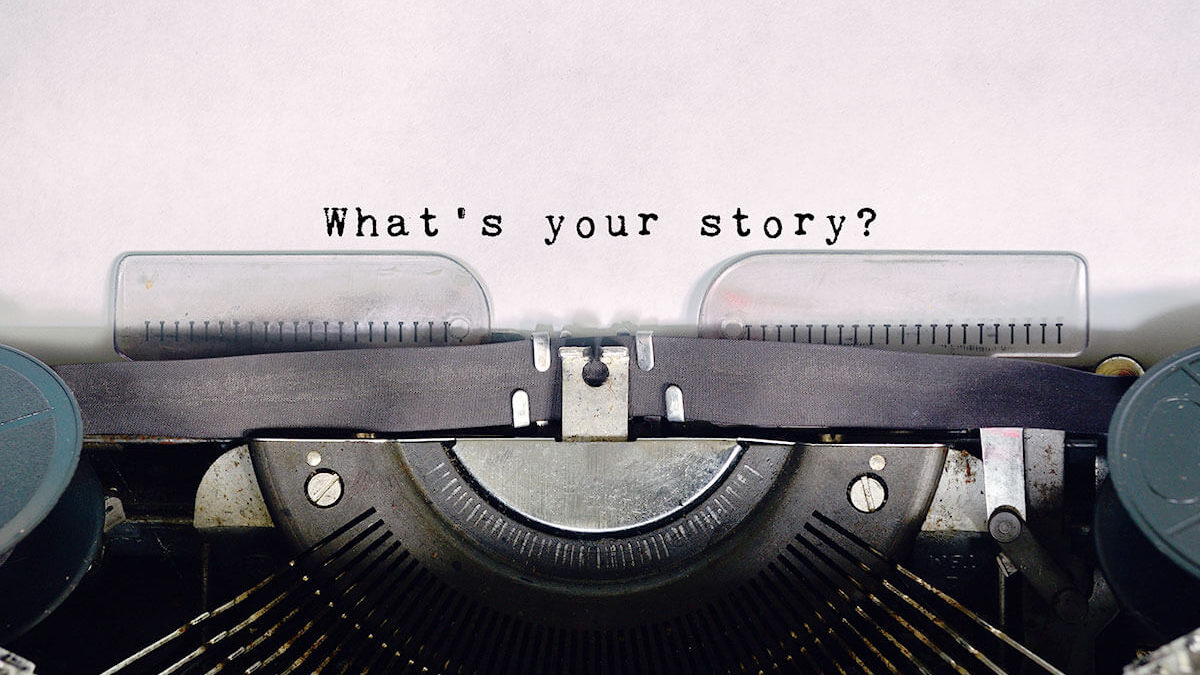 What is Your Story?

Let me tell you a story. Thirty-plus years ago, my family was in Hong Kong on a survey trip to see if God would have us be missionaries there.  While visiting another missionary family, someone got the idea to send the three older girls, of whom I was the middle, to a British-run Christian camp.  I was not in favor of this, but I was told it would be a “great experience.” It was not! It was awful; and as I tucked myself into my mosquito net those first two nights, I cried myself to sleep.  That was when I came up with my plan: my great plan was for one other of the missionary girls and I to run away from this camp. It did not matter that we were in a foreign country. We did not care that we did not speak the language or the fact that we only had a few dollars between us. The fact that we had no idea which direction “home” actually was did not deter us. Such details would not stop our daring escape, for we were determined.  The next afternoon while other campers were meeting on the cricket field for cocoa and biscuits, we made our break. It felt like we had walked miles and climbed several hills, when in reality we made it outside the gates over a slight rise to a local snack shop. There we asked to use the phone, giving a few dollars to pay for the call. We called our parents and had just about convinced them of the absolute tragedy of our situation when a camp counselor came up behind us. She took over the phone call and expressed to our parents how disappointed we would be if we left early.  I remember crying and being so upset that my plan had not worked out. In the end, we stayed. I don’t have a lot of great memories from that week, but I do remember making it through and enjoying the singing. I should point out that the oldest of the group loved it and had a wonderful time. It is obvious all these years later that I was not making the effort to enjoy the “great experience.”

I tell this story and others because I want my kids and my students to know that their struggles and feelings are normal.  I want them to know it is how they respond to those struggles that will make them stronger or give them regrets for a lifetime.  Children have this idea that their parents and other adults in their lives were always adults. They think that we have never been scared, we have never cried, and we have never wanted to quit.  The version of you that children see has already learned to be brave and courageous. Children need to hear how God worked in our lives so they will recognize the experience when it is their turn.

In Deuteronomy 11, Moses is speaking and says,

“And know ye this day: for I speak not with your children which have not known, and which have not seen the chastisement of the Lord your God, his greatness, his mighty hand, and his stretched out arm, And his miracles, and his acts, which he did in the midst of Egypt unto Pharaoh the king of Egypt, and unto all his land; And what he did unto the army of Egypt, unto their horses, and to their chariots; how he made the water of the Red sea to overflow them as they pursued after you, and how the Lord hath destroyed them unto this day; And what he did unto you in the wilderness, until ye came into this place;”

Moses was reminding the children of Israel that their children had not seen all the miracles that God had done for them.  It was the responsibility of the parents, teachers, aunties, uncles, and grandparents to tell the stories of their life and of God’s faithfulness and greatness.

What has God done for you?  I am sure you have some great stories to tell.

Having a Successful Semester of Bible College

Shelter in the Lord