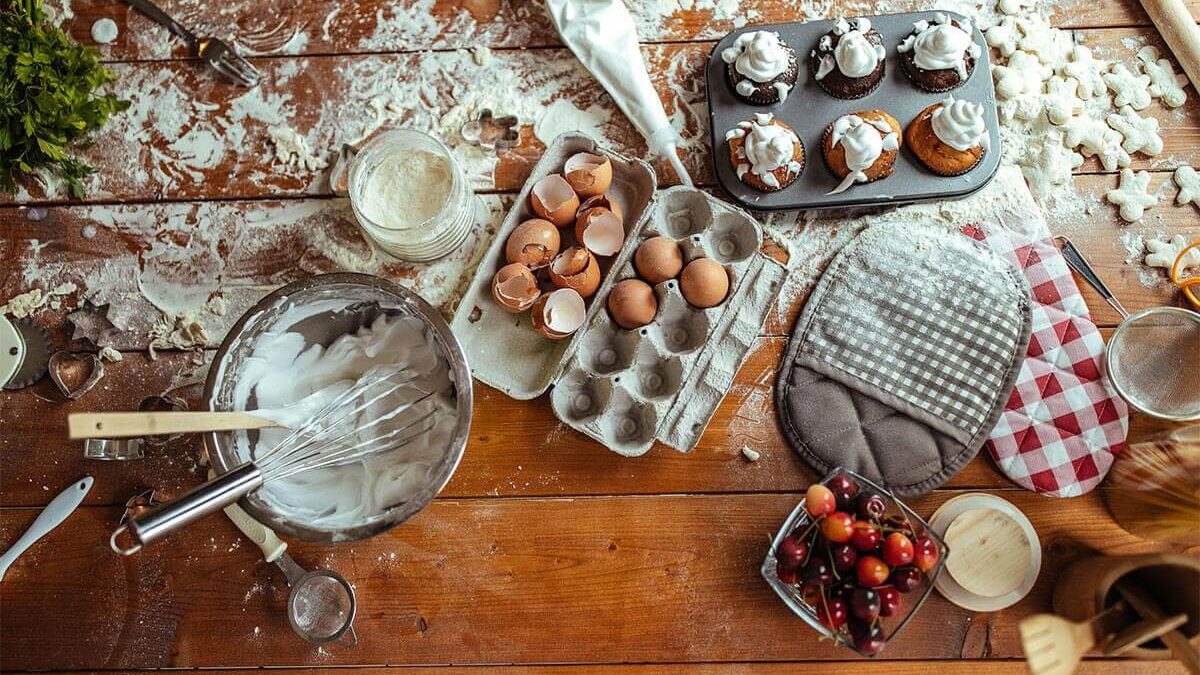 Christian homemakers need no introduction to or background story on Martha, the sister of Mary and Lazarus. We know Martha, we understand Martha, we like Martha, and we have been Martha at times. You have to admit that Martha is not all bad; churches need Marthas to organize the potluck dinners, scrub down the nursery, and detail the auditorium. Who are you going to call when you need something cooked, cleaned, or cared for? Martha!

Martha is most renowned for being “cumbered about much serving” (Luke 10:40), and no wonder. The Messiah had arrived at her home (Luke 10:38), possibly unannounced and probably with at least twelve other men, and, in her frantic efforts to provide her guests with a meal in a clean and comfortable environment, she became weighed down with hosting responsibilities. Has anyone else besides me been there and done that? I thought so.

But it’s not the mere serving of food and beverages that burdens us homemakers; it is the pressure we put on ourselves to produce an attractive and appetizing meal in an immaculately clean and inspirationally decorated home while, at the same time, presenting perfectly behaved children who are charmingly dressed and coiffed. Why don’t we aim for something easier like world peace?

My parents and grandparents had Norman Rockwell’s nicely browned immense turkey in the Freedom From Want painting with which to compare their efforts; my children’s special events can potentially be evaluated against millions of flawless scenes on Facebook, Instagram, and Pinterest. Yesterday’s Grandma was cumbered, today’s Mom is über over-cumbered.

The bad news is that there are some extremely unpleasant side-effects to cumberedness (yes, I just made up that word) such as exhaustion, resentment, envy, anxiety, and (go ahead and Google it) PINTEREST FAILS. The good news is that there is a cure for this affliction: strive to be a Mary.

After Jesus and His probable entourage arrived at her home, Martha energetically attacked her unachievable “to-do list.” At some point, she looked up and saw her sister, Mary, just sitting there. The good dishes needed to be dusted off, the potatoes needed to be peeled, and who was going to do that while Martha fried the chicken? Martha complained, “Lord, dost thou not care that my sister hath left me to serve alone?” (Luke 10:40). Martha expected the Lord to chastise her sister. Instead, He gently reminded her that there was a task more important than a clean house or a hot meal. “One thing is needful: and Mary hath chosen that good part.”

No matter how many times He warned people (Matthew 20:18,40 Mark 8:31; 10:33; Luke 18:33; John 2:19-21;12:33), Christ’s death came as a surprise to nearly everyone. Because she had spent as much time as she could with her Lord, Mary was ready for His death. John 12 records that she poured a pound of “ointment of spikenard” (John 12:3), possibly the equivalent of a year’s salary, on the feet of Jesus a few days before His crucifixion in preparation of His burial. You don’t need a year’s salary to be always prepared to entertain unexpectedly. You do need to have a walk with God and keep your house in an acceptable order every day and have a supply of nonperishables on hand for a quick meal or two.

If Martha’s sister were alive today, her response to the flawless displays on social media would probably be something like, “Really? As if we didn’t know that pose took dozens of shots before it was photoshopped and filtered beyond all recognition!” Go ahead and admire the work of someone trying to prove how wonderful his or her life is, but don’t forget to praise God “for His goodness, and for his wonderful works to the children of men” (Psalm 107:8,15,21,31).

4. Mary Presumed that All Things Were Possible.

(Matthew 19:26, Mark 9:23, Mark 10:27) Do you ever get very anxious over something that turns out to be nothing or try to solve a problem that didn’t need a solution? Me too. So, why did Martha waste time and energy being cumbered about with the task of feeding 13 men in Luke 10 when in the previous chapter, Christ fed five THOUSAND men PLUS women and children? Because her focus was on what she had to DO and not what Christ had already DONE, she may have missed a miracle. Her sister, Mary, could relax because she had faith that the Lord would supply all her needs “according to his riches in glory” (Philippians 4:19).

You can choose to be a complaining, anxious, resentful, and envious host, or you can make Mary your mentor and multiply the miracles and answered prayers in your life. I advise that you choose the “good part.”

What is Your Story?