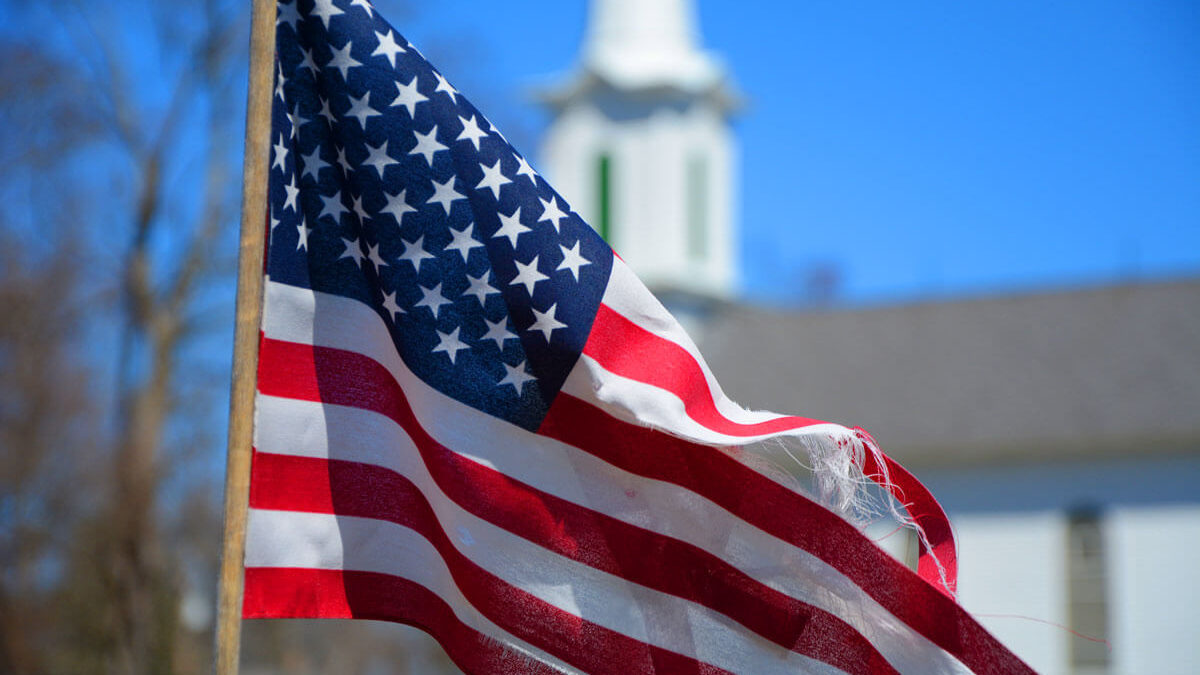 God is still blessing America, and we must ask the question, why and will He continue to bless? God has blessed America in the past because America was good; when America ceases to be good, God will cease to bless America. This is true! When we say God bless America, what are we really saying? Are we asking Him to give us abundance? Are we asking Him to protect us from all enemies? Or, are we simply asking Him to bless us individually? All three are correct because we do want God to bless us with abundance, protect us from all enemies, and bless us individually.

There is a movement to remove all evidence of the blessing of God in America and replace it with socialism. I am not just speaking of the Bible, the Pledge of Allegiance, and the Constitution in our culture and public schools. I am saying that there are those who want to remove the very presence of those who believe in Almighty God. In other words, these people want no reference of any kind of God, and in so doing, are proclaiming their humanistic god.

Our story takes place during the reign of Josiah (who had not yet discovered the Book), who “did what was right in the sight of the Lord.” (Please study 2 Chronicles 34). The first five years of Jeremiah’s ministry take place during this period. It is possible that this chapter was Jeremiah’s first sermon after his calling by God to be a prophet, and it is probably one of his greatest. It was especially full of pathos for the people in Israel and Judah. Why? Because God had touched his mouth and put His words into it so that His Word would not return unto Him void.

The purpose of this chapter is to show God’s people their sins. God uses Jeremiah to do this by way of reproof that they might be brought to conviction and repent of their sins and so prevent their ruin. The sin they are charged with is idolatry and REJECTING the true and living God (their own God) for false gods. They had forgotten God, but He had not forgotten them. God gives Jeremiah the charge to show them:

Jeremiah was to rebuke them for their ingratitude in forsaking and rejecting God who had been so good to them in order to either make them ashamed and bring them to repentance or to justify God in turning His hand against them.

He reminds them of when they believed God and his servant Moses in the wilderness and the crossing of the Red sea, when they sang God’s praise at the Red Sea, and when at the foot of Mount Sinai they promised, “All that the Lord shall say unto us we will do and be obedient.”

In verse 5, God is asking, What did I do wrong that you would forsake me for another god?” He is saying the same thing to America today.

When they entered into the good land which God gave them, they defiled it by defiling themselves and disqualifying themselves for the service of God. It was God’s land; they were only strangers in it.

Leviticus 25:23, “The land shall not be sold for ever: for the land is mine; for ye are strangers and sojourners with me.”

It was God’s heritage because it was a holy land, Immanuel’s land; but they made it an abomination, even to God himself, who was angry with them. Today we are more concerned about polluting the land than polluting our minds with immorality.

Having forsaken God, they soon found that they had changed for the worse; yet they had no thoughts of returning to Him again nor taking any steps towards it. Neither the people nor the priests made any effort toward God, took any thought about their duty to Him, nor expressed any desire to regain His favor.

First, the people did not say, “Where is the Lord?” V. 6. Though they were trained to know Him as their God, they never pleaded for Him nor desired the knowledge of His ways.

It was the priests’ responsibility to point the people to God, but they themselves had no concern for Him. Those who should have taught the people about God did nothing to draw nigh to Him themselves.

In this chapter, we see how the very leaders who have the responsibility to lead their people in righteousness are the ones who lead in idolatry. No wonder there is sin and ruin of a people when the blind lead the blind.

One cannot help but see the relationship between Judah and America today. Our nation was founded by godly men and women who believed that the Bible is the Word of God, and all their decisions and laws were based upon the Bible. Now God is rejected and left out of our society. Our nation is led by those who do not know of our spiritual heritage. They have forsaken God and gone after the false gods of money, fame, power, etc.

American Christian pastors must be careful that they are not blind leaders leading the blind. God puts the responsibility on the spiritual leaders of the land. No nation falls into depravity until it first falls away from spirituality. I pray that God will continue to bless America despite her turning her back on God, but we had better beware lest we also fall away. We must repent of our sin and pray for a great revival.

But Have You Broken The Box? – Part 1