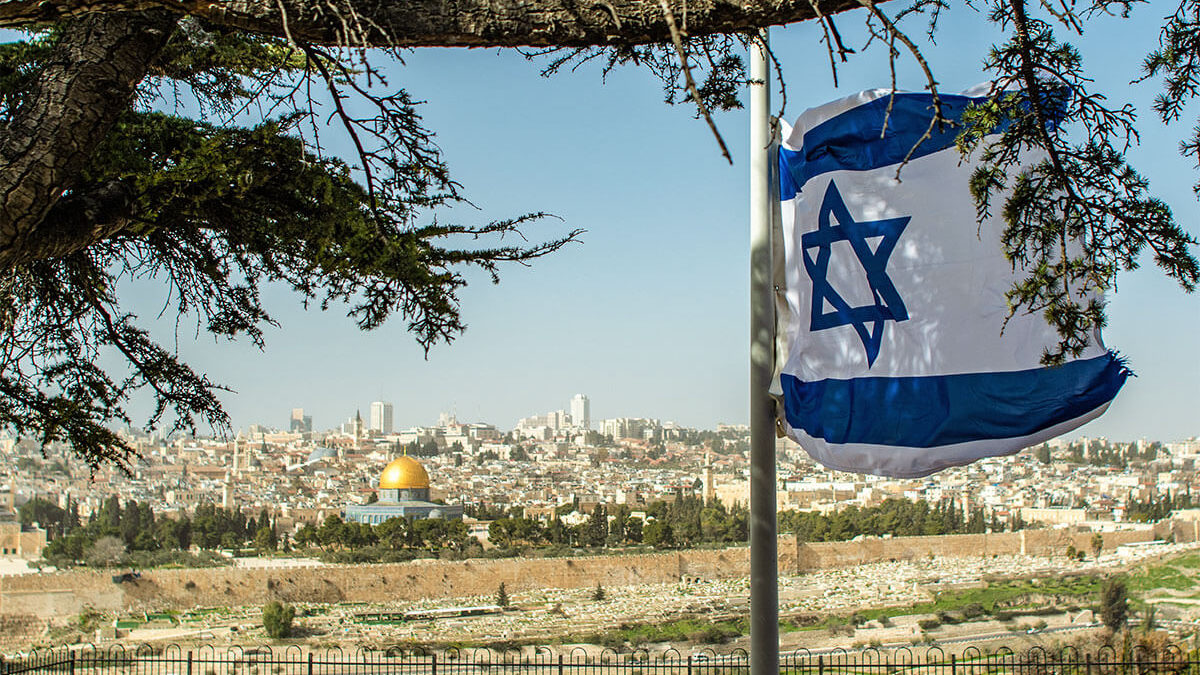 “Great is the LORD, and greatly to be praised in the city of our God, in the mountain of his holiness.  Beautiful for situation, the joy of the whole earth, is mount Zion, on the sides of the north, the city of the great King.  For the LORD hath chosen Zion [Jerusalem]; he hath desired it for his habitation.” Psalm 48:1-2; 132:13

This month, Israel celebrates 72 years of independence.  On May 14, 1948, when prophecy was fulfilled and the State of Israel was reborn, 600,000 Israelis faced 80 million Arabs!  Sixty thousand ill-equipped Israeli “soldiers” of a newly-organized army crushed an alliance of the surrounding Arab armies totaling 600,000 (a ratio of one to ten) who were well trained, heavily armed, and reinforced by units from additional Arab countries.

By every human reckoning, they should have been extinct long ago.  They were crushed by great empires in decades past, scattered among hostile gentile nations, reviled by perpetually radical anti-Semites, and incinerated by Nazi hordes in the fires of the Holocaust.  Yet God has preserved them as a presence unique to the whole of human reality.

God Himself chose the great city of Jerusalem as His dwelling place on earth.  Jerusalem is synonymous with the Lord God and His dealing with mankind.  God said, “I have chosen Jerusalem, that my name might be there….  For now have I chosen and sanctified this house (the Temple), that my name may be there for ever: and mine eyes and mine heart shall be there perpetually.  In this house, and in Jerusalem, which I have chosen…will I put my name for ever.”  2 Chronicles 6:6; 7:16; 33:7

There is no other city on the face of the earth like Jerusalem, the City of the Great King.  As we walk through this great city, our deepest emotions are stirred with memories of centuries past and hopes for the future. In his imagination, one can see the magnificence of the Temple, hear the prayers of pilgrims, and tour the palaces and towers that stood throughout wars and conquests.  This city is the object of religious longings of the world’s three main religious groups: Jews, Muslims, and Christians.  Today you can observe Jews praying at the Western Wall for the peace of Jerusalem.  Jerusalem is where heaven and earth met.

For over three thousand years, Jerusalem’s history has been one of war and peace, of greatness and despair, of splendor and wretchedness, a city that witnessed Solomon’s wisdom and saw the blood of her brave defenders.  The scarlet thread running through Jerusalem’s blood-soaked tapestry is the unshakable association of the Jewish people with this sacred city.  Though Jerusalem is holy to Christians, Muslims, and Jews, God has given Jerusalem only to the Jews!

The deep love of the Jewish people toward Jerusalem has not been dissuaded by a series of greedy and bloodthirsty conquerors through the centuries, including the Egyptians, Assyrians, Babylonians, Persians, Romans, Muslims, Crusaders, and the Ottoman Empire.  In spite of the attempts of anti-Semites against the Jewish people, throughout the three-thousand-year history since King David made Jerusalem the capital city, the spiritual attachment of the Jews to Jerusalem remains unbroken.  It is a spiritual bond created by a covenant between God and Abraham, Isaac, Jacob, and King David which no amount of suffering or sacrifice can sever.

During the Diaspora (the scattering of the Jewish people throughout the nations), wherever the Jews found themselves scattered on the face of the earth, they prayed for their return to Zion, the biblical synonym for Jerusalem.  Wherever their synagogues are built in the world today, they are built facing Jerusalem.  In fact, when a Jew built a house before 1948, part of a wall would be left unfinished, signifying that it was a temporary dwelling—until the owner could return to Jerusalem.

In 1967, Jerusalem was liberated and once again became the capital of the Jewish State.

During its long history, Jerusalem has been destroyed twice, besieged 23 times, attacked 52 times, and captured and recaptured 44 times.  The city was first settled six thousand years ago and was established as the capital of the United Kingdom of Israel three thousand years ago by Israel’s second king, David.

The Old City Jerusalem, despite having an area of barely a third of a square mile (one square kilometer), is home to many sites of tremendous religious importance, among them the Temple Mount, the Western Wall, the Dome of the Rock, and just outside the ancient city walls are the Garden Tomb and Golgotha.

In Ezekiel 5:5 the prophet tells us, “Thus saith the Lord God; This is Jerusalem: I have set it in the midst of the nations and countries that are round about her.”

The geographical setting of Israel, in the midst of the nations, is of great importance for the sake of the Gospel.  One could not travel from Asia to Egypt without going through Israel.  The highway from the European continent to the African continent went through Israel.  This was significant for the sake of the Gospel because the early Christians were to be witnesses beginning in Jerusalem and going to Judea, Samaria, and unto the uttermost part of the earth.

One day peace will be brought to the earth when Christ reigns from Jerusalem.  Scripture assures us that there will be no world peace until there is peace in Jerusalem.  It is the city from which God’s Word has gone forth to the ends of the earth, and it is the city to which the Prince of Peace will return and reign.  There is no other city on the face of the earth like Jerusalem because God has chosen it as His own, the City of the Great King!

"What's With All The Fighting?"