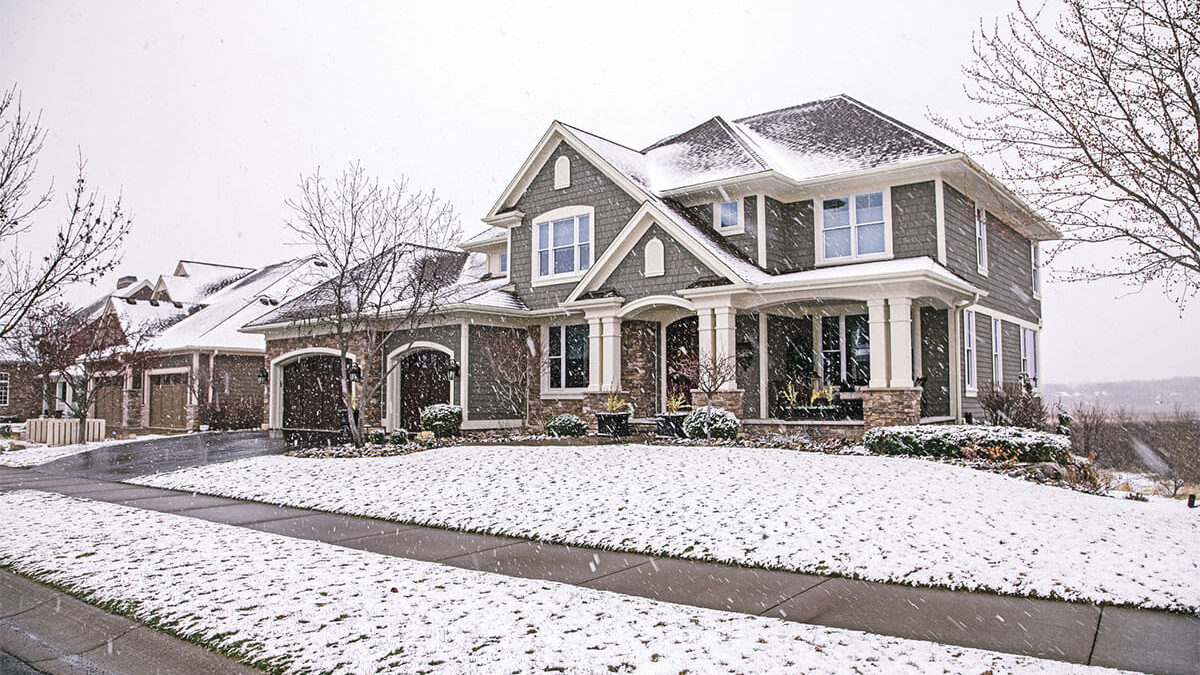 We are nearing the winter season. December 21st marks the first day of winter, and with winter comes that special thing called snow. As humans, we seem to have a love/hate relationship with snow. While many enjoy winter activities such as sledding, skiing, or snowboarding (all of which require snow), we often complain when we are required to shovel it, plow it, or navigate our way across snowy roadways.

Snow has been romanticized in such songs as “White Christmas” or “Winter Wonderland.” For some time while engaged in missionary work, my wife and I lived in Aomori, Japan—the snowiest city on earth. The average annual snowfall in Aomori is an incredible 312 inches (26 feet)! Yes, that is an average winter. Needless to say, it can get wearisome to deal with that amount of snow.

The Bible speaks much about snow. Some twenty-four different times, the Scripture speaks of or likens things to snow. From Exodus to Revelation, the word snow is scattered across the pages of God’s Word. Perhaps the most familiar verse relating to snow is Isaiah 1:18: “Come now, and let us reason together, saith the Lord: though your sins be as scarlet, they shall be as white as snow; though they be red like crimson, they shall be as wool.” In this verse, the Word of God draws a comparison between the work of God’s forgiveness and snow.

There is no doubt that snow that is real and not artificial requires a Divine hand. How do we know that? The Word of God declares this to be true. “For he saith to the snow, Be thou upon the earth” (Job 37:6). “Praise the LORD, O Jerusalem… He giveth snow like wool: he scattereth the hoarfrost like ashes. He casteth forth his ice like morsels: who can stand before his cold? He sendeth out his word, and melteth them: he causeth his wind to blow, and the waters to flow” (Psalm 147:12, 16-18). In order for snow to fall, all the necessary conditions must be met.

For snow crystals to form, the atmospheric temperature must be -31o Fahrenheit or lower. The amount of moisture in the air is critical to the formation of snow. The water vapor must be dense enough to collect and freeze onto the water crystals. Also, the ambient temperature must be cold enough so as to not melt the falling snowflakes. In fact, a single snowflake consists of 1019 (10 quintillion) water molecules. This is why there are no two identical snowflakes. Simply put, snow just doesn’t happen—it requires Divine engagement. Likewise is forgiveness of sin. It is not something that can be formulated by human hands nor attained by human ability. True forgiveness and peace with God require Divine engagement.

As children growing up, one of the great desires of every student was for a “snow day” to occur. A day, when because of snow, it was deemed too treacherous to attempt to travel to school, thus becoming a holiday. On such occasions, we would quickly finish our chores and dress in warm clothes, and head out for a day of adventure in a wonderland of white. Often as we headed out the door, our mother would admonish us, “Don’t eat the snow.” She was mindful of the fact that as the snow had fallen, it had carried with it small particulates of pollution which had been swirling through the air. As the snow had fallen, it had cleaned the air, but in doing so, it had become polluted itself.

Just as the snow enters a dirty environment, likewise God’s forgiveness enters into hearts made filthy by sin. We ourselves are sinners stained with the deepest hue of sin. We are sinners by birth, as a result of the transgression of our father Adam. But also, we are sinners by choice, as we have time and again chosen to rebel against the commandments of God. Thoroughly, completely, and irreversibly stained by sin, we stand guilty before a just and holy God.

When snow falls upon a landscape or city, a dramatic, visible change takes place. What once was unsightly or drab is completely changed when covered by a blanket of snow. Even a junkyard can appear attractive when covered with snow.

Just as the environment is changed by the falling snow, so our hearts can be changed by God’s great forgiveness. As Matthew Henry so aptly expressed in his commentary, “Though our sins have been as scarlet and crimson, a deep dye, a double dye, first in the wool of original corruption and afterwards in the many threads of actual transgression—though we have been often dipped, by our many backslidings, into sin, and though we have lain long soaking in it, as the cloth does in the scarlet dye, yet pardoning mercy will thoroughly discharge the stain, and, being by it purged as with hyssop, we shall be clean, (Psalm 51:7).”[i]

I am often reminded of the poem written by John Whitaker Watson and originally published in Harper’s Weekly on November 27, 1858, entitled “Beautiful Snow.”

Oh! The snow, the beautiful snow,
Filling the sky and the earth below,
Over the housetops, over the street,
Over the heads of the people you meet;
Dancing – Flirting – Skimming along!
Beautiful Snow! It can do no wrong;
Flying to kiss a fair lady’s cheek,
Clinging to lips in frolicsome freak;
Beautiful Snow from heaven above,
Pure as an angel, gentle as love.

Once I was a pure as the snow, but I fell,
Fell like the snowflakes from heaven to hell;
Fell to be trampled like filth in the street;
Fell to be scoffed at, spit on and beat;
Bleeding – Cursing – Dreading to die.
Selling my soul to whoever would buy;
Dealing in shame for a morsel of bread,
Hating the living and fearing the dead.
Oh merciful God! Have I fallen so low!
And yet I was once like the beautiful snow.

Although I have included only two of the original six stanzas, the poem ends in a state of tragic loss. It was as if the author could find no resolution to the problem of sin, no way of recovery. But later, an unknown believer added an additional stanza, giving the answer for fallen men. Here is this last glorious stanza based on the truth of Isaiah 1:18.

Helpless and foul as the trampled snow, Sinner, despair not! For Christ stoopeth low To rescue the soul that is lost in sin, To raise it to life and enjoyment again, Groaning – Bleeding – Dying for thee, The Crucified hung on the cursed tree! His accents of mercy fall soft on thine ear, Is there mercy for me? Will He heed my weak prayer? O God! In that stream that for sinners did flow Now wash me, and I shall be whiter than snow.

The Miracle of Christmas - Part II