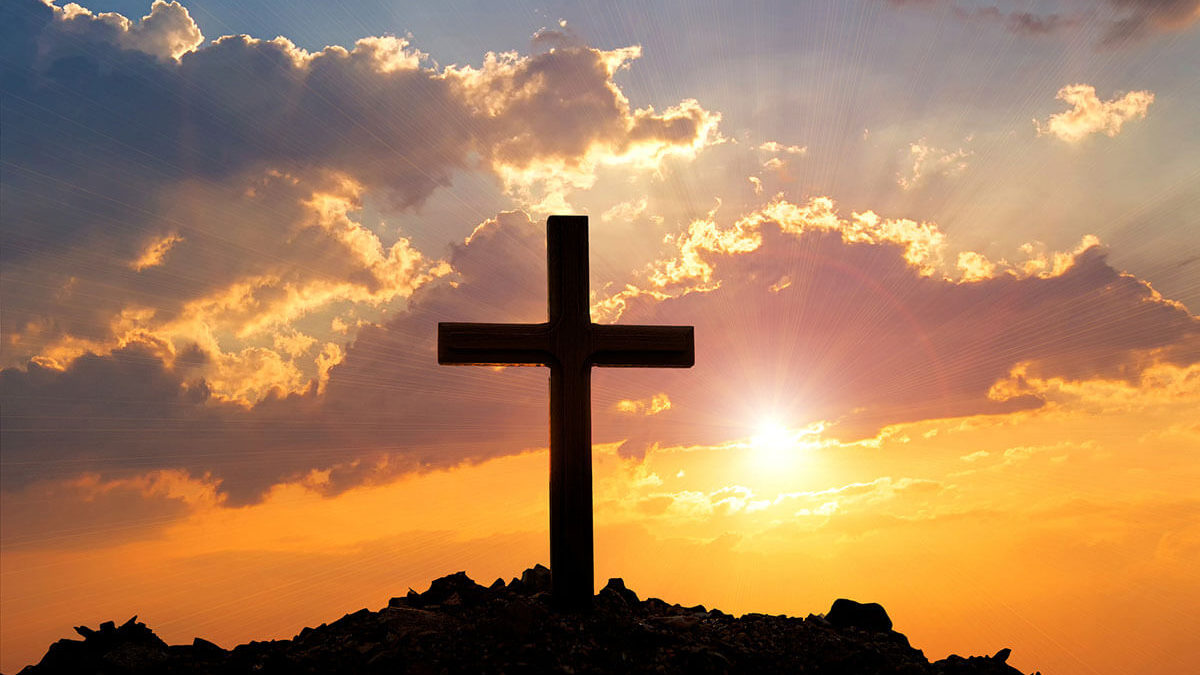 The verse for our consideration today comes at the conclusion of what is commonly referred to as “The Last Supper.” The Lord Jesus Christ had come to the concluding hours of His earthly ministry. After He had eaten with the disciples, they departed to go to the Mount of Olives. It was there that the garden called Gethsemane awaited our Savior. At that place He would wrestle in prayer until His sweat was as it were great drops of blood (Luke 22:44). From there He would be taken to an illegal trial before Caiaphas, the high priest, and then after being beaten, would stand before Pilate, and finally crucified on a Roman cross. But it is interesting to note that before these things transpired, Jesus took time to sing.

The Scriptures tell us that they “sung an hymn.” What hymn was that? Most Bible scholars would agree that this was most likely Psalm 118. This was the last of the Hallel psalms which were traditionally sung at the observance of the Passover.

But the question arises, “How could Christ sing beneath the shadow of the cross?” Knowing what lay before Him, how could there be a song? The writer of Hebrews reminds us that it was “the joy that was set before him” that motivated Him to endure the cross (Hebrews 12:2). What was that joy which was set before Him? Let’s examine that question together.

First, there was a Problem that was about to be Fixed. That problem was a sin problem. This problem had haunted all of humanity since the Garden of Eden. All of man’s problems are the result of sin. If not directly, then indirectly, sin is the root of every trouble experienced by mankind. Sickness, heartache, suffering, crime, hatred, immorality, theft, and a million more ills that plague the human race find their root in the little word sin. Although this problem had been analyzed and examined by the greatest minds on earth, no solution had been found. The greatest religion on the earth (Judaism) could only offer a token acknowledgment of this irreparable condition. For “every priest standeth daily ministering and offering oftentimes the same sacrifices, which can never take away sins” (Hebrews 10:11). But what human hands could not accomplish, Divine hands were about to provide, and the knowledge that this problem of sin was about to have a remedy provided caused the Savior to burst forth in song.

Secondly, there was a Predator that was about to be Finished. This problem existed because it had been introduced into the human race by the diabolical scheme of Satan. Back in the Garden of Eden, Satan had enticed the woman to violate the commandment of God and thus opened the door to condemnation. Because of the choice of Adan and Eve, all of humanity was condemned to the bondage of sin, and this great predator seemed invincible. He overcame the strongest man, Samson; the smartest man, Solomon; and the most spiritual man, David, a man after God’s own heart. But in just a few hours this predator was about to receive a fatal blow, for at Calvary the power of Satan was dealt a debilitating strike. Writing of Christ’s work on the cross, the apostle Paul put it this way: “Blotting out the handwriting of ordinances that was against us, which was contrary to us, and took it out of the way, nailing it to his cross; And having spoiled principalities and powers, he made a shew of them openly, triumphing over them in it” (Colossians 2:14-15). And because of Calvary, the devil is operating on borrowed time. It will soon be over! And knowing this, the Savior sang.

Thirdly, there was a Promise that was about to be Fulfilled. From the very day that sin had made its entrance into the human race, a promise of help and hope had been sounded. In the very hour that Adam and Eve were faced with the dreadful consequences of their sin, a promise had been made: “And I will put enmity between thee and the woman, and between thy seed and her seed; it shall bruise thy head, and thou shalt bruise his heel” (Genesis 3:15). Some two thousand years passed, and the promise was not fulfilled. And yet the promise was again repeated: “God will provide himself a lamb” (Genesis 22:8). Time continued to pass, and the promise was repeated over and over through the centuries, until one day “John seeth Jesus coming unto him, and saith, Behold the Lamb of God, which taketh away the sin of the world” (John 1:29). For this Lamb to take away sin, He must die, for without shedding of blood is no remission [forgiveness] (Hebrews 9:22). But now, “He appeared to put away sin by the sacrifice of himself” (Hebrews 9:26). The knowledge that this promise was about to be fulfilled caused our Lord to sing.

Finally, there was a People who were about to be Freed. In the Old Testament era before the cross, believers did not immediately go to heaven when they passed from this life. Rather, they went to a place called Paradise, also referred to as “Abraham’s bosom” (Luke 16:22; 23:43). This was at best a luxurious prison. Those who inhabited that place had all of their needs supplied and enjoyed everything one could desire except freedom. There they waited for the payment for their sin. Heaven was not yet opened to them, for their sin debt had not yet been paid. But when Christ died at Calvary and three days later was raised to life again, we read: “When he ascended up on high, he led captivity captive” (Ephesians 4:8). That is, He released those who were awaiting the payment for their sin from their holding place and carried them to heaven to be with Him. Knowing the faith of those who awaited in Paradise was about to be rewarded, the Savior sang.

Oh, but wait a minute—let’s think about ourselves. Do we not have these same joys set before us today? We know there is a problem that’s about to be fixed. This old world is being shaken as the forces of hell array themselves for the final conflict. All around us, there is unrest and uncertainty; but this problem is about to be fixed, for God still sits upon His throne, ruling the universe. This problem of sin cannot be remedied by human hands, and so Divine hands are about to intervene. The imminent rapture of the church will set things in motion for the eternal resolution to the problem of sin.

Also, we know there is a Predator that is about to be Finished. The devil is working furiously, for he knows his time is short and that soon he will be bound and cast into a bottomless pit for a thousand years as Christ reigns upon the earth.

Additionally, for the believer, there is a promise that’s about to be fulfilled. Jesus said, “If I go and prepare a place for you, I will come again, and receive you unto myself; that where I am, there ye may be also” (John 14:3). Soon the trumpet will sound, announcing the fulfillment of His promise.

Finally, when the trumpet sounds, there is a people who will be freed; for when the trumpet sounds, “This robe of flesh I’ll drop and rise, to seize the everlasting prize” (William W. Walford in Sweet Hour of Prayer). We shall be set free from the chains of flesh that bind us, for “this corruptible must put on incorruption, and this mortal must put on immortality” (1 Corinthians 15:53).

All of these things should cause the heart of the child of God to swell with song. As the writer of Hebrews references our Lord as saying: “In the midst of the church, will I sing praise unto thee” (Hebrews 2:12), so, too, we should lift our voices in gladness because of the joy that is set before us. No wonder we are instructed to be “teaching and admonishing one another in psalms and hymns and spiritual songs, singing with grace in your hearts to the Lord” (Colossians 3:16).