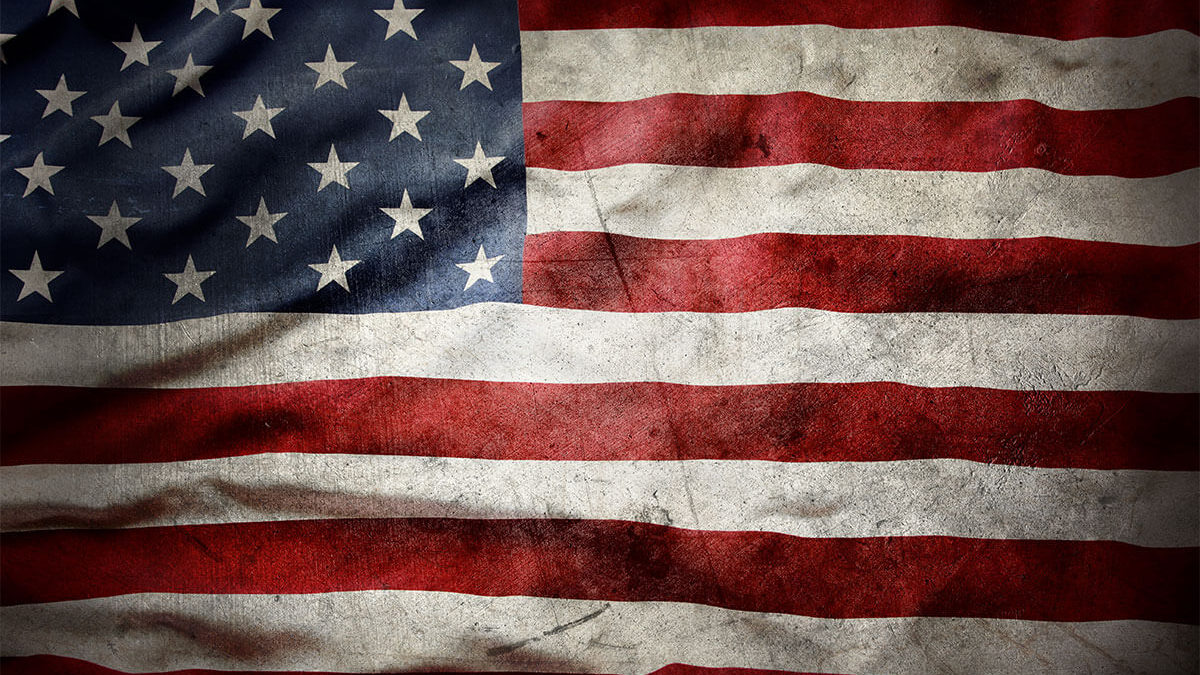 As we scan across this beloved country we call home, around us we see chaos and anarchy. Streets are filled with riots and protests; airwaves abound with falsehood and distortion; historical monuments are being defaced and removed; voices resound with hate and invective–what has happened to America?

I believe that America is at a crossroads in her history. In the two hundred and forty-four years since the Declaration of Independence and the two hundred and thirty years since the ratifying of her Constitution, what has happened to this nation? How did we, as a nation, arrive at the place where armed anarchists could set up so-called “autonomous zones” from which all legal authority has been eliminated, and the elected leadership look on this with tolerance and acceptance? How did we get to the place that any voice which dissents against the “politically correct” narrative is immediately attacked and vilified and even faces the threat of physical harm? I believe the Bible sets before us the pathway down which we, as a nation, have travelled to arrive at this tragic place at which we find ourselves today. It is given to us in Romans 1:18-32, and I want us to consider it carefully in the light of our nation’s historical journey.

First, I am reminded of What America Discerned–“For the invisible things of him from the creation of the world are clearly seen, being understood by the things which are made, even his eternal power and Godhead; so that they are without excuse” (Romans 1:20). From the inception of our nation, there were two great truths which were clearly comprehended by those who fashioned this great country. All were aware of the reality of God. A careful examination of the writings of our founders (and others of that day) reveals that men at least acknowledged the existence of God. Furthermore, they generally accepted their responsibility before God. Think of words of James Madison, the Father of the Constitution–“We have staked the whole future of our new nation, not upon the power of government; far from it. We have staked the future of all our political constitutions upon the capacity of each of ourselves to govern ourselves according to the moral principles of the Ten Commandments” (1778 to the General Assembly of the State of Virginia). John Quincy Adams wrote in a letter to Mr. Arthur Lee in February of 1779: “The highest, the transcendent glory of the American Revolution was this–it connected, in one indissoluble bond, the principles of civil government with the precepts of Christianity.” Thomas Jefferson himself wrote, “Can the liberties of a nation be thought secure when we have removed their only firm basis: a conviction in the minds of the people that these liberties are the gift of God? That they are not to be violated but with His wrath? Indeed, I tremble for my country when I reflect that God is just; that His justice cannot sleep forever” (Notes on the State of Virginia, 1781). From its very founding, the leaders and influential parties of that day understood the truth of God and that a man was accountable to God for the actions he undertook.

Next, we can see What America Decided–“When they knew God, they glorified him not as God, neither were thankful; but became vain in their imaginations, and their foolish heart was darkened. Professing themselves to be wise, they became fools” (Romans 1:21-22). Having been given a godly foundation and a true comprehension of our responsibility before a holy God, the people of America soon turned aside after other gods. Materialism, the god of abundance; humanism, the god of self; intellectualism, the god of knowledge; and hedonism, the god of pleasure, have all taken their place on the altar at which America worshipped. Although there have been brief eras in which the conscience of America has been awakened to spiritual things, the general trend has not been toward, but rather away from God.

But notice with me What America Discovered–“Wherefore God also gave them up to uncleanness…. For this cause God gave them up unto vile affections…. And even as they did not like to retain God in their knowledge, God gave them over to a reprobate mind” (Romans 1:24, 26, 28). America discovered that God would relinquish to man the ability to do what he wished. “God gave them up to uncleanness. In the ‘60s through the ‘80s there was a decaying of America’s moral culture as men were allowed by God to pursue their own delights. While God was pushed aside, men bowed before the altar of mother earth, worshipping the creature rather than the Creator. Millions of innocent lives were sacrificed on the altars of abortion to the gods of hedonism and materialism. The streets of America flowed with drugs, and immorality was rampant. But man was not satisfied–he wanted more! And again we read, “For this cause God gave them up to vile affections.” When moral decay failed to satisfy the wicked hearts of sinful men, God allowed them to continue their pursuits into moral depravity. Deviant behavior has become the norm instead of the exception in America. Such lifestyles are openly proclaimed and publicly lauded. Many of those who hold positions of power and influence in our nation today proudly affirm such allegiances. But tragically, America is discovering that the final destination of moral depravity is mental depravity. For we read that “God gave them over to a reprobate mind” (Romans 1:28). This, I believe, is why so many things that are taking place do not make sense to clear-minded individuals. Because of a desire and determination to eradicate God from the equation, we have veered far onto the road of national insanity. Now, that which was once good, is evil; and that which was once evil, is called good. Our nation is awash with alcohol and drugs; rivers of innocent blood stain our hands; corrupt officials line their own pocketbooks while undermining our nation and yet are repeatedly elected to office; rioters are praised while religious worshippers are threatened with fines; liquor stores and marijuana dispensaries are deemed “essential” while churches are barred from assembling; and this great experiment called “the American Republic” hangs in the balance.

This leads us to the issue of Where America is Destined–“Who knowing the judgment of God, that they which do such things are worthy of death, not only do the same, but have pleasure in them that do them” (Romans 1:32). If the pathway is unchanged, America is facing the judgment of God. I echo the words of Thomas Jefferson, “Indeed, I tremble for my country when I reflect that God is just; that His justice cannot sleep forever.” I am reminded of the people of Judah, who under the leadership of King Manasseh, were seduced to do such evil that the die was cast, and judgment was determined upon Jerusalem (II Kings 21:1-15). It may be, that such evil has been done in America, that certain judgment has already been divinely decreed. But may I remind you, that before the judgment was unfolded on Judah, there was a window of opportunity. A young man by the name of Josiah, while seeking to implement some measure of reforms, was made privy to the discovery of the Book of God. In great contrition, he cried out to God on behalf of his people. Here is the answer God gave: “Because thine heart was tender, and thou hast humbled thyself before the Lord…. and hast rent thy clothes, and wept before me; I also have heard thee, saith the Lord. Behold therefore… thou shalt be gathered into thy grave in peace; and thine eyes shall not see all the evil which I will bring upon this place” (II Kings 22:19-20). It was a discovery of the Word of God and the willingness of one man to, in humility and honesty, turn to God that granted to the nation of Judah a measure of respite from the judgment which had been decreed upon them. And in America, while we may not be able to prevent judgment from coming, perhaps there is a chance that we could bring about a postponement of that judgment. What will that require? “If my people, which are called by my name, shall humble themselves, and pray, and seek my face, and turn from their wicked ways; then will I hear from heaven, and will forgive their sin, and will heal their land” (II Chronicles 7:14).