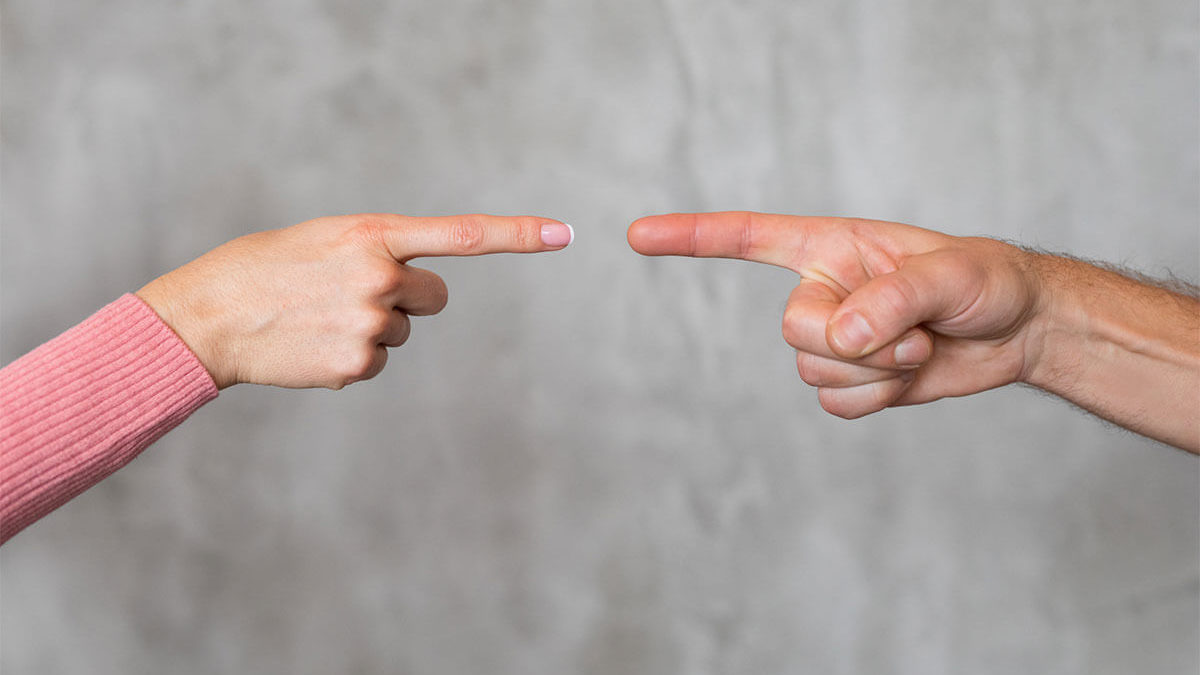 “She started it!” “It’s all your fault!”  Ahh, the sounds of childhood, or life.  Being the one who started the conflict or the one at fault means that you are the guilty party.  While most of the world does not seem to care about fault, I would like to assure you that God does care.

I am certain that this article will not win me friends, but this is the phrase God put on my heart.  During the early mornings of these summer months, I have read a phrase multiple times in my Bible.  “…the sins of Jeroboam the son of Nebat, who made Israel to sin.” This phrase, pointing to the guilt of Jeroboam and his part in causing others to sin, is repeated for over 100 hundred years’ worth of kings who followed him.   What was it that Jeroboam did?  Why is he blamed for causing others to sin?  Perhaps a brief review is needed.

King Solomon died, and because he turned his heart away from following the Lord, God took ten tribes and gave them to Jeroboam to rule.  All of God’s laws concerning worship and sacrifices were still in effect.  However, Jeroboam began to consider that if “his” people continued to go to Jerusalem for their worship, their hearts would turn back to the idea of just one kingdom.  So, he built altars and idols and hired random people to run the worship and sacrifices for the children of Judah, making it easier for them to fulfill their requirements to worship.  By doing this, he caused Israel to sin by replacing what God required of His people.  He and his family were destroyed, but still, the reminder in the scriptures continued, “who made Israel to sin.”

One would need to have their senses blinded not to draw a very clear line from this to our current age.  Some would say that a change of worship and conduct as outlined in Scripture is needed for the modern-day lifestyle, watering down the Gospel that was given to us and thereby making it an unrecognizable feeling worthy of the description, “who made Israel to sin.”

I am not a pastor leading a flock to a more convenient Christian life; but I am a Christian, so I started to wonder, “Do I do anything that would cause others to sin?” Do I gossip and cause others to have bitterness in their hearts? Do I live a disorganized life causing frustration to my family? Do I react in anger, causing anger in others?  Do I, in pride, run my mouth off about a situation and cause resentment in another? See how quickly one can be at fault? Perhaps that is why the Lord so wisely said, “He who is without sin, cast the first stone.”

Actions have consequences.  I shudder to think that it might be said of me that she “made others sin.” I don’t want the legacy of Jeroboam, where for all eternity we are reminded of his fault.  May my actions and yours be ones of steadfastness and encouragement to others.  Let us not be guilty of causing others to turn from their faith.  Whose fault is it?

How to Live Life Abundantly