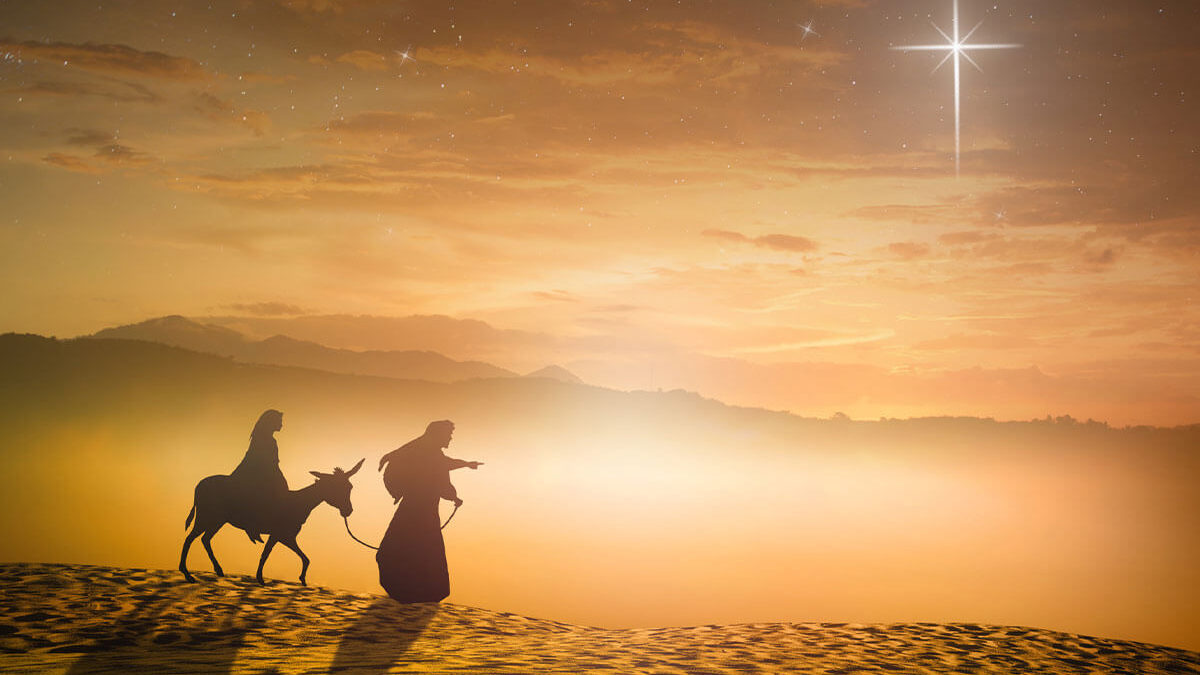 In Matthew 2:7, we see the babe (Christ) in the manger.  The coming of this King angered Herod, verses 3-8. The wise men were directed by a star to Bethlehem to worship Him and offer their gifts in verses 9-12. It was not uncommon to bring gifts and offerings to princes and kings.

Christmas is an appropriate time to give gifts because Jesus is the greatest free gift and Giver of all.

Luke’s Gospel was historical and written especially to the Greek and the thinking man. Its purpose is to present Jesus as the Son of God. It is important to understand that the Gospels of Matthew, Mark, and Luke were each directed to a particular segment of society.

The Gospel of Christ was communicated to the world in the Greek language, and God used Alexander the Great to make that possible. Some might like to think that the whole world included the United States of America, but the Greek word is Oikoumene means inhabited earth, and refers to the world of that day.

Caesar Augustus (Octavianus) was the adopted son of Julius Caesar. Augustus was not a name, but a title, and when the Senate presented to him a name such as king or emperor, he was not satisfied. Instead, he chose the title Augustus because it had a religious significance and was an attempt to deify himself or make himself a god.  He wanted to be worshipped as a god, yet today nobody reveres or pays taxes to him. It was no accident that Luke mentioned his name.  He signed the decree that the whole world should be taxed because he needed the money to raise a mighty army to control his vast empire and to live in luxury himself.

Joseph and Mary left Nazareth in Galilee and went into Judea to Bethlehem, the city of David. It was prophesied that both of them should go to Bethlehem because they were of the house and lineage of David. Augustus signed a tax bill that brought Joseph and Mary to Bethlehem to register. Little did Augustus realize that this woman was carrying the Son of God in her womb.

It’s amazing that while Augustus has been forgotten, millions still worship Christ and call Him Savior. Caesar Augustus was merely the tool in God’s hand to bring to pass the prophecy in Micah 5:2: “But thou, Bethlehem Ephratah, though thou be little among the thousands of Judah, yet out of thee shall he come forth unto me that is to be ruler in Israel; whose goings forth have been from of old, from everlasting.”

God arranged everything that happened, and Luke describes the details, even the manger and swaddling clothes on the Son of God. How perfectly human He was; yet, He was God manifest in the flesh, come into the world as Savior. He retained His Deity but laid aside His glory and took upon Himself humanity.

Notice that verses 13-14 do not speak of the peace which is sought today, but peace to men of good will according to Isaiah 48:22: “There is no peace, saith The Lord, unto the wicked.”

In verses 15-16, the shepherds hurried to Bethlehem and found Mary, Joseph, and the Baby Jesus.  They were probably the first to visit the baby since Matthew tells us that the wise men arrived much later. It is certainly not without significance that this great announcement came to these humble Hebrew shepherds “keeping watch over their flock by night.” It illustrates two truths so prevalent in the Bible:

We, with our human nature, would have chosen the wisest and wealthiest in the land to receive such an announcement; but God chose the lowly shepherds, unknown and of small accomplishment as far as the world is concerned. Please read 1 Corinthians 1:26-29.

The main thoughts of Luke’s passage are these:

Welcome tidings from the spiritual world—angels

Verses 9-10 says, “They were sore afraid … fear not, I bring you good tidings.” Why have people always been so afraid when it comes to the supernatural? Why have they feared hearing from heaven? Sinners are conscious of their sin and believe that God will deal with them through condemnation, judgment, and punishment.

The birth of the “Babe” in Bethlehem—what did it mean?

There was political as well as spiritual demoralization at this time. On that day was born into the world a Savior, a Redeemer, and One who would save the world from the power and penalty of sin.

We who have sought to rule ourselves, to be the masters of our own lives and who have suffered so much, are now able to find rest and joy by submitting ourselves to Him who is “The Lord” of all hearts and lives. Then we can have true peace and “great joy.”

Yes, Jesus was born to be King, and the question is, is He your King? Will you have a great and meaningful Christmas this year? Will you always be grateful for and mindful of “The Miracle of Christmas?”

MERRY CHRISTMAS TO ALL!

An Ornament of Grace