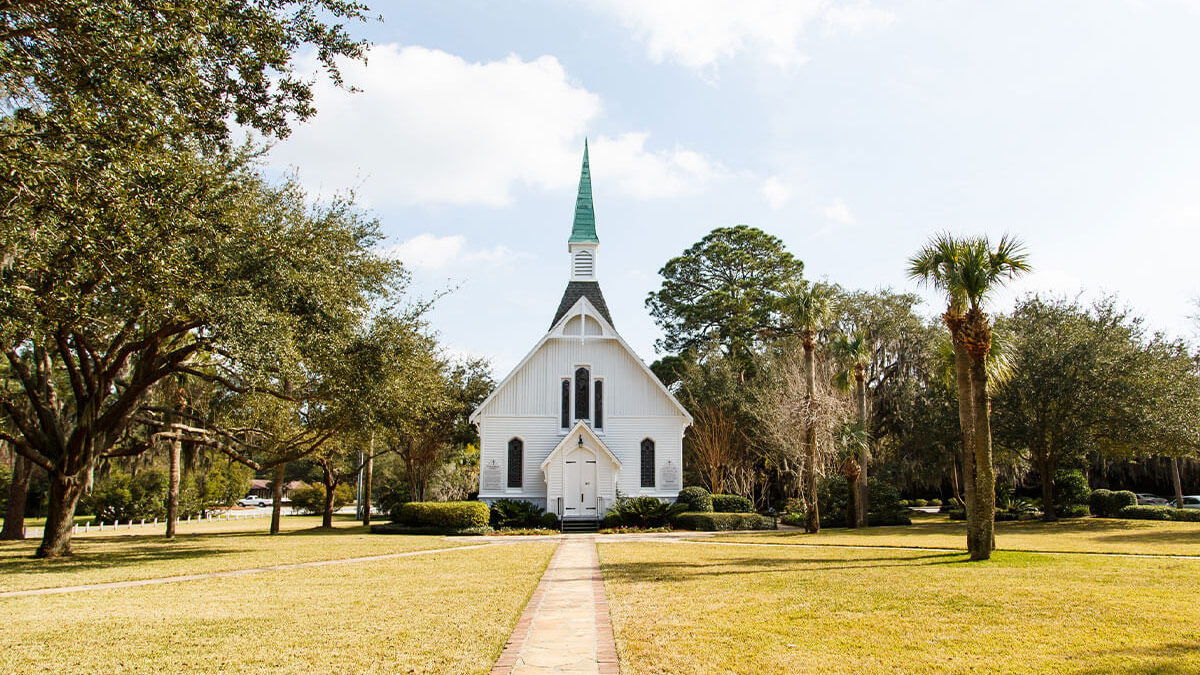 Although David’s name is not in the title of this Psalm, many believe it was penned by him because:

So, David expresses his affection with great devotion:

In the reading of this great Psalm, we should have the same affection toward the Lord that David had, and then it will bring the same kind of happiness to us.

Someone said, “Church is public, and our faith is to be strengthened and refreshed by waiting together on the Lord. There is an obvious courtesy that men should assemble together for the worship of the Most High, and no Christian can hope that his faith will grow or that he can perform his duties to God without fellowshipping with those who love and serve God.”

I. BECAUSE OF THE COMMAND AND AUTHORITY OF GOD

Deuteronomy 12:5, “But unto the place which the LORD your God shall choose out of all your tribes to put his name there, even unto his habitation shall ye seek, and thither thou shalt come:”

Hebrews 10:25, “Not forsaking the assembling of ourselves together, as the manner of some is; but exhorting one another: and so much the more, as ye see the day approaching.”

“Not forsaking the assembling of ourselves together.” That is, for purposes of public worship. Some have understood the word assembling as meaning a group of Christians or the church, and they believe that the object of the apostle here is to exhort them not to neglect the church.

The Greek word is used nowhere else in the New Testament except in 2 Thes. 2:1, where is given the noun gathering together.

It properly means an act of assembling or a gathering together, and is nowhere used in the New Testament in the sense of an assembly or the church. The command then is to meet together for the worship of God, and it is commanded that Christians think it an important duty to do it. It is also implied that it is sin when this is neglected.

“As the manner of some is.” We are not told why they neglected public worship. It may have been for the following reasons:

“ But exhorting one another.” That is, in our assembling together—a direction which proves that it is proper for Christians to exhort one another when they are gathered together for church. In fact, there is reason to believe that the preaching in the early Christian assemblies included much mutual exhortation.

“And so much the more as ye see the day approaching.” The term “day” refers to some event that was expected and which was so well understood by them that no particular explanation was necessary.

III. BECAUSE OF THE HELP AND COMFORT OF GOD.

And may I say that it also helps to avoid trouble in the first place.

Psalm 137:1-5, “Fret not thyself because of evildoers, neither be thou envious against the workers of iniquity. For they shall soon be cut down like the grass, and wither as the green herb. Trust in the LORD, and do good; so shalt thou dwell in the land, and verily thou shalt be fed. Delight thyself also in the LORD; and he shall give thee the desires of thine heart. Commit thy way unto the LORD; trust also in him; and he shall bring it to pass.”

IV. BECAUSE OF THE INSTRUCTION, LEARNING FROM GOD.

Micah 4:2, “And many nations shall come, and say, Come, and let us go up to the mountain of the LORD, and to the house of the God of Jacob; and he will teach us of his ways, and we will walk in his paths: for the law shall go forth of Zion, and the word of the LORD from Jerusalem.”

V. BECAUSE OF THE EXAMPLE OF CHRIST HIMSELF.

Luke 4:16, “And he came to Nazareth, where he had been brought up: and, as his custom was, he went into the synagogue on the sabbath day, and stood up for to read.”

Look again at verse 12, “O LORD of hosts, blessed is the man that trusteth in thee.”

That is, more of His grace and mercy to

So the next time you go to church, understand that it is more than just another gathering, but it is literally to be in the presence of God in our worship.

David recognized the importance of being in the House of God, do you?

Let us be faithful in our church attendance!

What the World Does Not Know

Are You a Nominal Christian? – Part 2