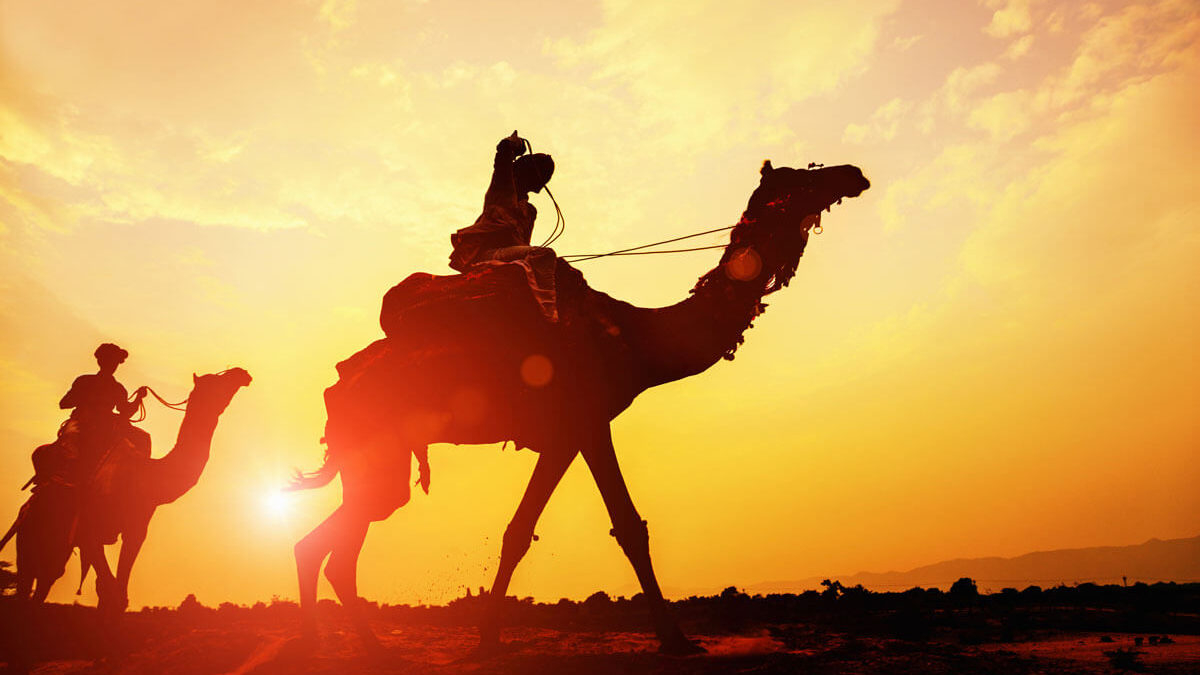 “And Rebekah arose, and her damsels, and they rode upon the camels, and followed the man: and the servant took Rebekah, and went his way.” (Genesis 24:61)

I’m interested today in the subject of the chapter from which our text is taken. Genesis 24 is a chapter which revolves around the subject of “Seeking a Bride for the Son.” In this great chapter, there are a number of things which relate to this matter. We see the Purpose of the Father (v. 1-4). He is interested in procuring a bride for his beloved son. This reminds us of the purpose of the Heavenly Father, who likewise is desirous of procuring a bride for His beloved Son.

In this chapter, we learn about the Position of the Son (v. 36). All the Father possesses has been given to his son. This reminds us of Hebrews 1:2, where the writer tells us that God “hath in these last days spoken unto us by his Son, whom he hath appointed heir of all things.”

In this chapter, we see unfolded before our eyes, the Prospects for the Bride (v. 4). She was thought of before she herself knew it, and arrangements were made for her to be offered the opportunity to become the bride of the beloved son. Likewise, we, the bride of Christ, do not know what is in store for us, for Paul states in Ephesians 1:4, “According as he hath chosen us in him before the foundation of the world.”

In this chapter, we note the Proclamation of the Servant. This unnamed one (a type of the Holy Spirit) speaks not of himself but of the vast resources of the Father (v. 35) and of the glory of the Son (v. 36).

And in this chapter, we see the Promise of Home (v. 67). She arrives to meet the bridegroom and is taken to his home to be with him for the rest of her days. In the same way, He has gone to prepare us a place; and one day, we will be at home with Him.

First, note Her Free Will – “And they called Rebekah, and said unto her, Wilt thou go with this man? And she said, I will go” (v. 58). When word came to Rebekah by way of the servant about the son and the invitation to become his bride, she was given an opportunity to exercise her free will and make a choice. This was an important choice. It would change her life and determine her future. It was an imperative choice because there was no promise that the servant would continue his persuasions if she said no. And it was an individual choice for no one else could decide for her.

What an illustration of salvation – the invitation to become a member of the Bride of Christ! It is an important choice, most certainly an imperative choice, and it is an individual choice. Each individual must exercise his free will in this eternally important decision.

Next, we see Her Faithful Walk – “And Rebekah arose…and followed the man: …and went his way” (v. 61). Once Rebekah had made her choice, she set out on a journey which would culminate in her meeting the promised bridegroom. This journey upon which she embarked could be summarized by three statements. It required a walk of submission. The Bible clearly tells us that she “followed the man” and that she “went his way.” And as we make our journey toward the meeting with the One to whom we have been betrothed, we must travel in submission to the leading of the Spirit.

It was also a walk of study, for time was spent learning about Isaac. She must have been filled with questions about this one of whom she had heard but never seen, and the servant must have spent many hours talking about the wonder of this beloved son. Our journey should be a walk of study, spending time with the Holy Spirit, seeking to know more about the Son.

Finally, we note Her Fantastic Welcome (v. 62-67). This chapter concludes by telling us about Rebekah’s arrival at the place she would call home. She has been learning about Isaac; she has begun longing for Isaac; and then she starts looking for Isaac! And Isaac is as eager as she is. He has been to Mount Moriah, and the work there has been done. The calling of the bride is the task of another. So, he waited in his father’s presence until it was time to go meet his bride. And they met – not at her home, nor at the son’s home, but in between. Paul reminds us concerning our Bridegroom, “For the Lord himself shall descend from heaven with a shout, with the voice of the archangel, and with the trump of God: and the dead in Christ shall rise first: Then we which are alive and remain shall be caught up together with them in the clouds, to meet the Lord in the air: and so shall we ever be with the Lord” (I Thessalonians 4:16-17).