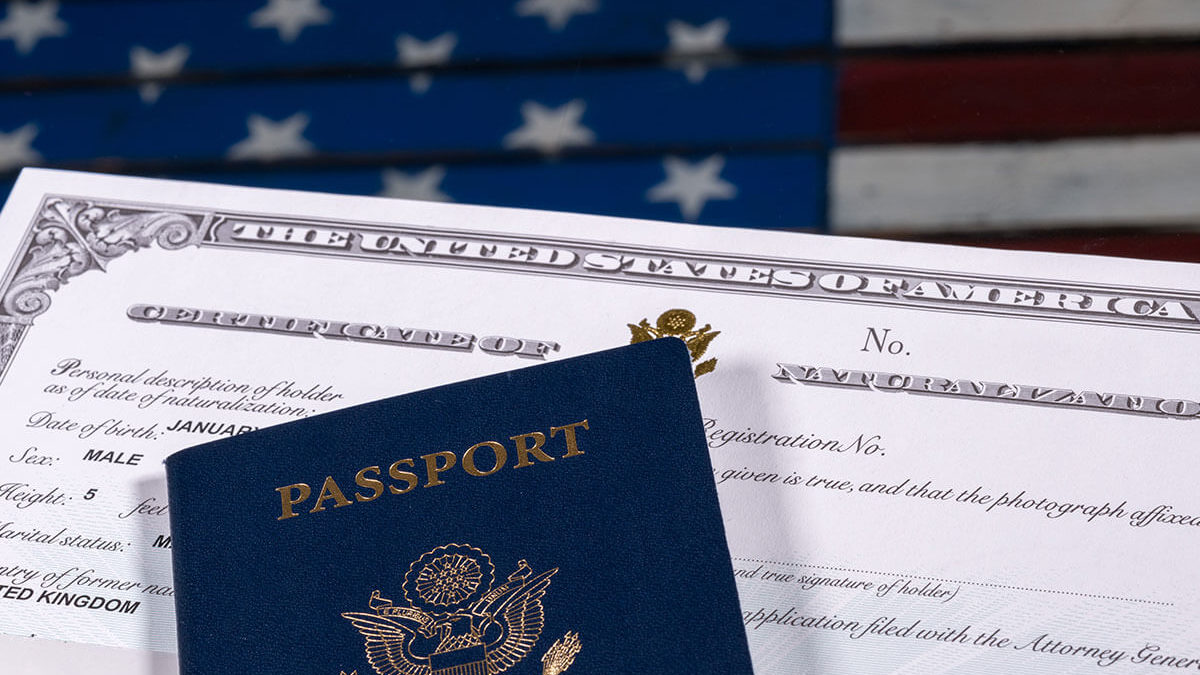 I remember well the day that my sister, brother and I came to this country. It was like a dream come true. As a child, I would hear people talk about the great United States of America. I would imagine in my mind what it would be like to be in this great country. In November of 1976, became a reality when my siblings and I landed at the San Francisco airport. It was all that I imagined and more. Yes, I missed relatives and acquaintances from my home country, but I was also glad to be here.

Five years after coming to the States, at the age of 18, I became eligible to become a naturalized citizen of this country; but I did not pursue my citizenship as I knew that I must renounce my allegiance to my home country, and I was not prepared to make that decision. I cherished my heritage, but at the same time, loved my new home enough not to make any promises that I was not willing to keep.

It was another five years before I was finally willing to become a United States citizen. I recall meeting in a large room in the immigration office in San Jose, California, to recite the Pledge of Allegiance. I knew what the Pledge meant, and I meant what I pledged that day. Though I still retained certain aspects of my culture, I became an American that day.

Let me contrast that wonderful event with another citizenship swearing-in ceremony that I recently attended.

Instructions for the ceremony were given in several languages besides English.

The national language in America is English. A person should not be a citizen if he is unable to communicate in that language. Language will either divide us or unite us as a nation. Let us remember what God did to Nimrod and the people who were building the Tower of Babel. They were united in one cause until God confounded their language.

If we, as a nation, are going to be united in one cause, we must maintain one language. It should be an insult to a true American to be offered instructions and forms in any language besides English. What a wonderful day it would be if we eliminated all these foreign language forms, and it might even save us a lot of money.

The Filipino who was giving instructions in another language admonished the hearers to remember that “whatever happens in this room today, do not forget that you are still Filipino.”

The other people giving instructions in foreign languages may have said something similar, but I did not understand them because I do not understand those other languages. I do understand Tagalog, however, and the statement that the speaker made was not true.

The moment you say the Pledge, you become an American. You may still speak your native language and enjoy food from your native country, but that pledge makes those who take it Americans.

If you are thinking about becoming a United States citizen, may I suggest:

2. Learn the history of this country.

3. Learn what America is all about by reading the words of the Founding Fathers of this nation.

4. Study the Constitution. It is the highest law in the land, and it represents what America is all about.

5. Do not become a citizen unless you are willing to abide by the Pledge.

Many immigrants, sad to say, view American citizenship as merely a means for government entitlements so they can retire in style in their native country.

America is an idea, not a handout. The freedoms we enjoy were bought and paid for by men and women who paid the ultimate sacrifice of their lives.

Let me close with this illustration. It was right after 9/11, and my family and I were headed towards Salinas to visit with family. While driving down Highway 101, I noticed a car beside me with one of the occupants waving a flag from another country. (I found out later that it was some sort of Independence Day for this foreign country.) Call it righteous indignation or whatever else you please, but I immediately rolled down my window and yelled to the person holding the flag that if he liked that country so much, he should just go back there. I even followed him to his exit and expressed the same sentiments to him again. I know; that was not very Christian. By this time, my wife, who had been asleep along with the children, woke up and asked me why I said what I said to that man. We pulled in to a mall, and it was then I noticed that all the American flags were at half-mast. “That is the reason,” I told my wife. That was no time to be waving any flag other than the American flag. In fact, I am not sure there is ever a good time to be waving any flag beside Old Glory.

To those of us who came from other countries to become citizens of this country, let us all keep our promises.

Tom Apusen is an Assistant Pastor at North Valley Baptist Church. He is the pastor of the Filipino Department, and he heads up the missions, security, and transportation ministries.

Helps for Ladies, Helps for Youth

Answers for Your Marriage

Having a Successful Semester of Bible College