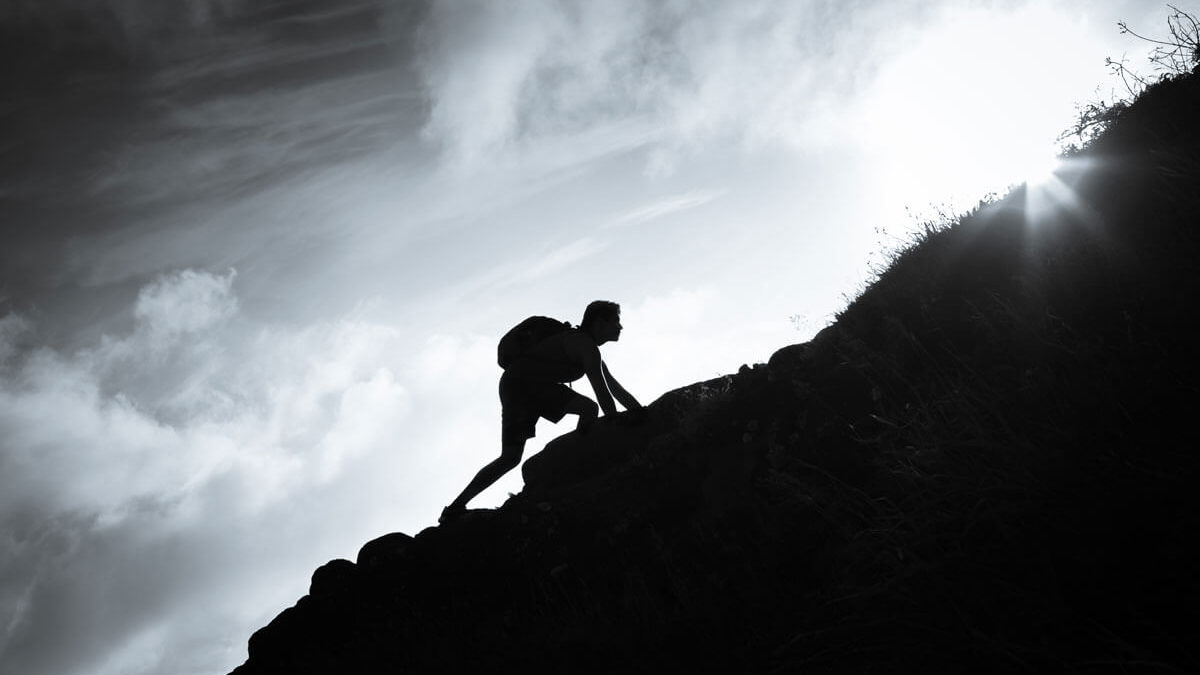 “We are troubled on every side, yet not distressed; we are perplexed, but not in despair; Persecuted, but not forsaken; cast down, but not destroyed.” (2 Corinthians 4:8-9)

As believers, we are citizens of another country who are living on foreign soil. It is not without cause that we are instructed to gird ourselves for battle as a soldier prepares himself for war (Ephesians 6:11-18) and admonished to “endure hardness as a good soldier of Jesus Christ” (II Timothy 2:3). A life of ease is not promised to the child of God. Isaac Watts captured this truth when he penned the words to his great hymn, “Am I A Soldier of the Cross?”

Must I be carried to the skies On flowery beds of ease,
While others fought to win the prize, And sailed through bloody seas?
Are there no foes for me to face? Must I not stem the flood?
Is this vile world a friend to grace, To help me on to God?
Sure I must fight, if I would reign; Increase my courage Lord;
I’ll bear the toil, endure the pain, Supported by Thy Word.

The man who penned the text for us today understood what this was like. The Apostle Paul was a man who was well acquainted with hardship and difficulty; and in our text, he writes of what he is experiencing.

Notice in the text, the onslaught – “troubled… perplexed… persecuted… cast down…” What an array of words to describe his situation. He was seemingly battered from every direction. The word “troubled” has to do with being pressured. It speaks of being squeezed. Paul was being pressured by things which were taking place around him. Every day that passed, the pressure mounted. I’m sure that we can all relate. Not only was he pressured, but he was also perplexed. That word carries the idea of being at a loss, not knowing which way to turn. Again, I’m certain that many of us can sympathize with Paul in this state, but also, he was persecuted. His enemies were always on his trail, seeking to hunt him down. Nowhere could he go and be at complete peace knowing that no one was watching his movements. Whatever he did, the authorities of that area were soon informed and encouraged to move against him. Does this not sound increasingly familiar, even in the country in which we live? And then he was “cast down.” One way of expressing the thought behind this phrase is “to be thrown over and again to the ground.” He was prostrated—knocked flat on the ground, not just once, but repeatedly. Perhaps that is your state today. You have been knocked down repeatedly. Every time you get up to start again, something lands another blow to knock you off your feet. What an onslaught to face! But this is not the part that Paul seeks to emphasize.

Paul mentions the onslaught, but he emphasizes the outcome—“yet not distressed… but not in despair… but not forsaken… but not destroyed.” Pressured, but not distressed. He may have been hard-pressed, but he wasn’t hemmed in. While the physical man may be constrained by the pressures of this life, the spiritual man can soar above on wings of faith. He was perplexed, but not in despair. In this case, Paul uses a play on words. While the word for perplexed carries the idea of being at a loss, the phrase “not in despair” carries the thought of not totally at a loss. We often do not understand what God is doing, but we are not totally at a loss, for we don’t have to figure it out—we can faith it out. He was persecuted, but not disowned—“not forsaken.” Paul knew what it was like to be forsaken. When he penned his final letter to Timothy, he wrote: “At my first answer no man stood with me, but all men forsook me.” But notice what he told Timothy, “Notwithstanding the Lord stood with me, and strengthened me” (2 Timothy 4:16-17). Though others might be hunting him down, the Lord was holding him up! And finally, he was prostrated, but not destroyed. Knocked down and knocked down and knocked down, but never knocked out! Paul’s enemies could malign him and mock him and mob him and maul him. They could even murder him; but even then, they could not win, for all they did was martyr him! Over nineteen hundred years after the emperor Nero sent Paul to the executioner, we name our sons Paul and our dogs Nero.

Dear friend, you may be in a situation like Paul. If you were asked to describe it, you would say, “I’m troubled, perplexed, persecuted, and cast down.” Yet like Paul, if we will lift our gaze toward heaven and look to our Savior, we can also say, “Yet not distressed, but not in despair, but not forsaken, but not destroyed.”

While the hour may come that because of our human frailty, we do find ourselves distressed and even in despair, the good news is we will never find ourselves forsaken, and we can never be destroyed!

Are You Running on Empty? - Part 2

Success Through the Scriptures

Watch Out for the Trap