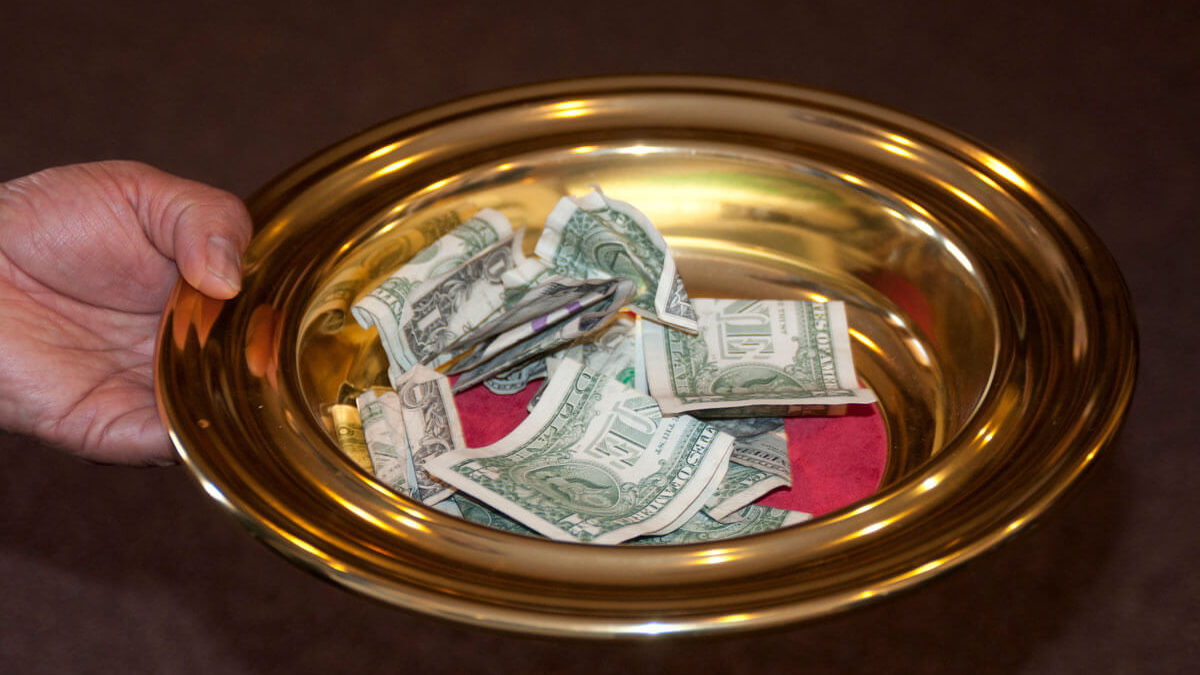 I. GOD’S PURPOSE FOR CHRISTIAN GIVING

A.   To finance and spread the Gospel.

1 Timothy 5:17-18, “Let the elders that rule well be counted worthy of double honour, especially they who labour in the word and doctrine. For the scripture saith, Thou shalt not muzzle the ox that treadeth out the corn. And, The labourer is worthy of his reward.”

B.   To provide for the needs of the church.

2 Corinthians 8:14, “But by an equality, that now at this time your abundance may be a supply for their want, that their abundance also may be a supply for your want: that there may be equality:” 9:12, “For the administration of this service not only supplieth the want of the saints, but is abundant also by many thanksgivings unto God;”

C.   To develop our Christian character

A.   The tithe is an eternal principle in the Bible.

Genesis 14:17-18, “And the king of Sodom went out to meet him after his return from the slaughter of Chedorlaomer, and of the kings that were with him, at the valley of Shaveh, which is the king’s dale. And Melchizedek king of Salem brought forth bread and wine: and he was the priest of the most high God.

Hebrews 7:9, “And as I may so say, Levi also, who receiveth tithes, payed tithes in Abraham.”

B.   The tithe is given because of our love for the Lord, not because of the law.

C.   The offering is above the tithe.

A.   God finances His church through His people’s bringing their tithe to the storehouse.

Malachi 3:8-10, “Will a man rob God? Yet ye have robbed me. But ye say, Wherein have we robbed thee? In tithes and offerings. Ye are cursed with a curse: for ye have robbed me, even this whole nation. Bring ye all the tithes into the storehouse, that there may be meat in mine house, and prove me now herewith, saith the LORD of hosts, if I will not open you the windows of heaven, and pour you out a blessing, that there shall not be room enough to receive it.”

B.   The tithe is ten percent of our total income, as shown in the following two verses.

Genesis 14:20, “And blessed be the most high God, which hath delivered thine enemies into thy hand. And he gave him tithes of all.”

Hebrews 7:2, “To whom also Abraham gave a tenth part of all; first being by interpretation King of righteousness, and after that also King of Salem, which is, King of peace.”

There were at least nine different occasions (to be studied in a future lesson) for giving in the Old Testament under the Law of Moses. All giving and sacrifice is a way of honoring and worshipping God according to Proverbs 3:9: Honour the LORD with thy substance, and with the firstfruits of all thine increase.

C.   There were two tithes in the Old Testament:

The second tithe was taken out of what remained after the Levites’ needs were met, and it was given every third year (Deuteronomy 14:28-29).

D.   What happens when Christians do not give their tithe and offerings?