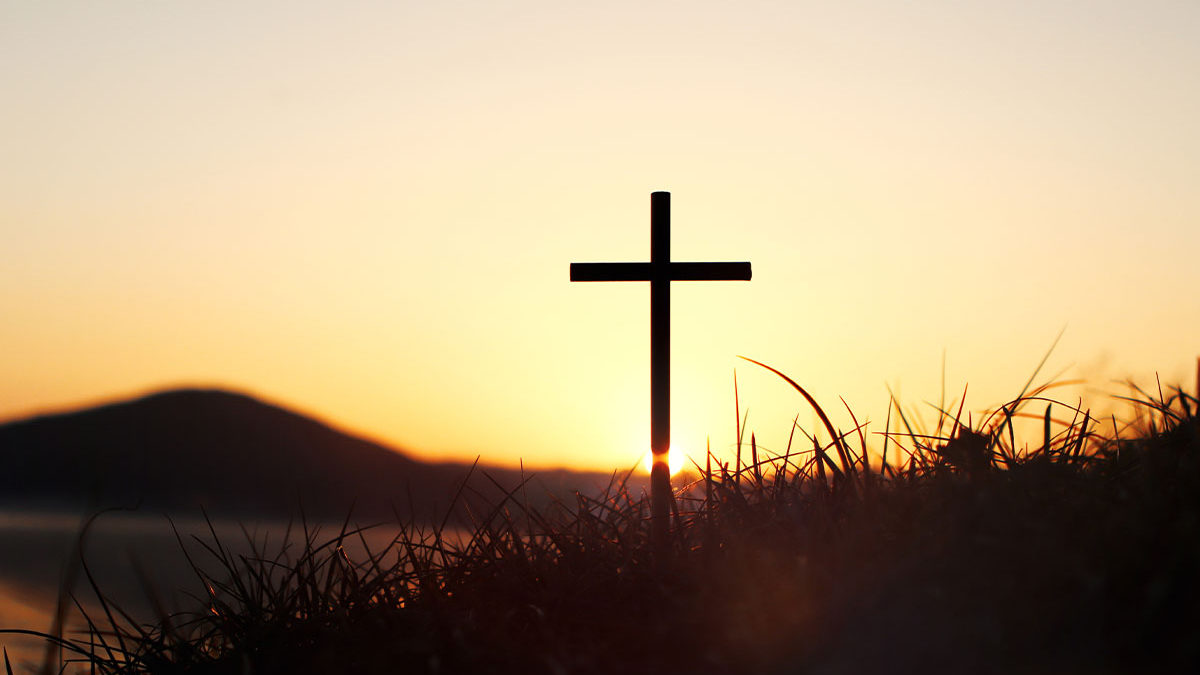 One of the greatest delights in this life is to study the Word of God. It is an inexhaustible book that contains God’s message for mankind. Recently I have been contemplating the power of words. We see it evidenced daily. A leading economist can speak, and the stock market will move in response. A news reporter can mention a possible shortage of some commodity, and a rush to the local store will result. Words have great power. This is likewise true of the Word of God. “For the Word of God is quick, and powerful, and sharper than any two-edged sword” (Hebrews 4:12). And the Word of God has great power as we allow it to enter into our lives.

Let’s begin by considering “Three Precious Words for the Soul.” I hear these words coming from the lips of the Savior at the climax of His greatest trial but also the moment of His greatest triumph. “It is finished” (John 19:30). With these words, the Savior gave up the ghost and slipped into the cold embrace of death. But He would remain there for only three short days, then up from the grave, He arose, triumphant over death, hell, and the grave. Of what was He speaking when He uttered those words?

First, I believe He spoke of the Consummation of Prophetic Scriptures, which had been finished. Throughout the era of time, from the days of Adam to the time of Malachi, the prophets had described step by step the humiliation and suffering that the coming Messiah would undergo. And one by one all of the prophecies had been fulfilled. Finally, knowing the remaining Scripture to be fulfilled, Jesus said, “I thirst” (John 19:28). Now it was finished. All had been fulfilled, just as was prophesied.

Secondly, I believe when He said, “It is finished,” He spoke of the Completion of His Personal Suffering. He was rightly called “a man of sorrows” (Isaiah 53:3). From the very beginning of His life on earth, the shadow of the cross had marked every step. “I am afflicted and ready to die from my youth up” (Psalm 88:15). This is a prophetic statement concerning the coming Messiah. If we were to trace it out, we could clearly see how the coming cross was always before Him. While the anticipation of the cross brought suffering, the reality of the cross brought far greater agony. Think of all that this included: the hours in Gethsemane; the betrayal by a kiss; appearances before Caiaphas, Pilate, Herod, and again before Pilate. The journey down the Via Dolorosa, the piercing of His hands and feet, the reviling of those who gathered round the cross. Perhaps the greatest agony of it all, the turning away of His Father as Christ, “became sin for us” (2 Corinthians 5:21). Well might the Sufferer ask, “Is it nothing to you, all ye that pass by? Behold, and see if there be any sorrow like unto my sorrow, which is done unto me, wherewith the Lord hath afflicted me in the day of his fierce anger” (Lamentations 1:12). But that is now ended – the Lord has bruised Him; man and the Devil have done their worst. The bitter cup has been drained. The storm of God’s wrath has spent itself. The darkness is ended, and the sword of Divine justice is sheathed. The wages of sin have been paid, and Divine holiness has been fully satisfied. With a voice that reverberates throughout the universe, the Savior cries out, “It is finished!”

Finally, I believe our Savior spoke of the Completion of a Perfect Sacrifice. From the Garden of Eden forward, there had always been the demand for a blood sacrifice, for “without shedding of blood is no remission” (Hebrews 9:22). The coats of skin for Adam and Eve, Abel’s lamb, the lambs slain at Passover, the morning and evening sacrifices offered by the Jewish priests, and on and on – but it was never enough. For “every priest standeth daily ministering and offering oftentimes the same sacrifices, which can never take away sins” (Hebrews 10:11). But all of that changed at Calvary, for “this man… offered one sacrifice for sins for ever,” and “by one offering he hath perfected for ever them that are sanctified” (Hebrews 10:12, 14). The Scriptures tell us that “He put away sin by the sacrifice of Himself” (Hebrews 9:26). As Elvina Hall expressed it, “Jesus paid it all, All to Him I owe; Sin had left a crimson stain, He washed it white as snow.”“It is finished!” Truly, three precious words for the soul!

Watch Out for the Trap