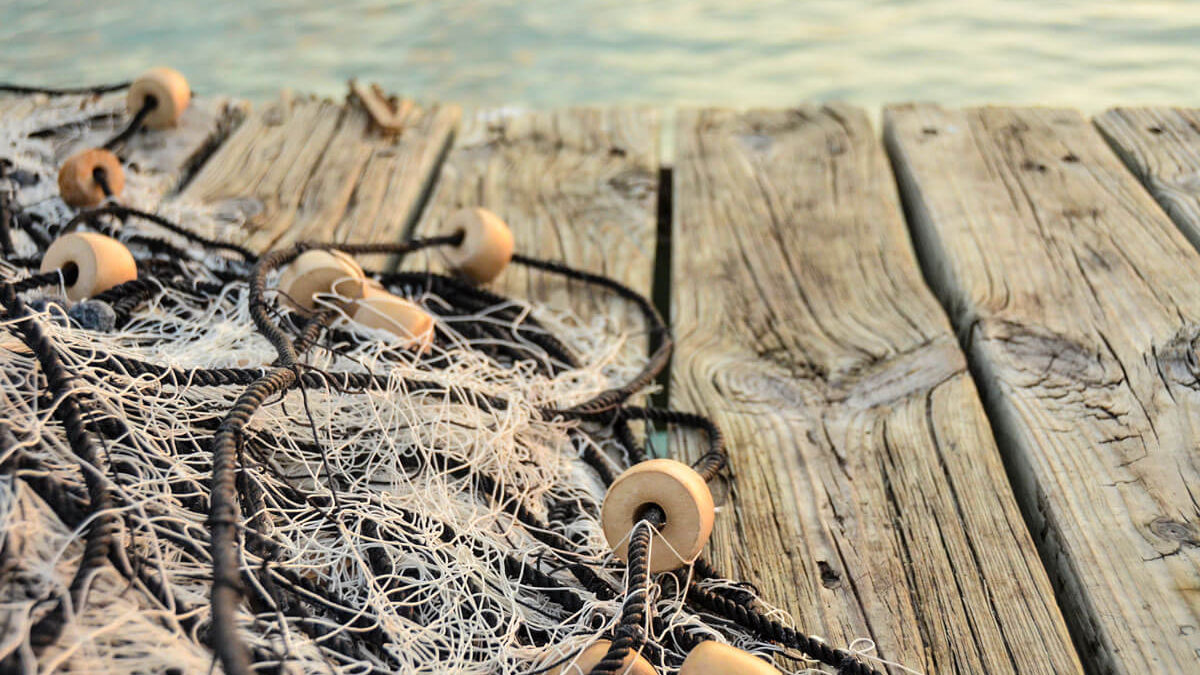 Verse 4: “Now when he had left speaking, he said unto Simon, Launch out into the deep, and let down your nets for a draught.”

When men go fishing, they leave with the goal of coming back with a good catch. The lesson of this text is about faith.  Jesus always uses a physical illustration to demonstrate a spiritual truth. Likewise, a preacher tries to take a message and illustrate it in such a way as to bring forth spiritual productivity in the lives of his people.  In this text, Jesus uses the illustration of going fishing.  In verse 1, “It came to pass, that, as the people pressed upon him to hear the word of God, he stood by the lake of Genesaret,”

What is the teaching of this verse?  We see that great crowds of people were eager to hear the Word of God.  Even Jesus Christ; God Incarnate, preached the Word of His Father, God.  He did not preach a philosophy of men. He preached God’s Word just as He had written it thousands—or millions—of years before. The principle here is that it is the preaching of God’s Word that changes lives.

Verses 2 and 3, “And saw two ships standing by the lake: but the fishermen were gone out of them, and were washing their nets.  And he entered into one of the ships, which was Simon’s, and prayed him that he would thrust out a little from the land.  And he sat down, and taught the people out of the ship.”

He taught the people on the shore.  He uses the story of fishing.  The word He uses for “launch” is in the Greek “epanago” – to lead upon.  “Epa” means upon, and “ago” means to lead.

I. THEY HAD TO THRUST OUT!

What Jesus is saying is that if you are going to catch fish, then you must launch out away from shore—you must lead upon.  In other words, it has the meaning of thrusting or casting out.  He is not going to catch a lot of fish along the shoreline.  He must cast out, whether in a boat or along the shore. Jesus used this illustration of fishing to demonstrate a far greater spiritual truth.  If you are going to catch fish, you must go out fishing.  What a spiritual truth of catching men! He is talking about catching fish but is comparing this principle to catching men.

II. THEY HAD TO GO OUT INTO THE DEEP!

The second thing He says is to go out into the deep.  If you are going to catch fish, you have to go where the fish are.  The fish are in the depths of the water.  They do not stay near the coastline because of the turmoil.  You have to go out into the deep to catch them.  What He is teaching the disciples is that if you are going to be fishers of men then you have to go where they are.  The lost are obviously not in church.  Sinners don’t often go to church. Occasionally when they do come, they sit in the back and hear very little of the preaching and teaching of God’s Word. They very rarely respond to the altar call to make a decision for Christ.  They must be caught and brought to church.  This is what Jesus is teaching in such a practical way.

Notice in verses 25-28, “For he commandeth, and raiseth the stormy wind, which lifteth up the waves thereof. They mount up to the heaven, they go down again to the depths: their soul is melted because of trouble.  They reel to and fro, and stagger like a drunken man, and are at their wit’s end. Then they cry unto the Lord in their trouble, and he bringeth them out of their distresses.”

God troubles the water to bring up the fish, much as He troubles the lives of the people He sends us. Often we go soul winning, and someone has just been praying due to troubles in their marriage, finances, or health; and here comes a soul winner knocking on the door, giving them calm waters—calmness through the Lord Jesus Christ. Jesus said to thrust out, to go where the people are.

III. THEY HAD TO RETURN!

Then He teaches the principle that they return.  In other words, He taught them not only to catch the fish, but to bring them in.

Look at verse 3, “And he entered into one of the ships, which was Simon’s, and prayed him that he would thrust out a little from the land.”

Jesus asked Simon if He could borrow his boat.  “And he sat down, and taught the people out of the ship.  Now when he had left speaking, he said unto Simon, Launch out into the deep, and let down your nets for a draught.

Here is another important principle for us. “And Simon answering said unto him, Master, we have toiled all the night, and have taken nothing: nevertheless at thy word I will let down the net.”

Here is the principle: whether we are full-time Christian workers or new converts saved only this past week; we are all held to the same standard of obedience. Peter said, “Nevertheless.” In other words, He commands immediate obedience. This truth could change our lives if we would just learn to obey God and do what He commands. This obedience was the key to Peter’s entire ministry.  Had he not said, “Nevertheless,” and done what Jesus commanded, he probably would not have been recorded in the scripture. But he said, “Nevertheless at thy word I’ll let down the net,—I’ll give it a try. I’ve done this all night long and nothing happened, “nevertheless…”

In verse 6, “And when they had this done, they inclosed a great multitude of fishes: and their net brake.”

There were so many fish that their net broke!  Verse 7 says, “And they beckoned unto their partners, which were in the other ship, that they should come and help them.  And they came, and filled both the ships, so that they began to sink.”

What to Expect in the Tent