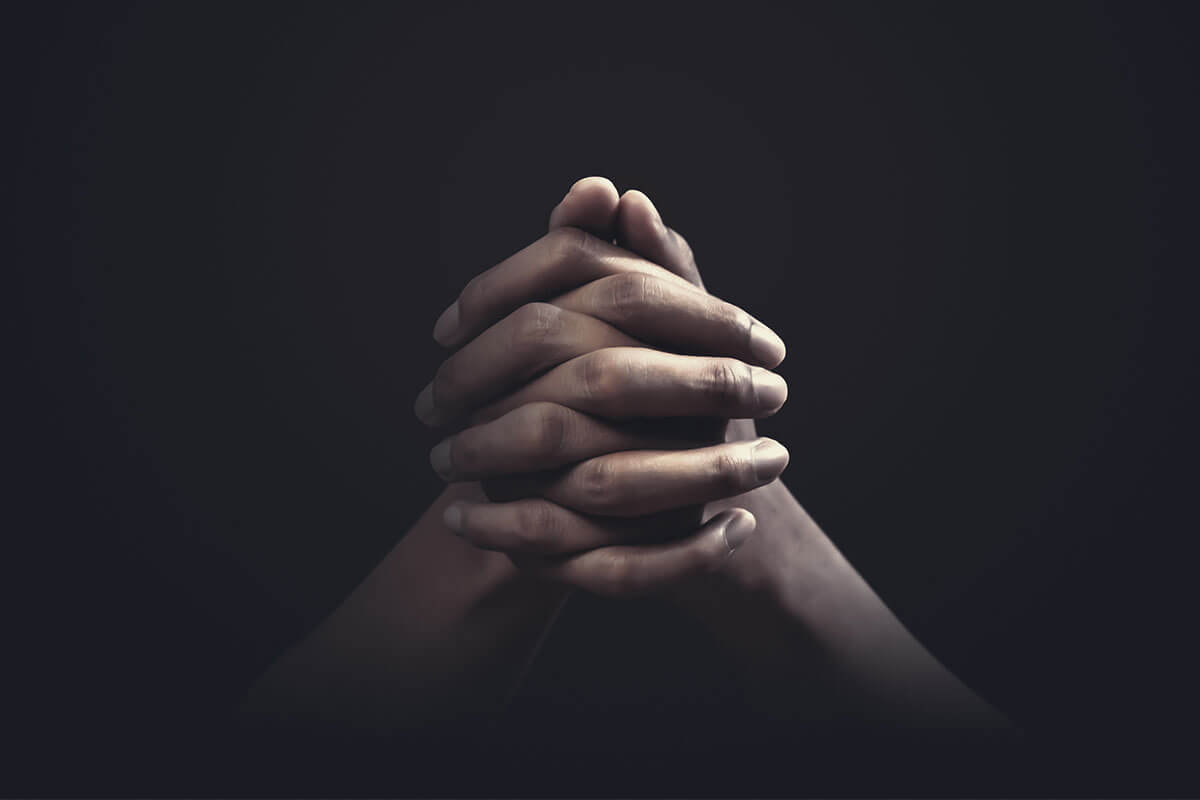 “And when they were come in, they went up into an upper room…. These all continued with one accord in prayer and supplication, with the women, and Mary the mother of Jesus, and with his brethren.” Acts 1:13,14

In these verses, we see something taking place that could not have happened before. A group of Christians are gathering for prayer, no longer in the Courtyard of the Temple, no sacrifice is offered, no priest is there to mediate, there is no intercessor, and no offering being brought.

Beginning with Abel in the book of Genesis, believers in the Old Testament had to bring an offering when they came for prayer. Job offered sacrifices to intercede for his children.

Hannah, the mother of Samuel, journeyed to the Tabernacle, taking a sacrifice with her in order to pray for God to give her a child. Can you imagine traveling to the house of the Lord only once a year to present your prayer requests before God?

“For this child I prayed; and the Lord hath given me my petition which I asked of him.” I Samuel 1:27

Provision was made for Jewish believers in foreign lands to pray toward the house of the Lord in Jerusalem. Daniel in Captivity opened his windows toward Jerusalem three times a day.

But this all changed when Christ became our sacrifice, providing the direct access we now have to the throne of God. He became our intercessor.

“And, behold, the veil of the temple was rent in twain from the top to the bottom.” Matthew 27:51

What a monumental achievement for believers this represented! This was the moment Old Testament saints were waiting for. No longer would they have to bring a sacrifice to have access to God’s presence. There was no more waiting for the Day of Atonement for the High Priest to enter into the very presence of God on earth.

Hannah would have given anything to see this day.

Job would have rejoiced to have this privilege.

This was what prophets had prophesied.

This was what Old Testament believers yearned for—to have access to God without a sacrifice, without a priest, whenever and wherever we find ourselves in the time of need.

What a privilege. What an honor. What an opportunity! And yet, how often do we take it for granted.

“O what peace we often forfeit, O what needless pain we bear, All because we do not carry everything to God in prayer.”

Ask Hannah if she would take this for granted. Ask Daniel what we should do with this access that prayer grants us. Ask the prophets of old and the priests in the temple what they would have given for this opportunity.

“What a privilege to carry everything to God in prayer.”

May we recognize the privilege we have. May we take advantage of the access we enjoy. And may we obey the command we’ve been given—to pray, to enter into the presence of an Almighty God through the vehicle of private prayer. No more sacrifice. No more priest. No more journey to Jerusalem—just you and God in private prayer.

“Let us therefore come boldly unto the throne of grace, that we may obtain mercy, and find grace to help in time of need.” Hebrews 4:16

An Adventure in the Love of God - Part 1

The Faithfulness of Mary