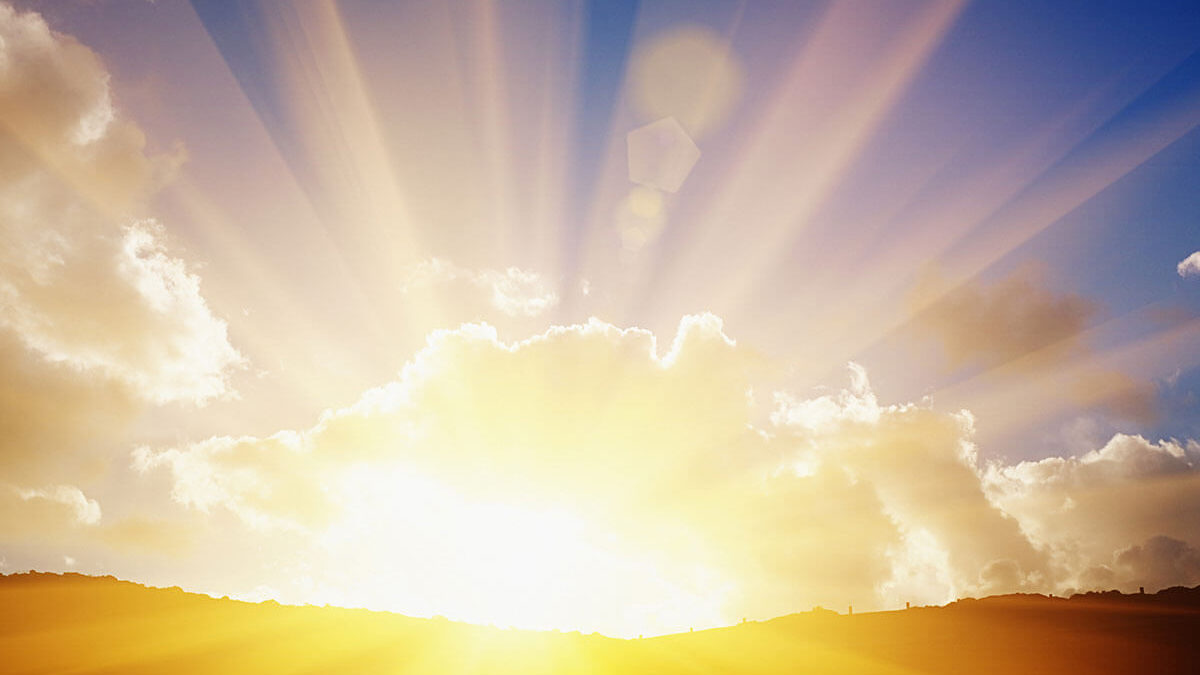 “Whereby the dayspring from on high hath visited us” (Luke 1:78)

Our thought for today comes from the testimony of Zacharias, father of John the Baptist, upon the birth of his son. He testifies to the fact that his son (John the Baptist) will be the forerunner of Jesus Christ (v. 76) and that the purpose of Christ’s coming will be to provide the remission of sins and to bring men from darkness to light (vv. 77, 79). It is in conjunction with this declaration that I want to direct our attention to three great days on the calendar of time.

We begin with the words of our text verse which remind us of the great Day of Incarnation. “Whereby the dayspring from on high hath visited us.” The children of Israel had been blessed above all people. They had been given the protecting hand of God. They had watched God perform great miracles in their midst. God had sent unto them His choice prophets—men like Moses, Elijah, Samuel, and Isaiah. They had been led and ruled by godly men such as Joshua, David, and Hezekiah. God had given to them His Word. Paul testified in Romans 3:2 that “unto them were committed the oracles of God.”

But like many who have had every advantage and opportunity, they scorned and rejected God’s blessings. They valued tradition more than God’s Word; they prized wealth more than worship; and they chose to worship idols rather than the Almighty God.

Elijah witnessed against them when he declared, “The children of Israel have forsaken thy covenant, thrown down thine altars, and slain thy prophets with the sword” (II Kings 19:10). Although God delivered them from their Babylonian captivity, they soon drifted far from Him once again. By the time we come to the last of the writing prophets, we find a people who have a veneer of religion but are far from God in their hearts. The final words of the last Old Testament prophet summed up the condition under which mankind is found, “a curse” (Malachi 4:6).

Because of their rebellion, they were under a curse. For some 400 years, the echo of that statement rang throughout the earth. While empires rose and fell and leaders came and went, time solemnly marched on and God spoke not one single word. It seemed as if God had abandoned mankind to their fate—lost without hope.

But the Apostle Paul reminds us that “God, who is rich in mercy… When the fulness of time was come, …sent forth his Son, made of a woman, made under the law, to redeem them that were under the law” (Ephesians 2:4; Galatians 4:4-5). When Christ the Son of God came to Bethlehem, wrapped in a robe of flesh, He was the Dayspring from on high. The word dayspring has to do with “daylight, sunrising, or daybreak.” In other words, the coming of light. Jesus came “to give light to them that sit in darkness and in the shadow of death, to guide our feet into the way of peace” (Luke 1:79). Jesus said in John 8:12, “I am the light of the world.”

When light comes, it reveals what has heretofore been hidden. Christ in His incarnation revealed the awful sinfulness of mankind. Despite their religious rituals and observances, they could never measure up to the Son of God. The Bible clearly reminds us of His perfection when we read that He “did no sin,” He “knew no sin,” and “in him is no sin” (I Peter 2:22; II Corinthians 5:21; I John 3:5). Even Pilate had to say, “I find in him no fault at all” (John 18:38).

Yet, because He revealed their sin, they hated Him. So, they rejected Him and crucified Him upon a cruel cross. But it was not only those who were there that day, it was also you and I as well. As a result of the combined sin of mankind, the Son of God was slain. And so the glorious Day of Incarnation came to a dark end as the shadows covered the earth.

But may I remind you that the end of one day merely makes way for a new day to dawn; and thus, the Day of Incarnation gave way to the Day of Mediation. Because of man’s rejection of God, he is under condemnation. We are all guilty—of that there can be no doubt: “For all have sinned and come short of the glory of God” (Romans 3:23); and “there is none righteous, no, not one” (Romans 3:10). All that awaits is certain judgment, “For the wages of sin is death” (Romans 6:23).

Job understood this problem of being alienated from God because of sin. Listen to the words of Job as he speaks of this alienation from God: “For he is not a man, as I am, that I should answer him, and we should come together in judgment. Neither is there any daysman betwixt us, that might lay his hand upon us both” (Job 9:32-33). Job knew that he himself could never approach God. His sin was far too great. Sin cannot exist in the presence of a holy God. What Job needed was a daysman, a mediator, someone to go between him and God.

Notice the wording Job used when he spoke about what this daysman would do: “that might lay his hand upon us both.” In Bible times, a daysman would be the intermediary between two parties that were alienated from one another. He would “reach out a hand” to each party, seeking to find common ground on which reconciliation could be made. His goal was to draw them back together.

Praise God that as the Day of Incarnation was coming to a close, the glorious Day of Mediation was about to dawn. For when man was at his worst, God was at His best! Christ stretched out His arms upon the cross of Calvary and shed His blood; He became our Daysman to reconcile us to God.

A daysman would extend a hand to each party, making an offer of reconciliation. As each party received the extended hand, they had to consider what it offered—was it sufficient to remedy the alienation? Could the offence be erased and put behind them? As Christ stretched His nail-pierced hand up to God, God looked at that hand and saw “law marks,” the law had been satisfied. “For the soul that sinneth, it shall die” (Ezekiel 18:20). Christ’s death on the cross had met the demands of the law, and God could take that hand.

As Christ stretches out His nail-pierced hand to men, we look, and when we look upon that hand we see “love marks,” marks of Him who loved us and gave himself for us (Galatians 2:20). In gratitude we can, by faith, take that hand; and as we take the hand of Christ, we are reconciled unto God. “And all things are of God, who hath reconciled us to himself by Jesus Christ” (II Corinthians 5:18).

But this Day of Mediation will soon come to an end. We can already see that the sun is sinking toward the horizon, the shadows are lengthening, night is approaching. If you have not yet accepted the offer of reconciliation through the work of Christ on the cross, don’t delay. “Behold, now is the day of salvation. To day if ye will hear his voice, harden not your hearts” (II Corinthians 6:2; Hebrews 3:15). Do it before the night comes.

The Day of Incarnation has come and gone; the Day of Mediation is drawing to a close; and when this day has concluded, it will give way to the glorious Day of Revelation. “We have also a more sure word of prophecy; whereunto ye do well that ye take heed, as unto a light that shineth in a dark place, until the day dawn, and the day star arise in your hearts” (II Peter 1:19). While the “Dayspring” marked the Day of Incarnation, and the “Daysman” characterizes the Day of Mediation; the “Day Star” speaks of the Day of Revelation when Christ will come again. “For the Lord himself shall descend from heaven with a shout, with the voice of the archangel, and the trump of God: and the dead in Christ shall rise first: then we which are alive and remain shall be caught up together with them in the clouds, to meet the Lord in the air: and so shall we ever be with the Lord” (I Thessalonians 4:16-17).

Mary had a little Lamb, He came on Christmas night; She laid Him in a manger bed, this King of Life and Light. He ate with poor and sinful folks, He claimed He was God’s Son; It made the leaders plot His death, this Holy Sinless One. And as for Mary’s little Lamb, His fleece was white as snow, He never sinned in any way while living here below. He shed His blood on Calvary’s cross, His life He freely gave; And if we ask Him in our hearts, our sinful souls He’ll save. This Lamb will one day come again, more Lion than a Lamb; Defeat His foes, reward His own—O, praise the day He came!