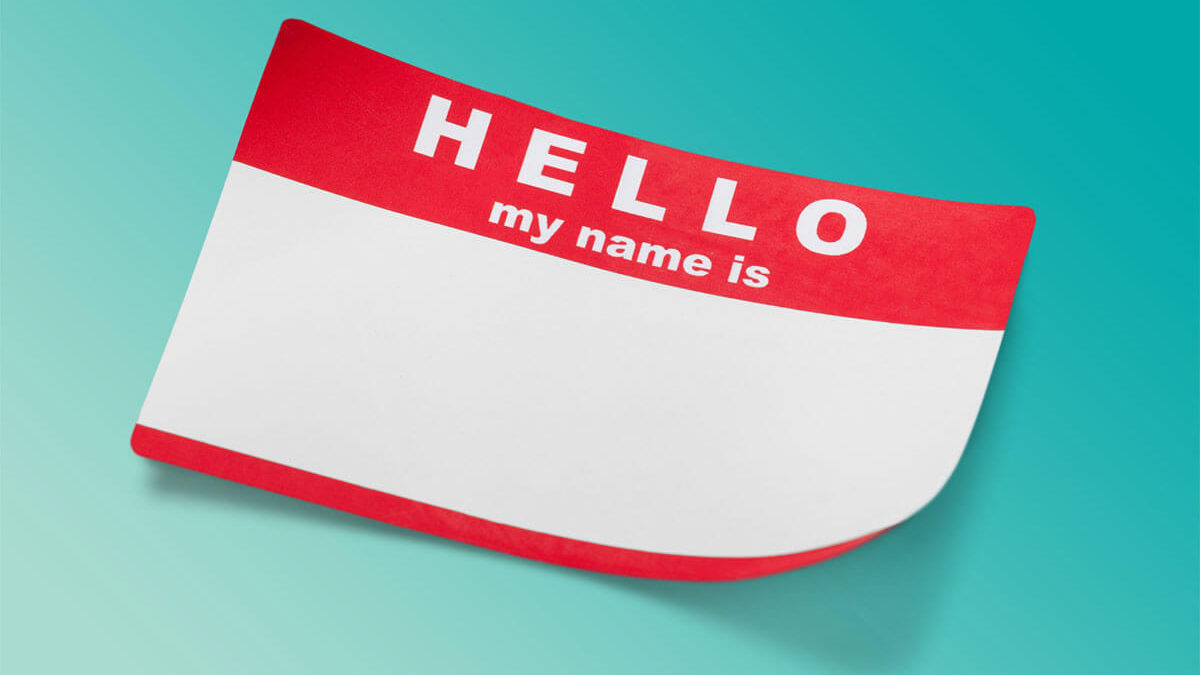 Hello, my name is Charlene. Have you ever taken the time to look up the definition of your own name? The meaning of my name is “free woman” or “warrior.” Although I like to believe I am free of the bondage of sin because of salvation or even free to make my own choices, I hardly see myself as a literal lady of war. If you know me, I’m quite small, and my self-defense skills consist of using pepper spray and screaming for help.

In the Bible, there was a man named Jacob whose name means “supplanter” or “deceiver”. His name happened to reflect his actions and character. He fooled his father into thinking he was his twin brother Esau. In doing so, he gained the inheritance that was meant for his older brother. This decision brought him down a path distanced from his angry and bitter sibling.

Life still moved on, and after many years, Jacob received the blessing of family and earthly riches from the Lord. Eventually, there came a point in his life when he had the opportunity to reconcile with Esau. He created a long caravan where he placed different people in front of the other. To protect himself, he was in the very back of the line behind Rachel and his children, who were behind Leah and her children.

“And he rose up that night, and took his two wives, and his two womenservants, and his eleven sons, and passed over the ford Jabbok. And he took them, and sent them over the brook, and sent over that he had.”- Genesis 32:22-23

This is an interesting part of the story when Jacob reached a fjord called “Jabbok”. He sent everyone else over the brook but stayed behind. The name of this place means “a pouring out” or “a wrestling.” This was when Jacob was found left alone wrestling a man until the breaking of day. I find this account very intriguing, and I wonder many things. For example:

“And when he saw that he prevailed not against him, he touched the hollow of his thigh; and the hollow of Jacob’s thigh was out of joint, as he wrestled with him. And he said, Let me go, for the day breaketh. And he said, I will not let thee go, except thou bless me.” – Genesis 32:25-26

We have got to give it to Jacob for being so resilient. He had the gumption to fight, but God put him in a position of humility when He touched the hollow of Jacob’s thigh. Sometimes, God puts us in a position where we must humble ourselves.

“And he said unto him, What is thy name? And he said, Jacob. And he said, Thy name shall be called no more Jacob, but Israel: for as a prince hast thou power with God and with men, and hast prevailed.” – Genesis 32:27-28

There was something that Jacob wanted, and God knew exactly what he needed. God gave him a new name; He gave him a fresh new start. Instead of being known as Jacob the deceiver, the Lord gave him the opportunity to be known as Israel the prince! What a transformation! God has the power to change a liar and a cheat into a man of royalty.

Perhaps you are wrestling God with an area of your life. You may find yourself in your Jabbok. When you and I do, we will find that we must either humble ourselves or let God humble us. In the end, when we make the right decision, God will bless us in an undeserving, unimaginable way. That’s just how amazing God is. He has the power to make something shameful and broken into something significant and beautiful.

What is your name? Whatever it might be, let God use it, mold it, and change it to something anew.

Miss Charlene Ilan and her family have been faithful members of NVBC for over a decade. She is an alumna of North Valley Baptist Schools and Golden State Baptist College and now teaches at GSBC in the English and Music Departments.