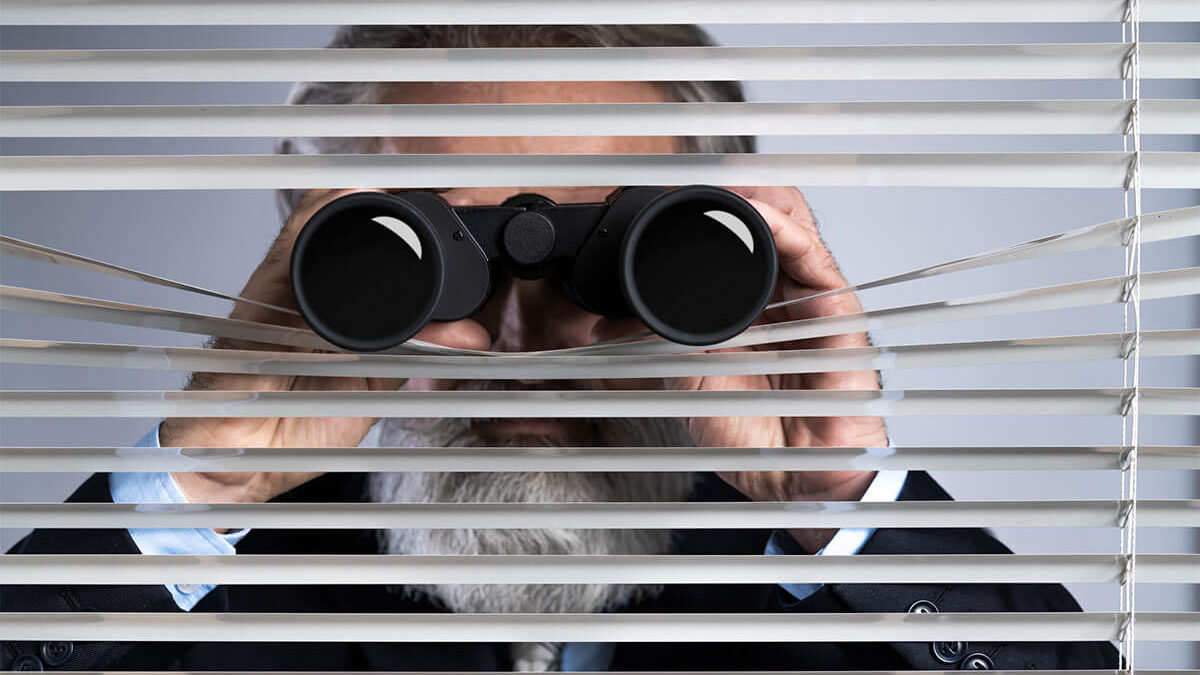 If I were to pick one man in Scripture who inspires me, I would have to pick Joseph. Though forcefully removed from his homeland at seventeen, he never became bitter or disillusioned. He wore the symbol of his family’s birthright and the approval of his father, and though he did nothing wrong, he was sold into slavery by his own family. After arriving in Egypt, he was sold to Potiphar, falsely accused by Potiphar’s wife, and thrown in prison. He then interpreted the dreams of the butler and the baker, interpreted Pharaoh’s dreams, was placed in charge of saving Egypt from starvation, and finally saved his father and brothers from death and devastation. Joseph had every reason to quit on God and join the world in their sinful delights. He was just one man, but he was a man in whom the Spirit of God was (Genesis 41:38).

As we follow Joseph, it’s evident that he was being watched.

Potiphar, a pagan man, was aware of the presence of God on the life of Joseph. Working as a slave, Joseph prospered in the house of Potiphar. What a comfort it must be to Christians knowing that even in the world, God is making Himself known. How humbling it is to know that an almighty God would use fallen man to accomplish His plan. People will become aware of you when the blessings of God rest in your life. Did Joseph feel blessed? I am not sure, but the Bible says that the house of Potiphar was blessed because of Joseph.

“And it came to pass after these things, that his master’s wife cast her eyes upon Joseph.” – Genesis 39:7a

Rest assured that wherever God is working, Satan is working too. Potiphar’s wife represents the temptation that every Christian will have to face. She could have had any man in her house, yet she chose Joseph. His determination to stay true to the Lord is truly inspirational.

“…how then can I do this great wickedness, and sin against God?” – Genesis 39:9b

3. The keeper of the prison watched Joseph.

Genesis 39:22 shows the trust that the warden of the prison had for Joseph. Something was different about Joseph. The man who was falsely accused still conducted himself in the most upright manner. How difficult it must have been for Joseph to keep his spirit right. It seemed that the reward for doing right was more punishment and pain, but what the world saw was a man who did not question the sovereignty of God in his life. He submitted to his circumstances, and the Spirit of God rested upon him.

Whether we like it or not, the world is watching Christians. Churches are live streaming to thousands who would not be able to attend their services. In our workplaces, on our social media, and in our everyday lives, unsaved souls are viewing everything we do. What we do, say, post, and like has an impact on people we may never meet. They are looking for someone to respond and act differently. Based on the life of Joseph, we can summarize what the world is looking for.

A. This world is watching our testing.

Joseph’s test was his own family. Like Christ, his own received him not. They took his coat of many colors and ripped it apart. Joseph had no control over this test. Can we not look at this example and commit our lives to stand firm when the tests come? We need more men and women like Joseph, who will rest in the spirit of God and continue through the difficulties of life!

B. This world is watching our trials.

When Potiphar’s wife could not force Joseph to sin with her, she took hold of his garment as he fled. She used this discarded garment to spin a tale of lies. Joseph’s trial came while he was already doing right and serving God. His coat of many colors was taken, and now this garment was used against him. I Peter 1:7 explains why we go through trials:

“That the trial of your faith, being much more precious than of gold that perisheth, though it be tried with fire, might be found unto praise and honor and glory at the appearing of Jesus Christ.”

Moses was not ready to lead until after forty years in the desert, and David was not prepared to be king until after Saul chased him.

C. The world is watching our triumphs.

Joseph must have felt that God was never going to rescue him. He interpreted the butler’s dream and asked that he remember him. Just as the butler forgot who had saved his life, we are forgetful for all the many blessings we have received from God. Two years later, Joseph was awakened and rushed to the palace where he had an audience with Pharaoh. Cleary disturbed, he pleaded with Joseph to explain the meaning of his dreams. Calming his nerves, Joseph answered,

Finally, the moment of vindication had come. God had not forgotten him! The test and the trial had been completed. The Egyptians gave him Pharaoh’s ring, a gold chain, and the fine linens a king would wear. It had to be surreal for Joseph. The memories of the coat of many colors and the garment from Potiphar’s house would have flooded his mind. One day, Christian, you and I are going to receive a royal garment as well. When Christ does appear, we will see our robes of white and see that great cloud of witnesses who were cheering us on. May we strive to hear those beautiful words, “Well done, thou good and faithful servant.”